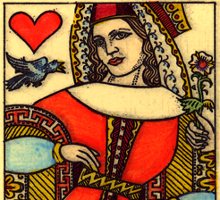 Karl Gerich's 28th deck, titled “Mayday Playing Cards”, is a decorated version of the standard 52-card English pattern with some continental influences. Decorated versions of the English pattern had been introduced by the manufacturer De la Rue during the 19th century and imitated by other manufacturers. The plate from which these cards are made was finished on the 1st May 1989, the day Steve Davis won the World Snooker Championship, hence his inclusion as an additional card and the title of the pack. The pack also includes a double-ended joker and the early versions came in a hand-painted box with a picture of King Henry VIII (‘Harrys’ was the designation for cards of the second quality). 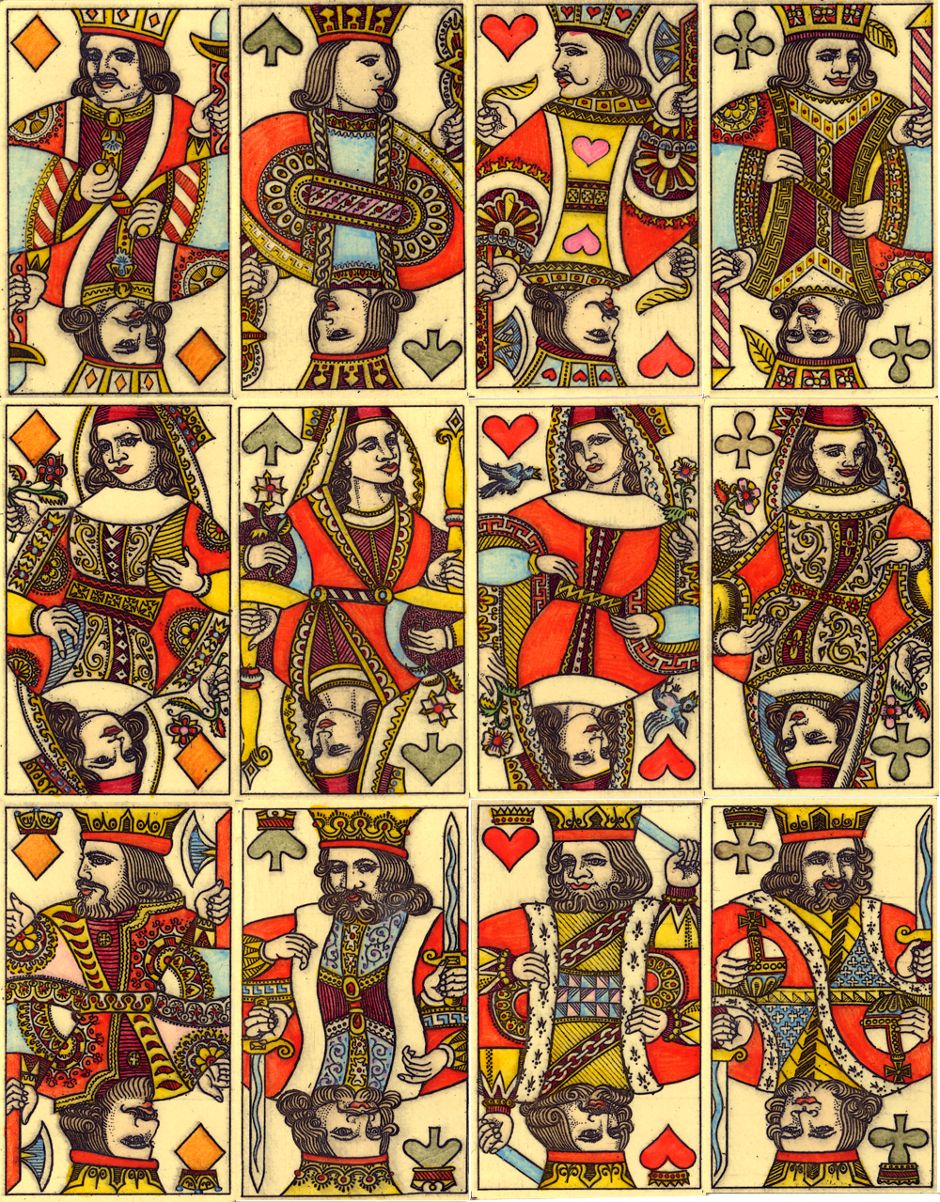 Above: cards from Karl Gerich's 'Mayday Playing Cards', a decorated version of the standard 52-card English pattern, published in 1989. The pack was issued in an edition of about 25 with some variations to the standard colouring; hearts are red, spades are blue, diamonds are orange and clubs green. The suit signs on the four Kings are crowned; the four Aces are plain (undecorated); the backs are plain (yellow). Printed from copper etchings on Daler Ford cover paper, pasted to a second (coloured) sheet, pressed, coloured, varnished. Victoria P.C.C. traded between 1st May 1989 until 17 December 1990. Cards measure 74mm x 44mm.