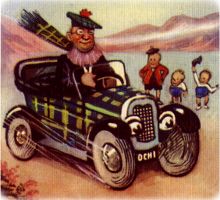 Belisha was published as a new and improved form of the universally popular game of Rummy, offering “more scope for intelligent play”. Based around a motor journey from London to Oban, Belisha was produced with a desire to make a helpful contribution to the national “Safety First” campaign following the introduction of ‘Belisha’ beacons, designed to reduce road casualties, particularly among children. By 1951 the black and white stripes, with Belisha beacons on either side of the road, were approved as ‘Zebra’ crossings. See the Box► 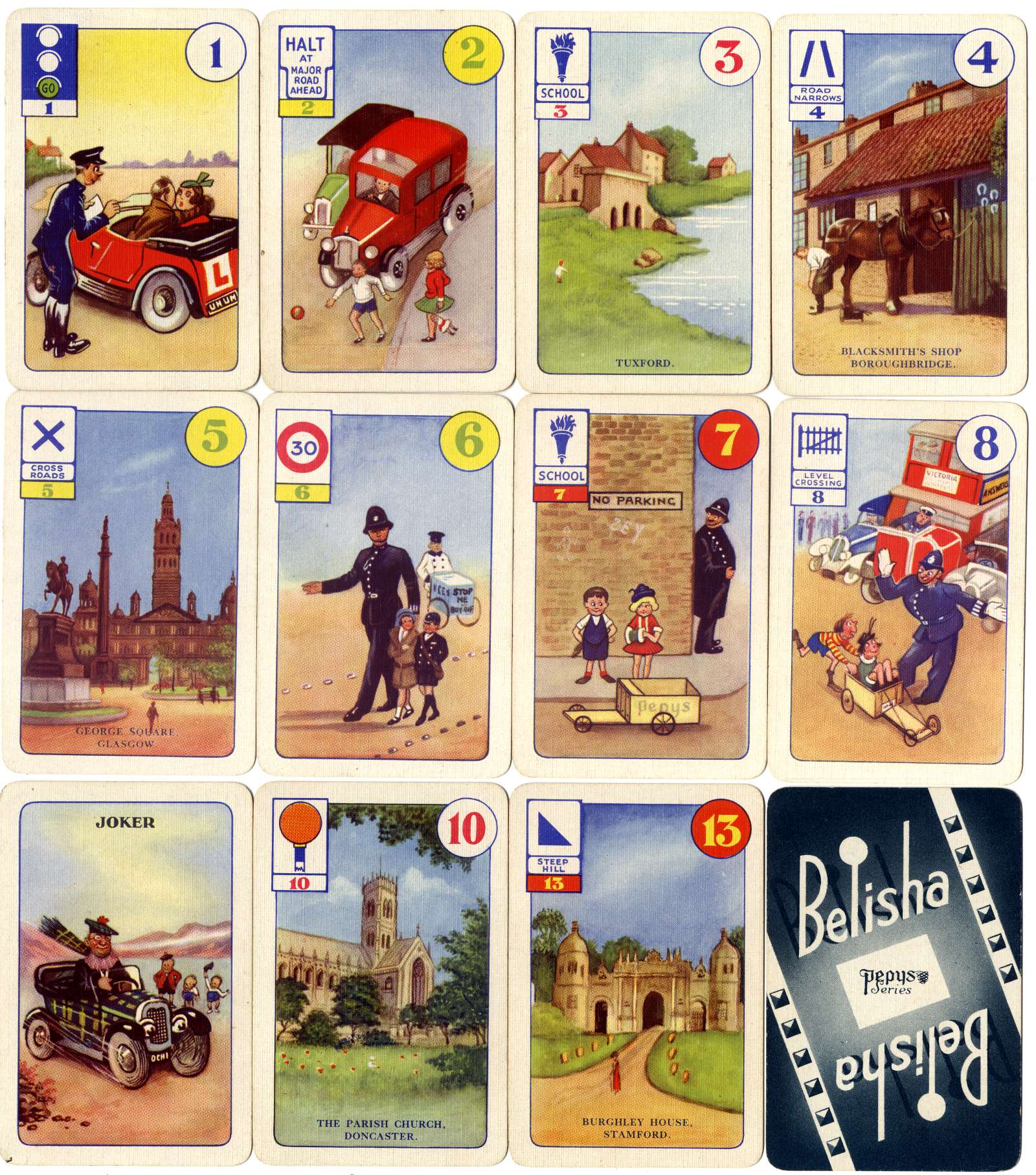 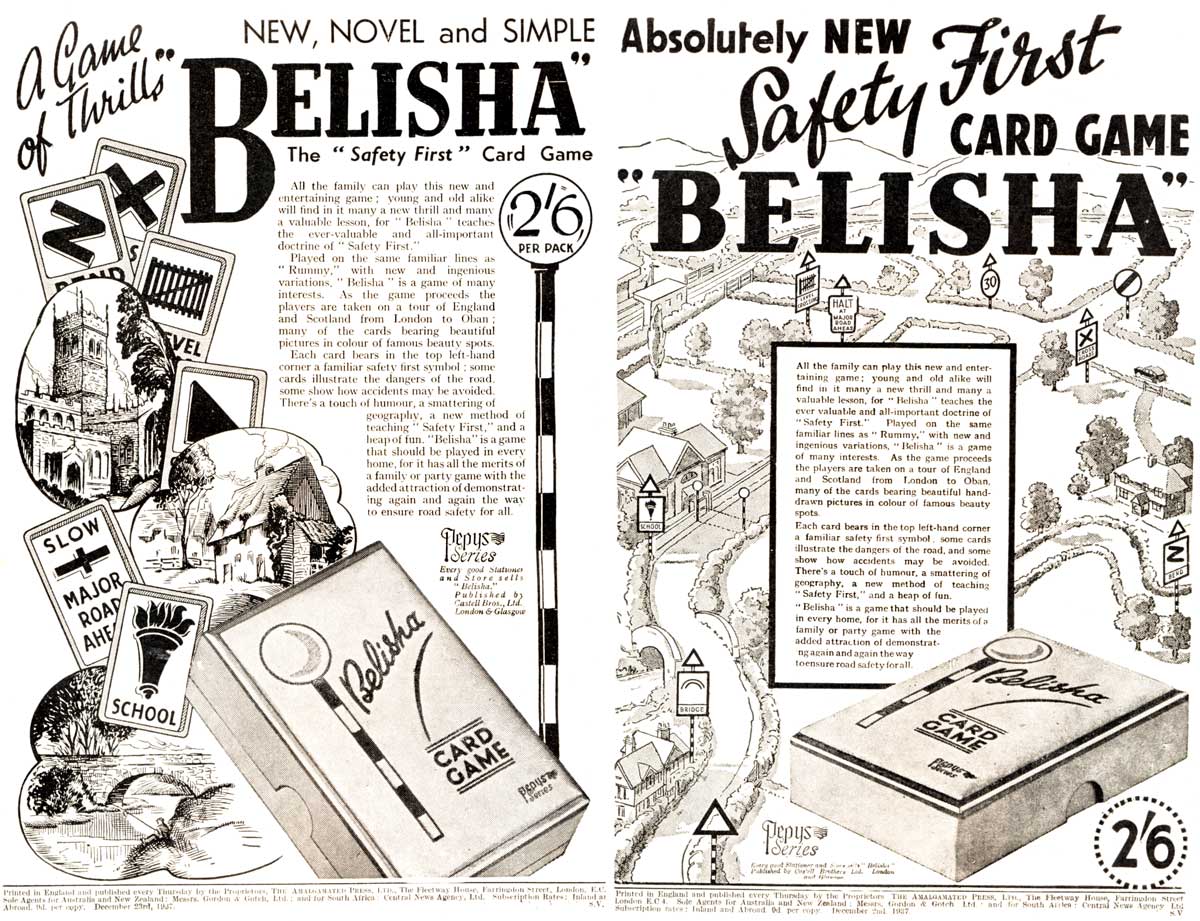 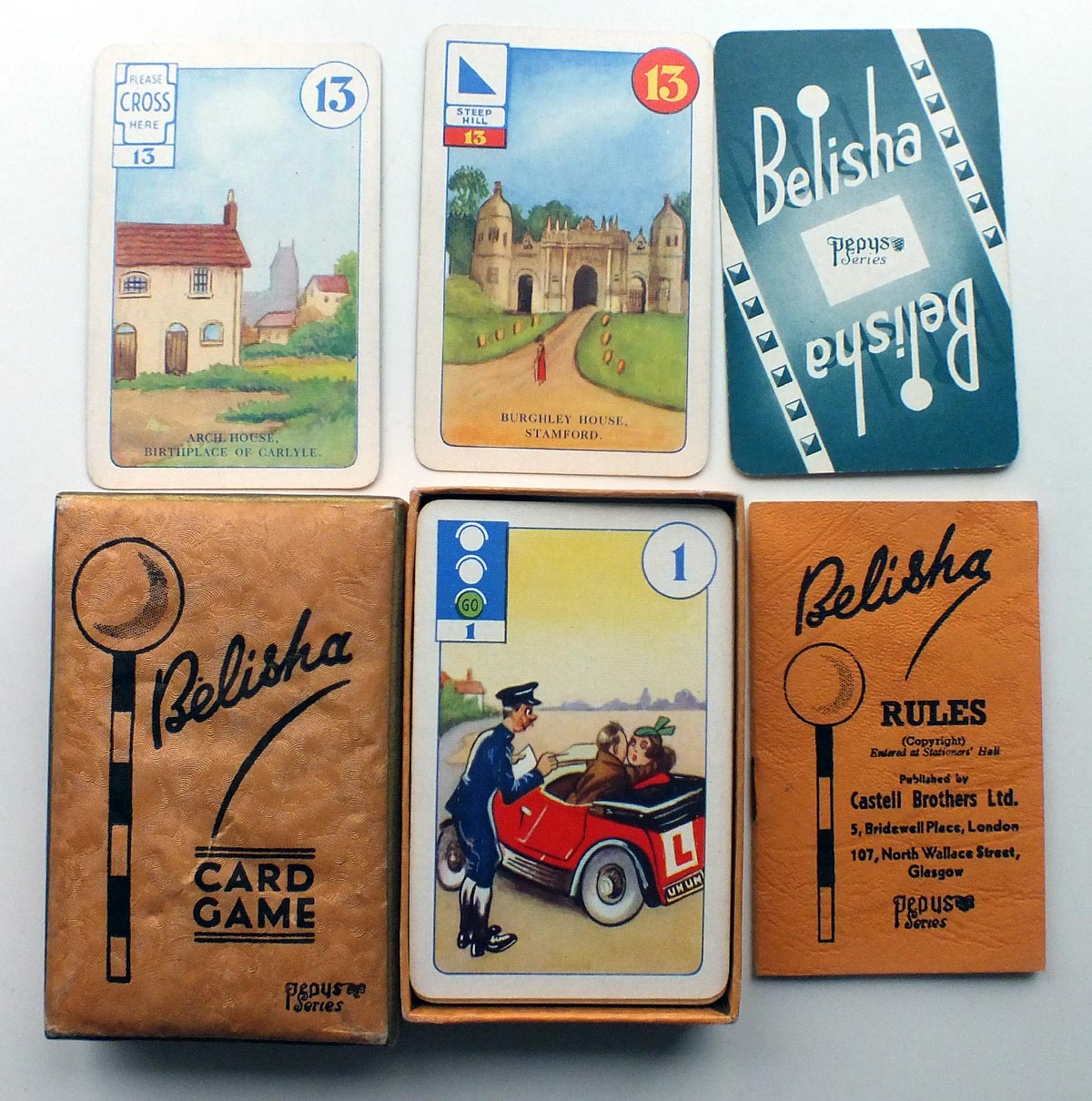