The “Royal Cards Reign of Queen Anne” cover historical events, both honourable and treacherous, during the period 1702 to 1704. Each card has a suit sign and numerical value, or rank, at the top, plus a smaller Arabic number which, read in sequence, covers the period 1702 to 1704 in chronological order. The central theme is described at bottom of the card.

An advertisement from 1st Jan 1705 read: “This day is published a new invented Pack of Cards, in which are described in Pictures done from copper plates, finely engraved the various transactions of Her majesty’s most glorious reign to the present, historically dispos’d according to the order of time in which they happened. Price 1s 6d a Pack.

The Ace of Spades bearing the Garter stamp dates this pack to the period 1745 to 1756. The cards were engraved by Robert Spofforth.

The Queen of Hearts covers the coronation of Queen Anne on Apr 23 1702. She was thirty seven and suffered from gout so badly that she could not walk and had to carried in a sedan chair! 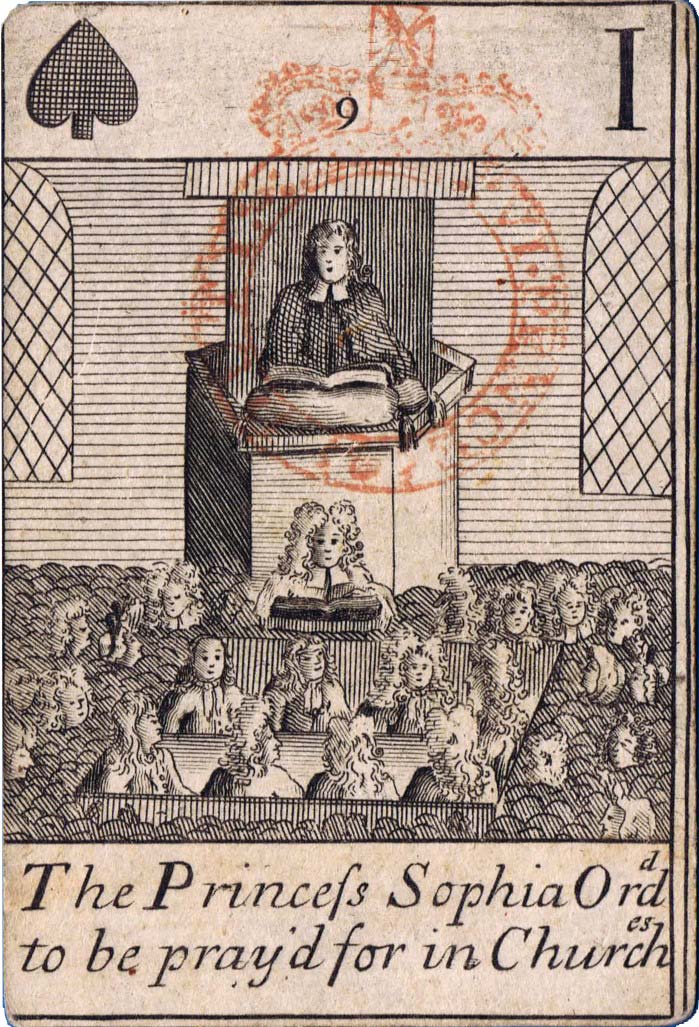 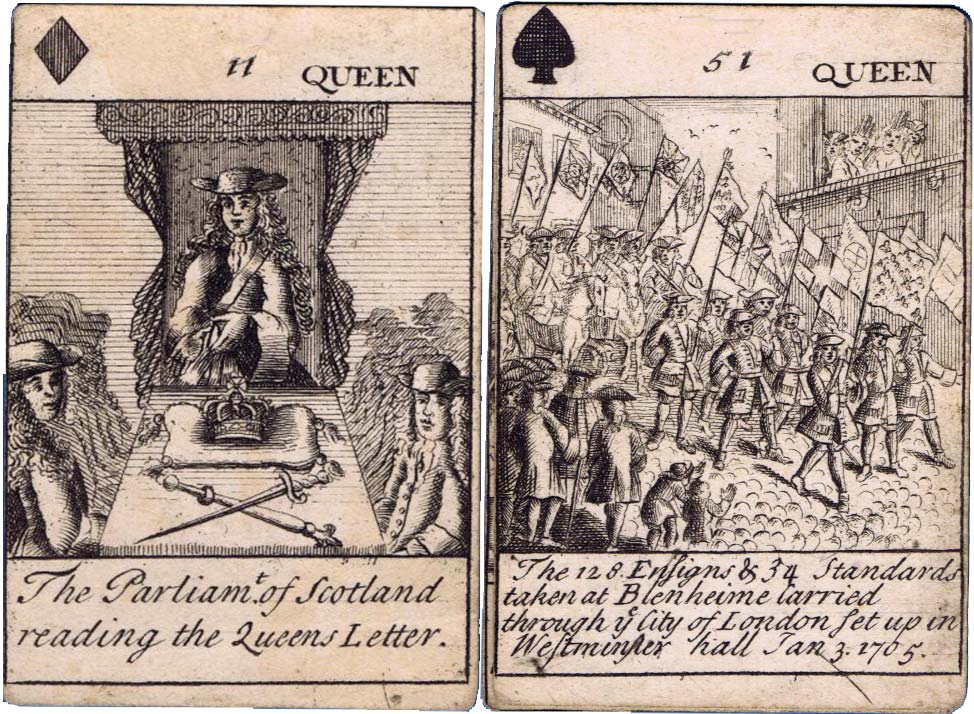