Scottish Picture Playing Cards featuring atmospheric landscape photographs by Colin Baxter, 1987. The beautiful pictures are best seen in a large format which is slightly constrained in a playing card. See the Box►

The jokers appear to be inspired by Book of Kells artwork. 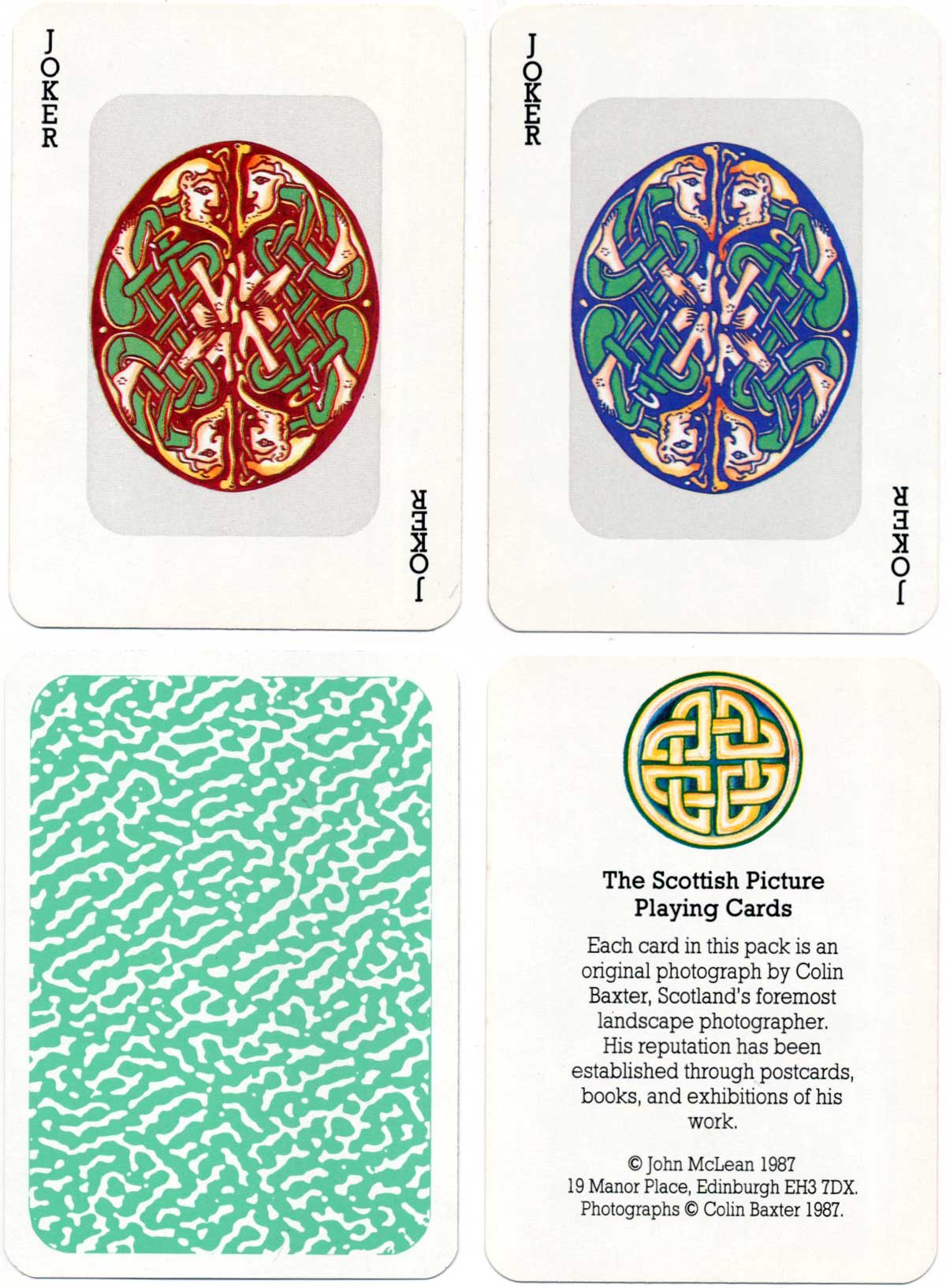