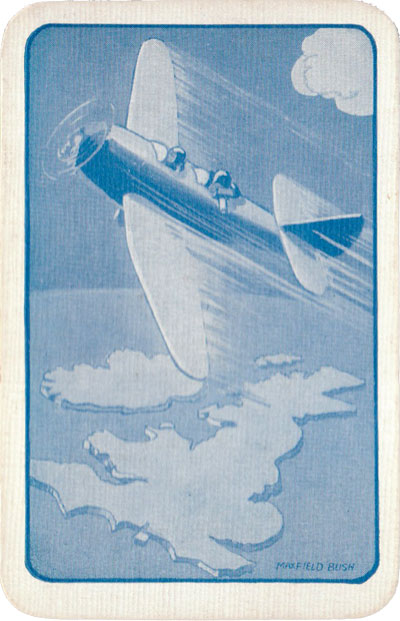 Splash Page Special party card game. The idea is that players are press photographers competing to get the best pictures for their local newspaper. See the Rules►

The pack is produced anonymously with no details of the producer, printer or date. The back design, signed by Maxfield Bush, depicts a two-seater monoplane aircraft from the 1930s, such as a Ryan ST. Maxfield Bush was also credited as creator of “There and Back” published by Clifford Games and “Kwest” board game published by Geographia Ltd in the 1950s. 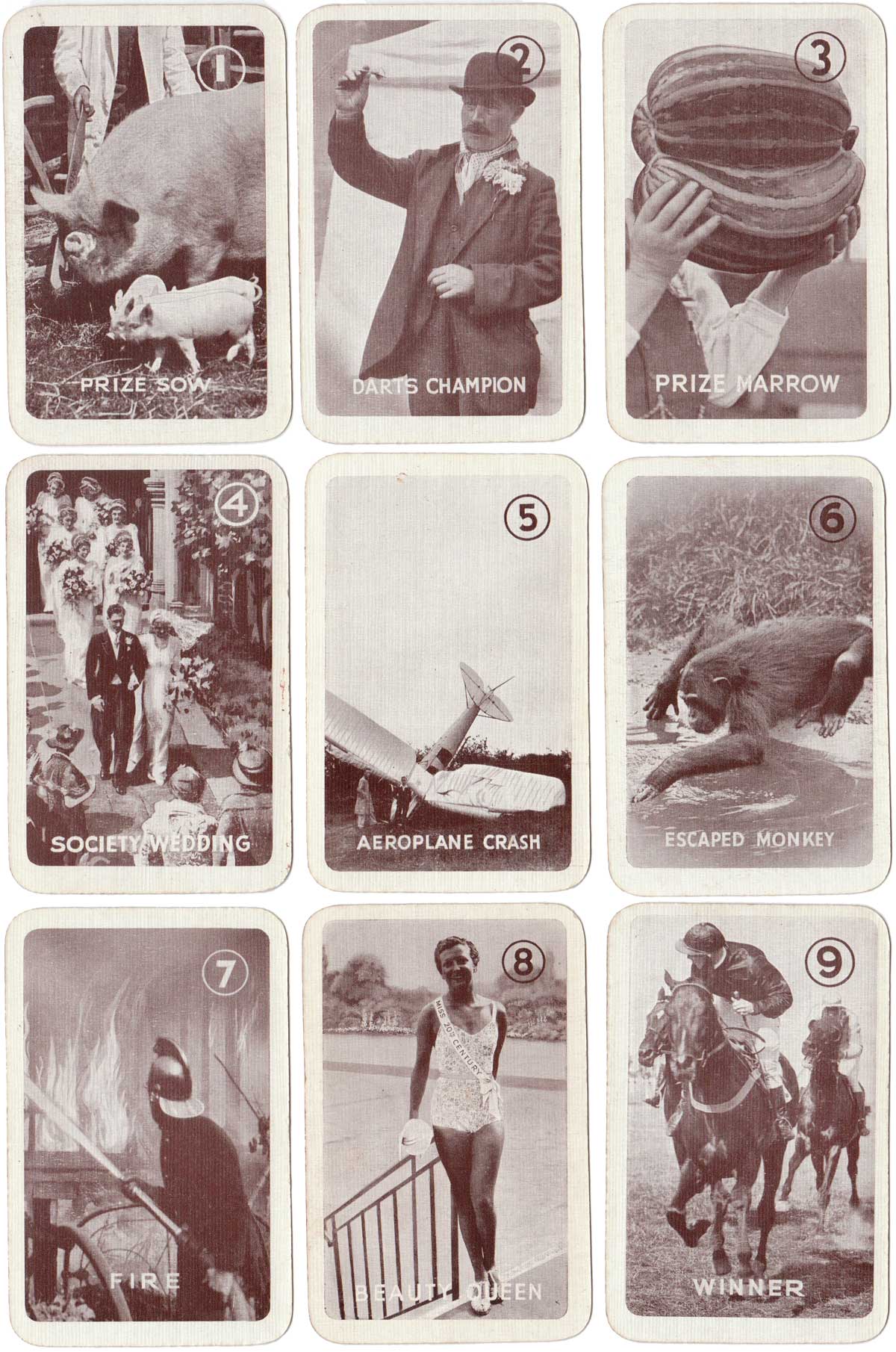 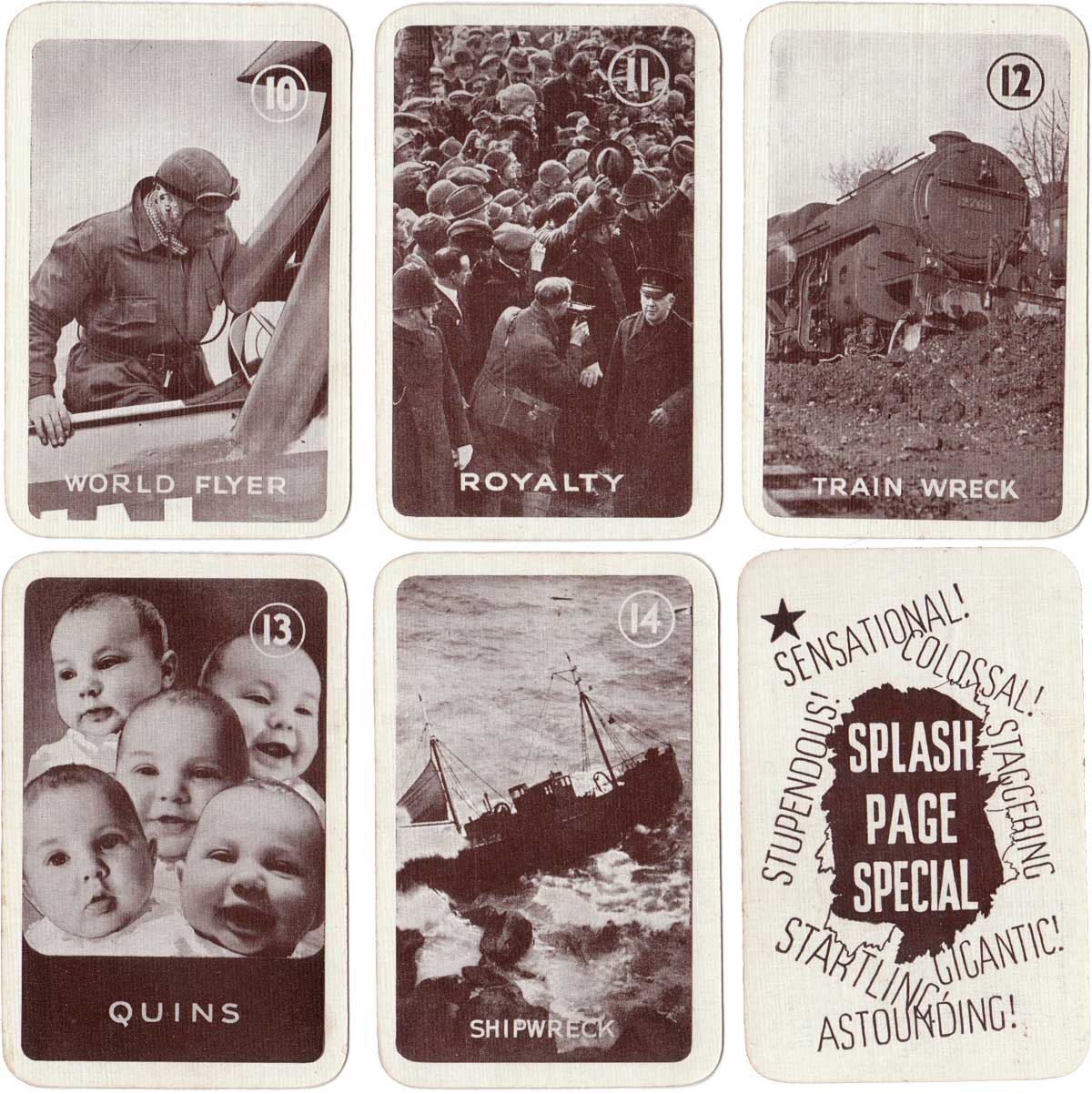 The Games Board: Kwest►