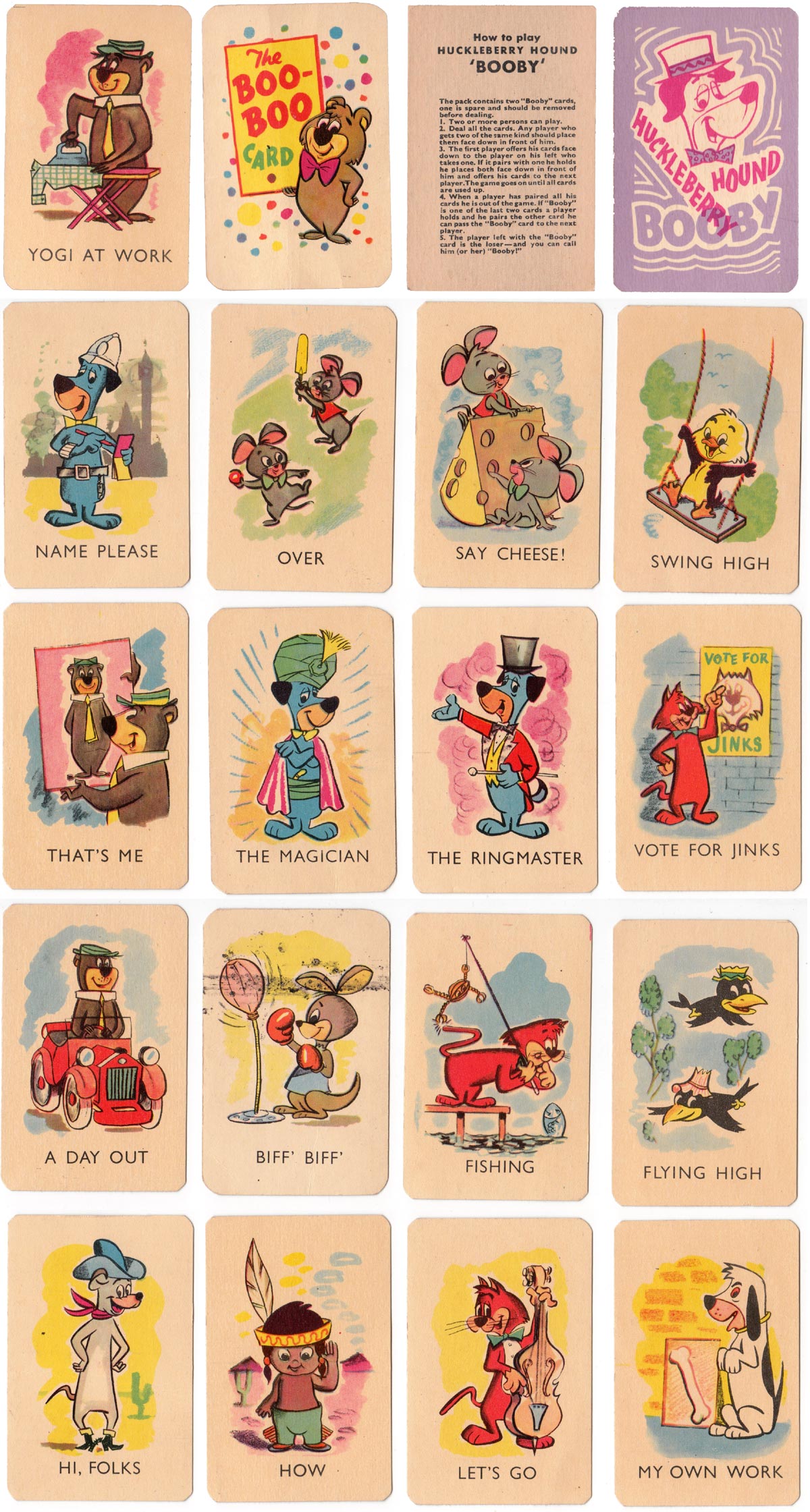 Above: Tower Press “Huckleberry Hound Booby” No 6648, c.1962. The makers of the TV show were the Hanna-Barbera partners and Screen Gems were the distributers for Colombia pictures. 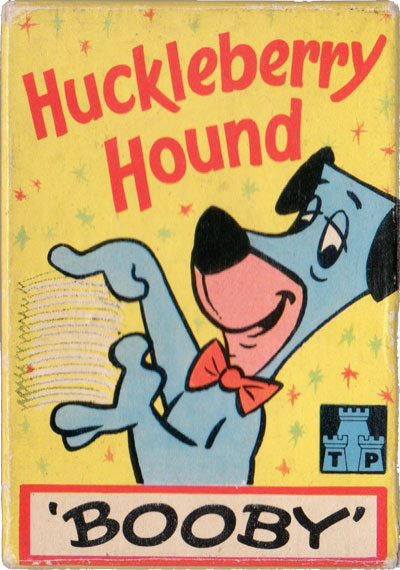 The show format was a series of separate adventures of characters who only met in the opening title sequence and not in the actual stories. The leading character, Huckleberry Hound, was a slow talking blue bloodhound with a Southern drawl. Daws Butler was the Actor who provided his voice amongst other characters in the cast. Other Regulars were Pixie and Dixie, a pair of mice, Mr Jinks, a cool cat, Yogi Bear and Boo Boo, naughty bears from Jellystone Park. Yogi persistently seeking to acquire the “Pik-a-Nik” Baskets belonging to the tourists visiting the park declaring himself to be “smarter than the average bear” but invariably thwarted by fortune or the park Ranger. Also appearing were Ding-a-Ling a fox and from 1960, Hokey Wolf who replaced Yogi Bear when he was set up with his own show.