Popeye Knockout No.6586 by Tower Press, c.1961. The famous cartoon character Popeye was invented by an American comic strip artist called Elzie Segar in 1919. He was named Ham Gravy at first in the comic strip “Thimble Theatre”. His name was changed to Popeye in 1929. In 1932 Max Fleischer bought the film rights to Popeye and the real story began. His first film appearance was in a Betty Boop cartoon called “Popeye the Sailor” in 1933, and the world began to become familiar with the gruff talking, muscular character who got his energy from a can of spinach. Many expressions are familiar to us now, such as “Blow me down” or “I eats me spinach”. 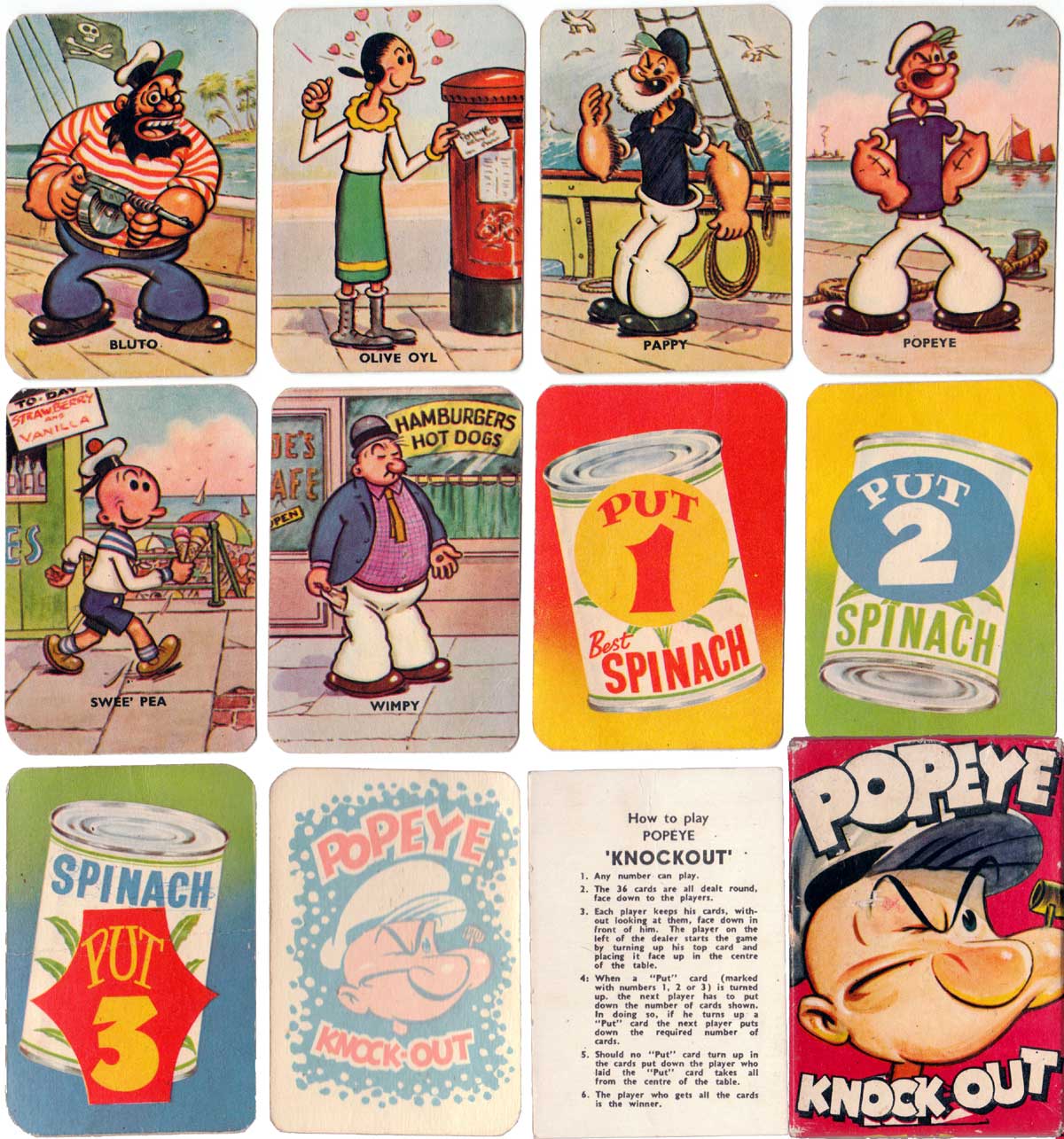 Before the TV series (which was the inspiration for this game) was made in 1961, the bad guy Bluto had his name in this card game changed to Brutus. This prompted Tower to issue a second edition and they presented all the cards in a different way. This was the result of friendly negotiations between Max Fleischer and Disney Studios who though that Bluto’s name was a bit too much like Pluto their famous dog character. The other regulars in the TV “Popeye Cartoon Show” were J Wellington Wimpey, Swee’pea, Sea Hag, Eugene the Jeep and Rough House. By this time Disney’s Brutus was voiced by Jackson Beck. 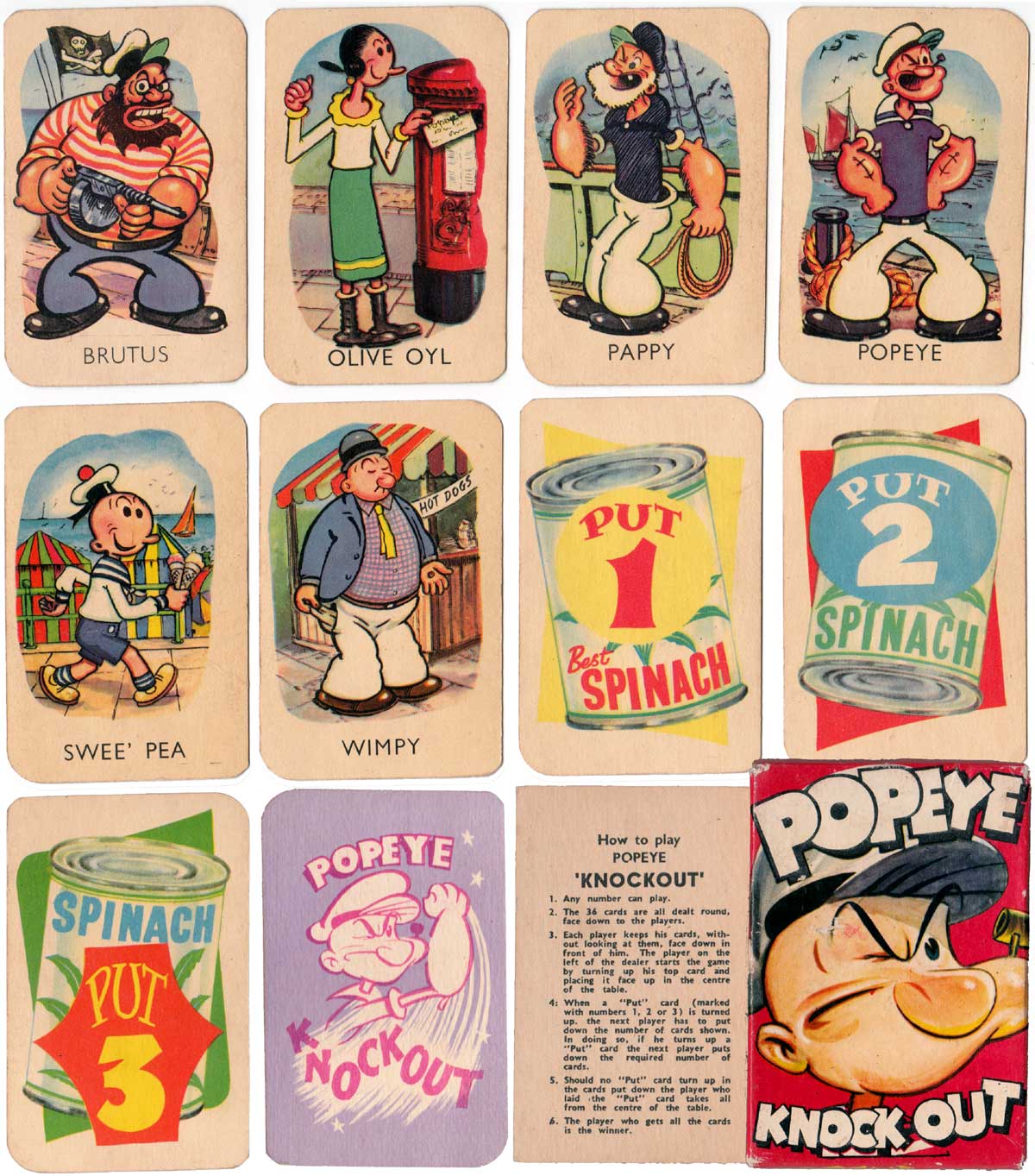 The first voice of Popeye was William Costello, but from 1933 Jack Mercer made the character his own, introducing Popeye’s mutterings under his breath. Jack Mercer was Popeye’s voice for 45 years. Bluto, Popeye’s bullying adversary, was voiced by Gus Wickie and Olive Oyl was Mae Questel (who was also Betty Boop). Mae Questel must have been very versatile as she even voiced Popeye himself on a few occasions when Jack Mercer had been sent abroad during World War Two.