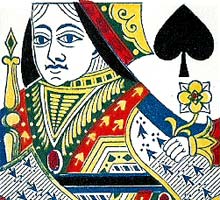 A. Dougherty: ‘Cruiser No.96’ Playing Cards

Dougherty's ‘Cruiser No.96’, first published c.1897, was dedicated to the U.S. Navy. The Ace of Spades has a warship and the Joker is a sailor walking with a goat (the mascot of the Naval Academy at Annapolis). The back design includes torpedoes. From the 1890s on Dougherty used either ‘Andrew Dougherty’ or ‘A. Dougherty’ on his Aces of Spades. As a general rule, the longer version was used on the earlier version of each brand. The later version of ‘Cruiser No.96’ came with the simpler name on the Ace of Spades (as shown here). 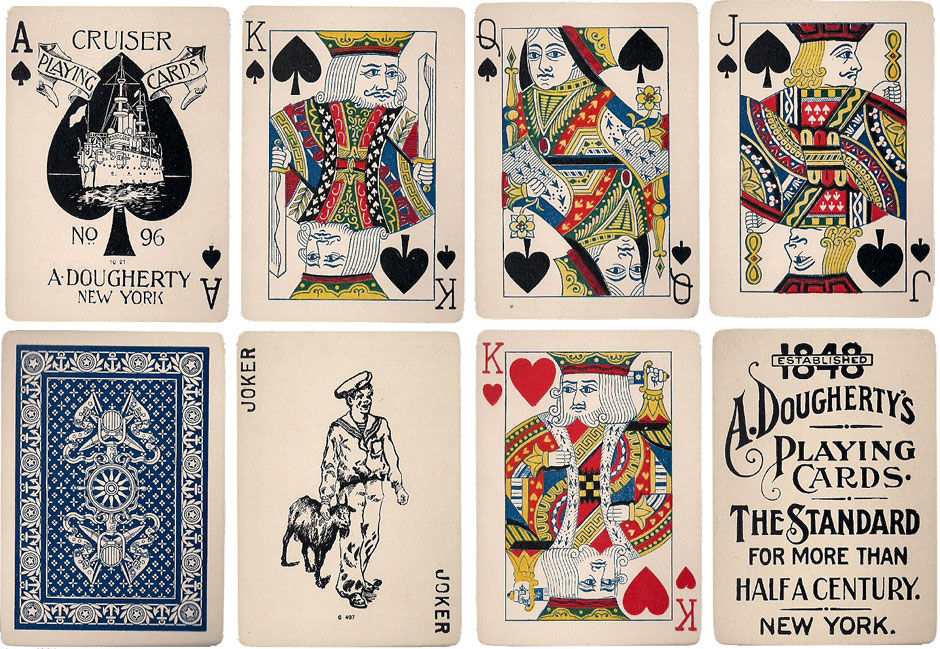 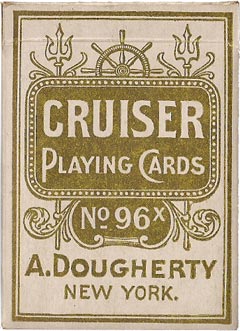 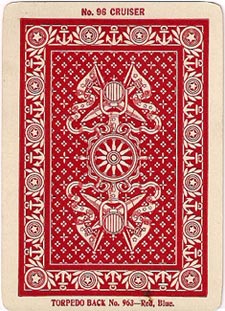 Above: Dougherty's Cruiser No.96x playing cards, c.1905, the 'x' indicating the gold edged edition. The box includes maritime artwork and the 'Torpedo' back was either red or blue. Images courtesy Rod Starling.

All images from the collection of Rod Starling.