“Family Guy” merchandise deck licensed and copyright by Fox in 2010 and shown on American TV. Each suit depicts a different member of the family, including a martini-drinking dog (Q♣). The characters were invented by Seth MacFarlane. See the Box► 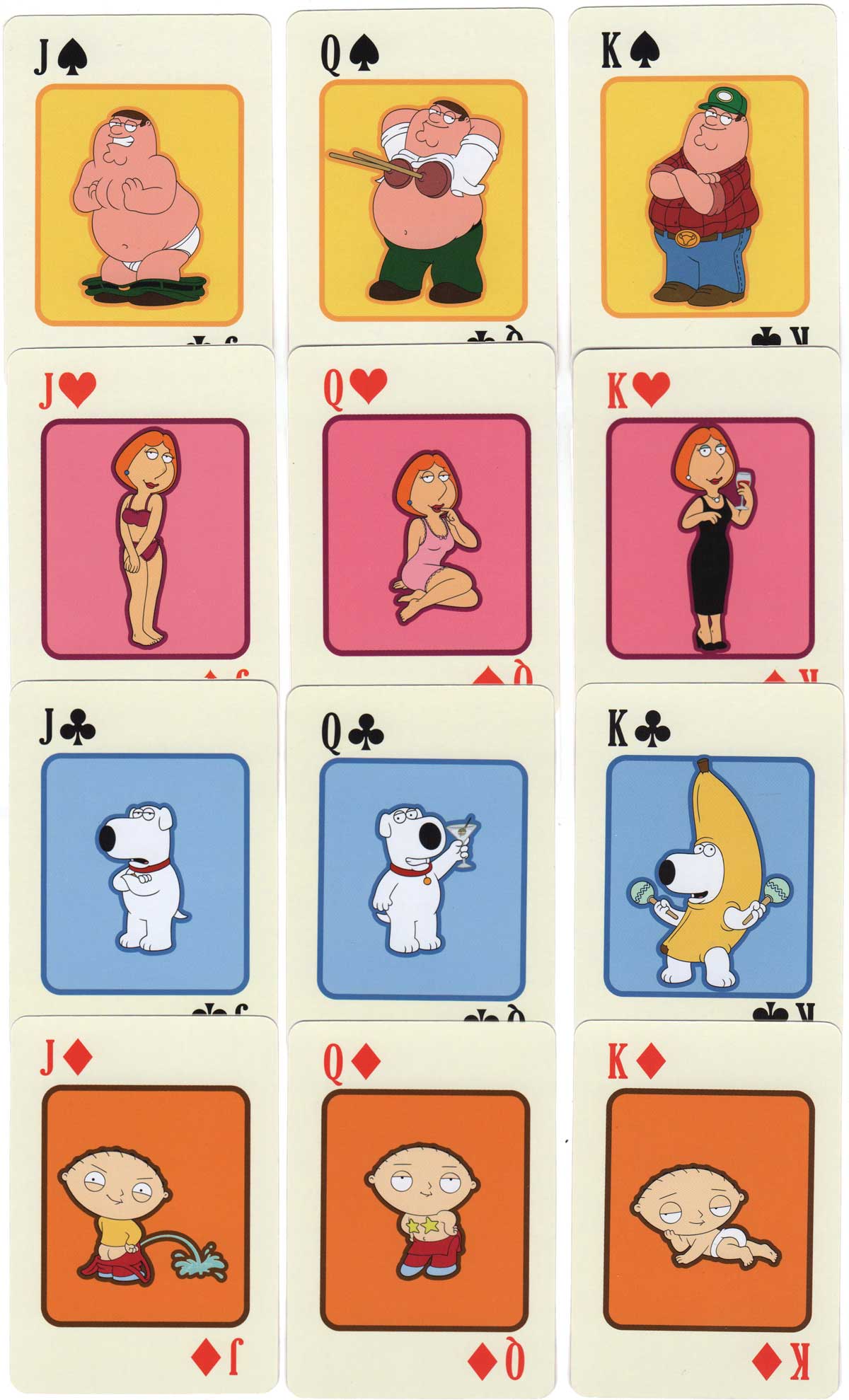 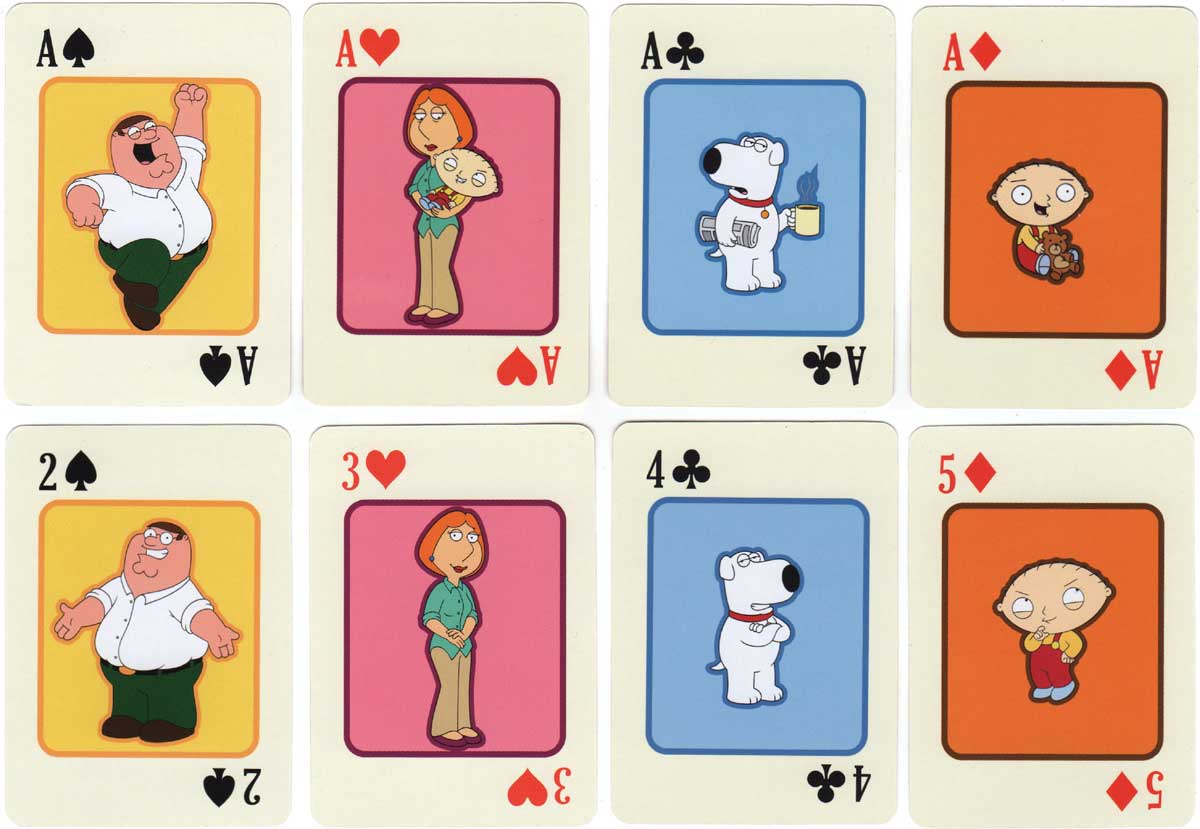 Watch full episodes of “Family Guy” on www.fox.com/family-guy (restricted in some geographic locations).