Lego Batman Movie playing cards produced to accompany the “Lego Batman” movie of 2017. Each of the four suits carries the same image, one of Batman, Robin, Bat Girl or The Joker, with different indices - courts, pips and aces alike. 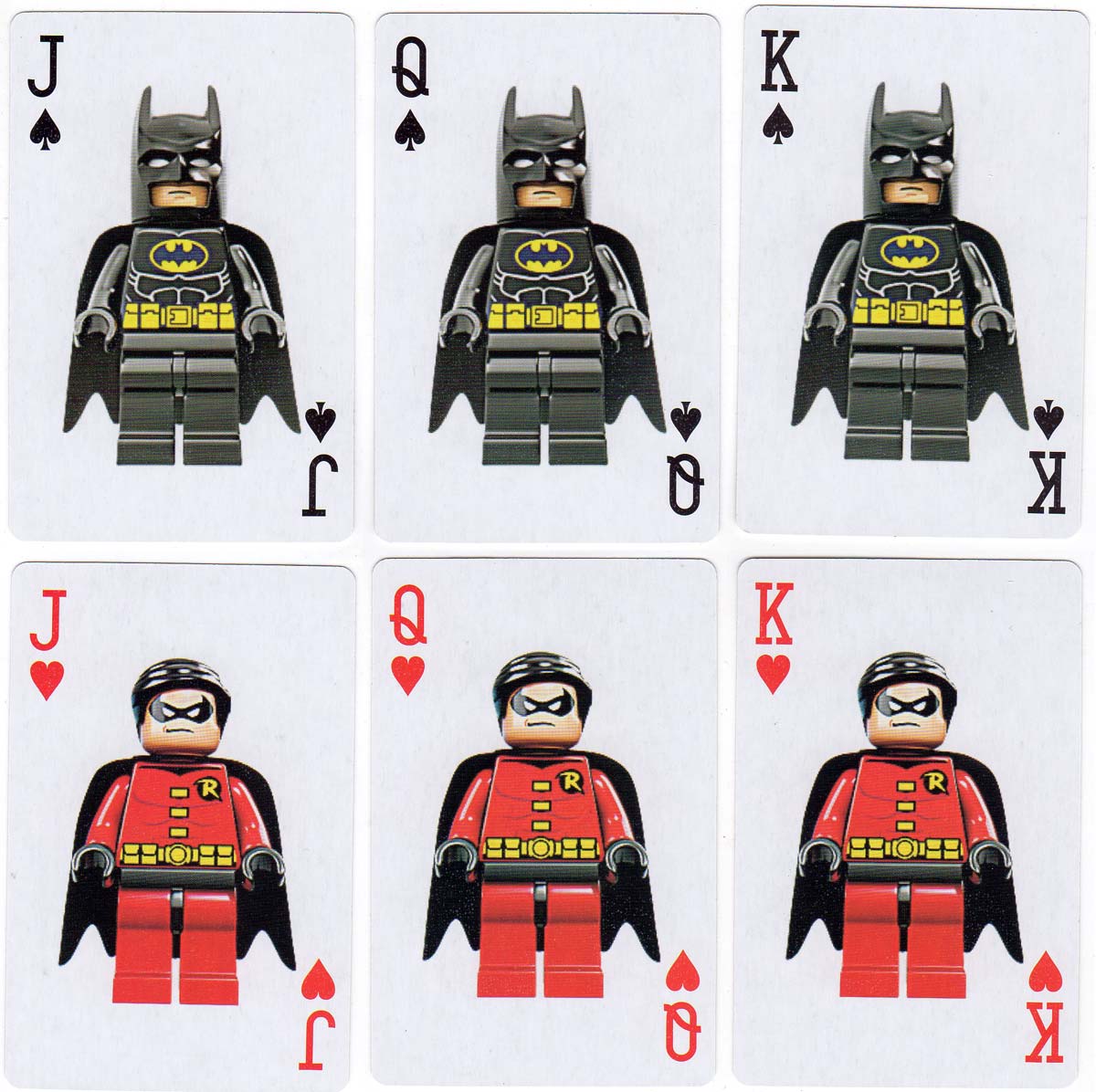 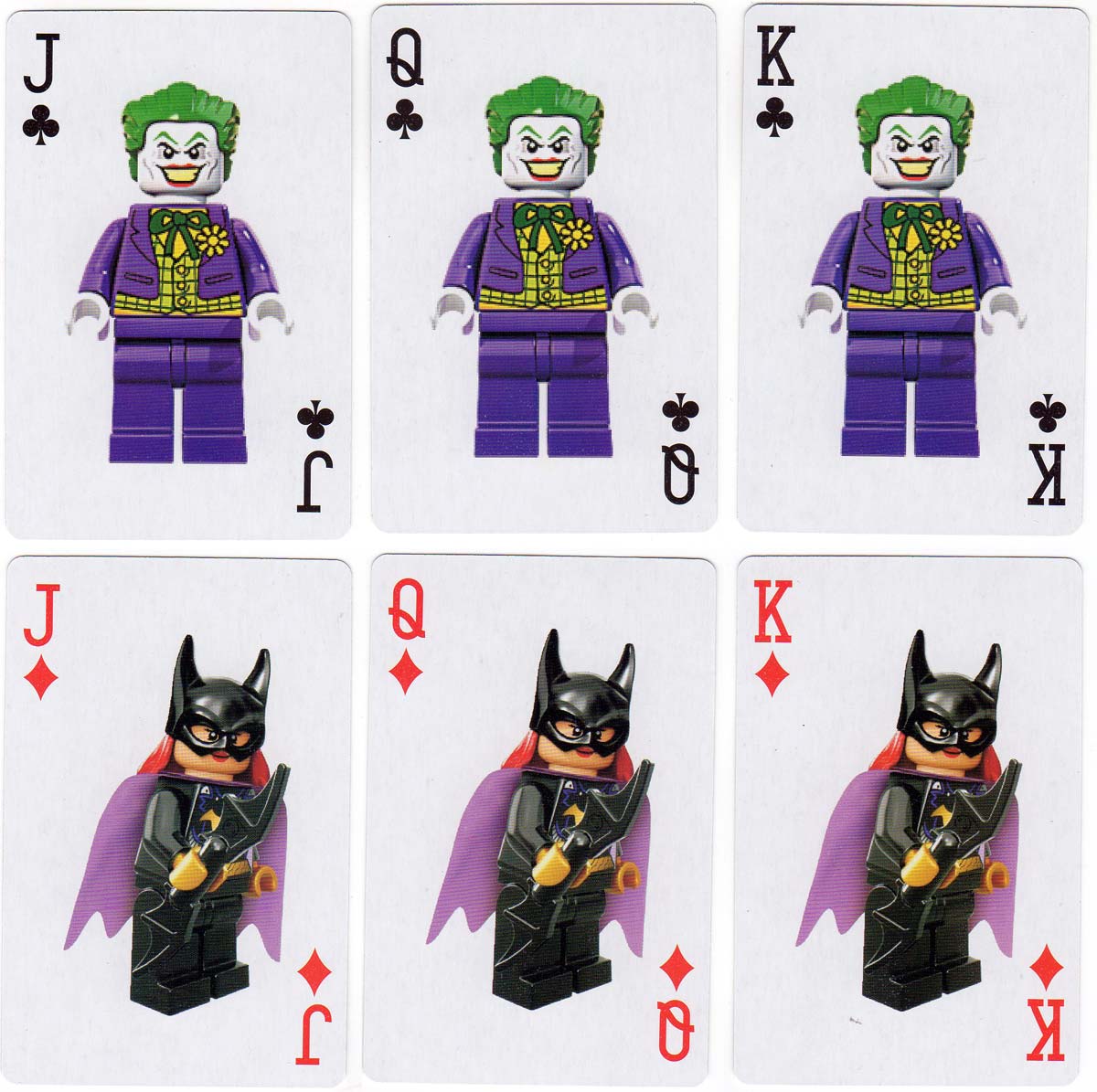 Above: Lego Batman Movie playing cards, 2017. No indication of the maker, though the style of jokers indicates a Chinese origin. Images courtesy Matt Probert.