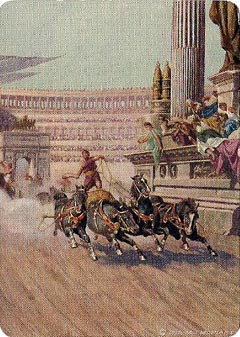 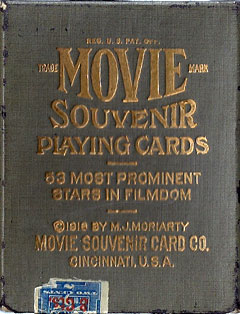 The “Movie Souvenir” playing cards published by M.J. Moriarty in 1916 is a tribute to the “53 most prominent” movie stars from the era. Mr Moriarty was the purchasing agent for U.S.P.C.C. who printed the cards for him to sell.

Right: the back depicts a chariot race at Roman games, after a painting by Alexander von Wagner, published c.1890 →

Special souvenir playing cards for entertainment events such as theatre or sport were an early form of merchandising. After the first edition of this deck in 1916, subsequent issues featured new photos as new stars rose to fame. For example, at least four different photos of Ruth Roland can be found in different editions, and several different film stars are represented in different decks. 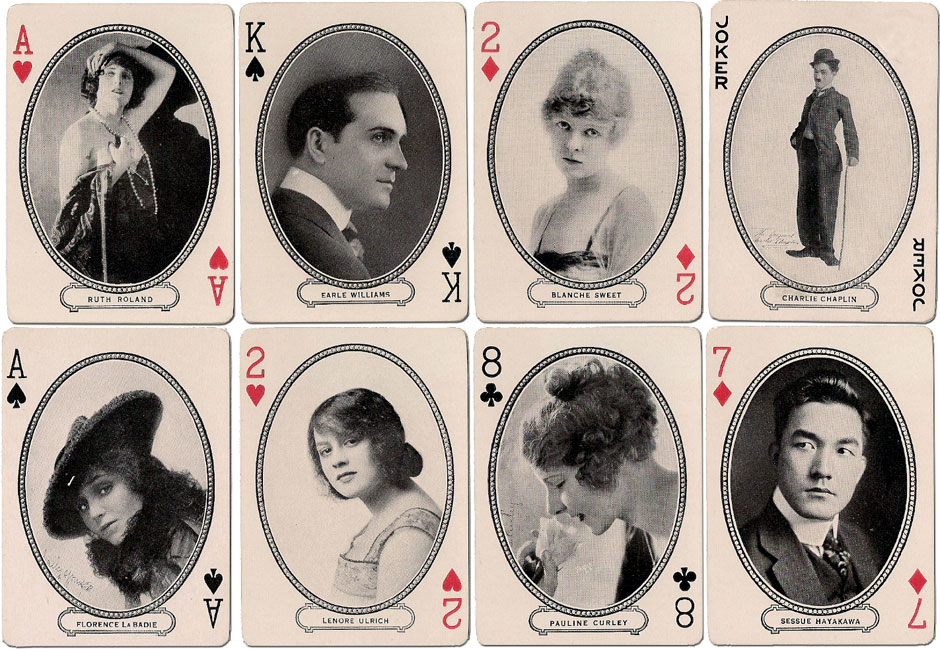 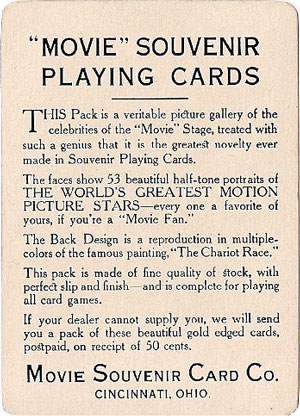 Above: 'Movie Souvenir' playing cards published by M. J. Moriarty, The Movie Souvenir Card Co., Cincinnati, USA, 1916. The Seven of Diamonds features Sessue Haykawa (1890-1973), an extremely popular star from Japan who made many movies, both silent and sound. In 1957 he starred along with Alec Guinness in "The Bridge at the River Kwai" in which he brilliantly played the commandant of a Japanese military prison camp. He was nominated for an Oscar as best supporting actor in that role.

The Joker pictures Charlie Chaplin, now a man in his thirties and well established as a famous comic character known as The Little Tramp. He went on to directing and producing his own films and, in 1919, was one of the founders of United Artists.