Promotional deck for the Austrian People’s Party (ÖVP) which carries the slogan “Wir sichern Österreichs Zukunft in Europa” which translates as “We secure the future of Austria in Europe”. The party’s website states that the principles governing their approach to society and politics are based on the Christian commitment to the dignity of the human being. The indices are in German (B,D,K) and the courts and jokers all carry caricatures of (then) politicians from the Austrian People’s Party (ÖVP). 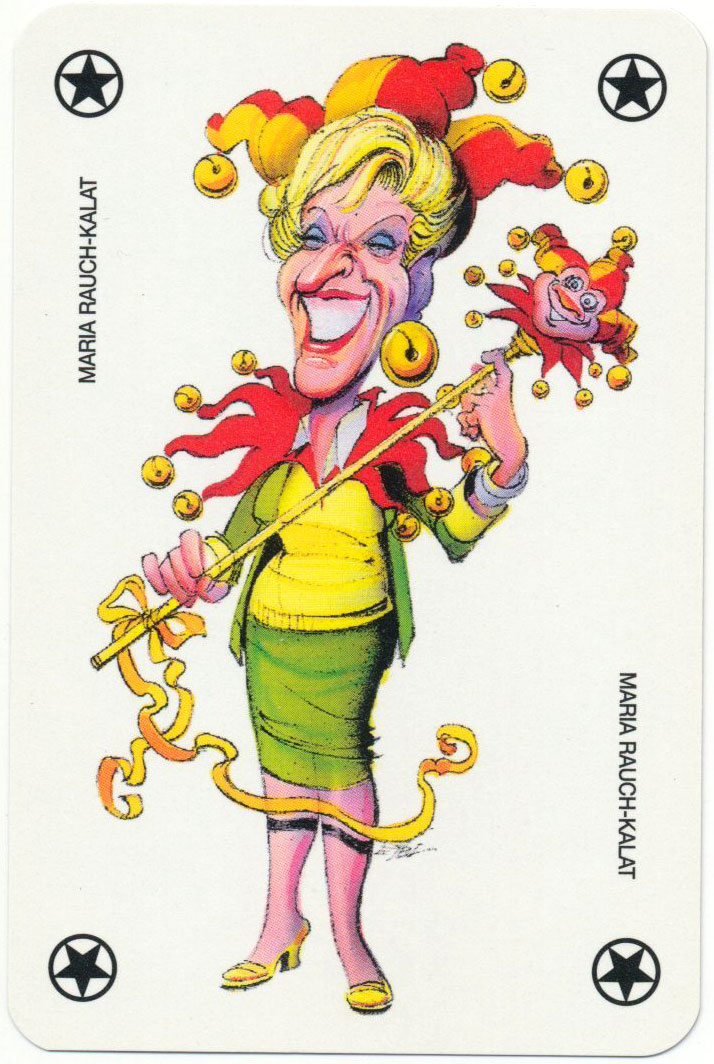 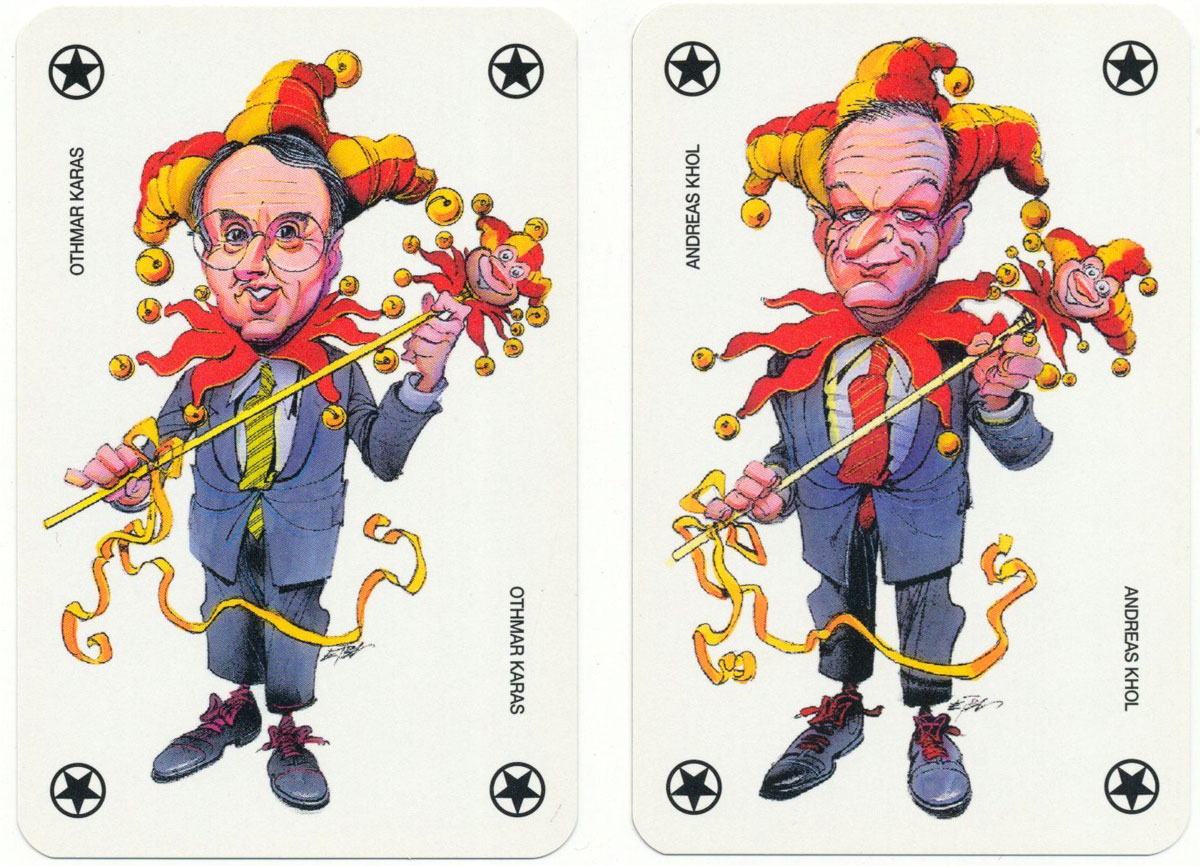 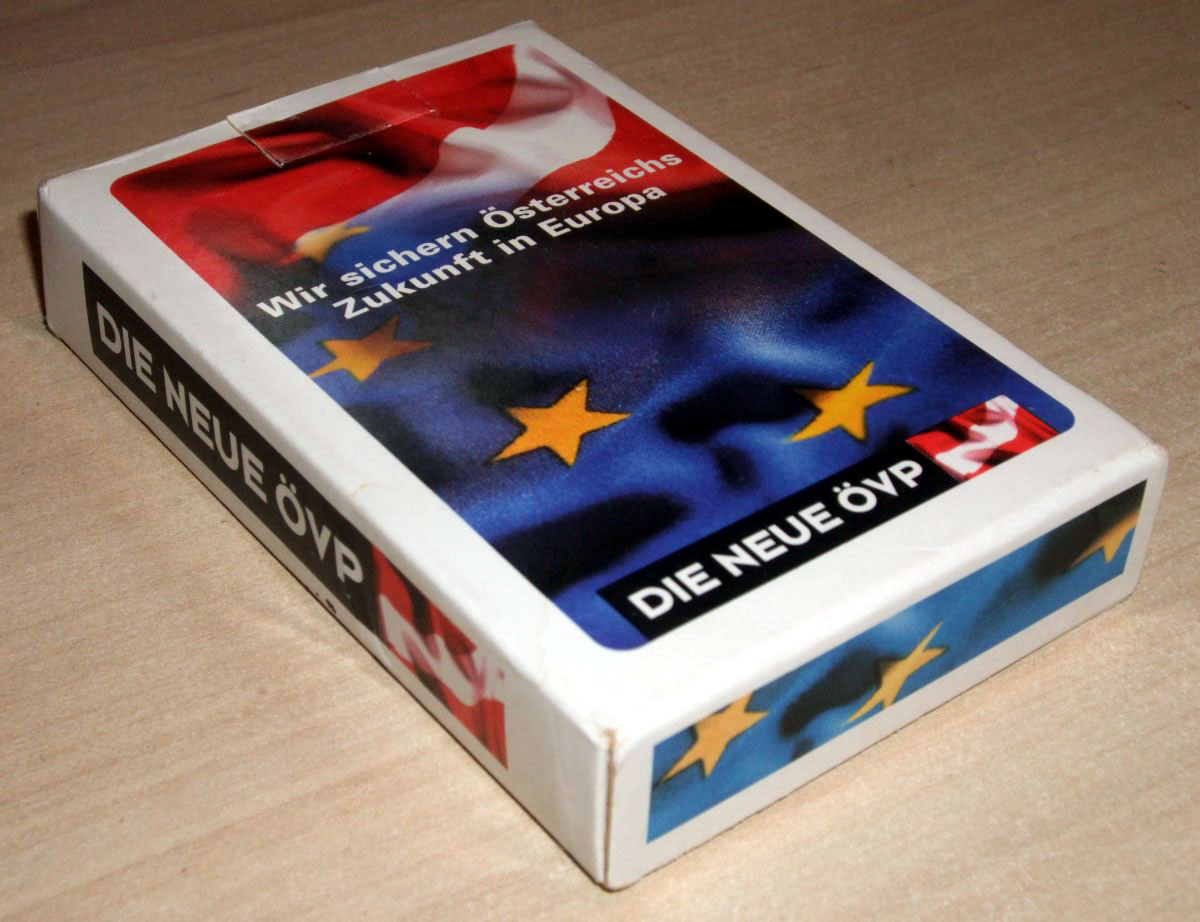 The Austrian People’s Party was founded immediately following the reestablishment of the Federal Republic of Austria in 1945, and since then has been one of the two largest Austrian political parties with the Social Democratic Party of Austria (Wikipedia)