Ferdinand Piatnik was born in Ofen on October 14, 1819. At the age of sixteen he enrolled as an apprentice with the playing card maker Johann Gravatz in Ofen. His journeyman’s certificate, dating from 1839, attests to his “loyalty, diligence and moral rectitude”. On the strength of this certificate, the President and the Assembly of Masters of the Civic Guild of Playing Card Engravers in the royal free coronation city of Pressburg issued Ferdinand Piatnik official certification (dated January 17, 1839) of his status as a journeyman playing card manufacturer.

We soon find Ferdinand Piatnik living in Vienna, where he joined Anton Moser’s playing card manufactory in the Seventh District of Vienna, established on May 14, 1824. After Moser’s death in 1842, Piatnik took over the business and married Moser’s widow.

The commercial administrative authority of Schotten Abbey in Vienna issued Piatnik a business licence on January 30, 1843. It reads: “Having completed the prescribed oral assessment and passed the practical examination, Ferdinand Piatnik, certified by the administrative authorities of his native city as being of adult age, is hereby accorded the desired commercial licence for the trade of playing card painter in the suburb of Schottenfeld by the administration of Schotten Abbey. He is likewise authorised to practise this trade by virtue of this certificate on condition that he registers forthwith for payment of commercial taxation, remits such taxes punctually, does not violate the regulations applicable to his trade, and does not lease his business, the first offence against which provision shall lead to the forfeiture of this authorisation”. 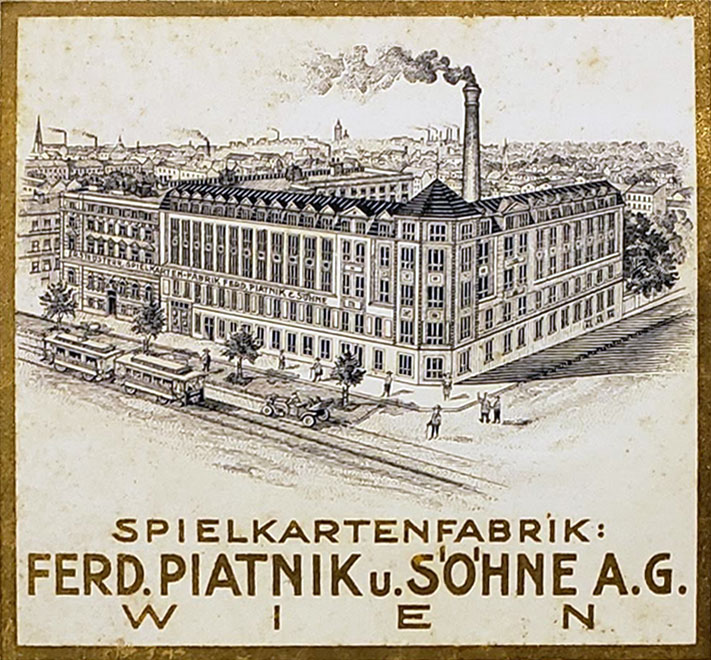 Ferdinand Piatnik continued to run the playing card manufactory on the original premises under his own name. The company initially traded as “Ferd. Piatnik formerly Anton Moser”, but this title was changed in the mid-1840s to “Ferdinand Piatnik in Vienna”. After his wife’s death he married Johanna Rauchenegger. Their three sons, Ferdinand, Adolf and Rudolf, all joined the business.

In 1862 Ferdinand Piatnik moved the company premises to Schottenfeld No. 153 (now Kaiserstrasse 56). In 1880 the original house was demolished and a new fourstorey building erected. At the World Exhibitions of 1873 in Vienna and 1878 in Paris Piatnik’s playing cards garnered several prestigious medals.

In 1882 the two sons Ferdinand and Adolf entered the business, which changed its name to “Ferd. Piatnik & Sons, Vienna”. Three years later the company’s founder died, and the two sons and the widow Johanna continued to run the business. When Johanna retired in 1890, the third son Rudolf joined the company.

To meet the growing demand for higher-quality playing cards and to gain an edge over the competition, the company switched from the manual production process, the traditional craft of card painting, to modern mechanical production. The existing company premises proved unsuitable for the new technology, and in 1891 the production facility was moved to the Viennese suburb of Baumgarten and acquired the address Hütteldorfer Strasse 1 (as of 1903 Hütteldorfer Strasse 227), where a large new factory building was constructed. In the ensuing years it was progressively enlarged. Today the building has the house numbers 229-231. 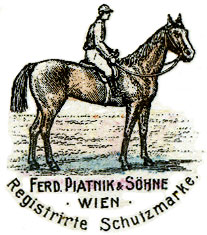 The company adopted its familiar trademark with the “Mounted Jockey” in 1891. In the early years in Baumgarten the factory had to contend with severe logistical problems: located as it was in what was then an outlying suburb, it had neither running water nor gas nor electricity nor public transport. Nevertheless, the company went from strength to strength on both the domestic and the export markets. Its turnover grew progressively, and in 1896 it acquired the Budapest-based Erste Ungarische Spielkartenfabriks AG and ran it as an affiliate under the name “Piatnik Nandor és Fiai”►

The parent company in Vienna also continued to expand. In 1897 it embarked on the gradual take-over of the playing card manufacturer Josef Glanz. This latter enterprise had been founded by Gabriel Uffenheimer in Guntramsdorf in 1825 and was taken over by Josef Glanz in 1849. His successor Karl Abrahamsberg, having no heir, decided to collaborate with his erstwhile competitor Piatnik, and the takeover process was completed in 1912. Piatnik’s holding in Glanz brought it ownership of the “Ritter & Cie” playing card manufacturer in Prague, which passed to Piatnik in 1898. Five years later Piatnik acquired a printing and lithography company, adding a major new business area to its product range. In 1904 Piatnik’s holding in Glanz enabled it to acquire the “Österreichische Spielkartenfabriksgesellschaft“ in Vienna and the “Spielkartenfabrik Vannak” in Budapest. Meanwhile, the parent company had purchased several more production facilities and in 1907 acquired the Ratschach paper mill (in modern-day Slovenia) to safeguard its sources of untreated paper for the production of the cardboard required for the manufacture of playing cards. The paper mill was modernised and incorporated as “Gebrüder Piatnik, Dokumenten und Kartenpapier Fabrik”.

In 1911 the original production facility in Vienna was demolished and replaced by a modern reinforced concrete structure.

In 1917 the Viennese parent company was turned into a family-owned joint stock enterprise under the name “Erste Österreichische Spielkartenfabrik AG, Ferd. Piatnik & Söhne”. 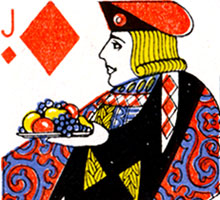 The political upheavals following the two world wars resulted in sweeping changes in the company structure and ownership. When Czechoslovakia emerged as an independent state at the end of World War I and prohibited the import of foreign playing cards, Piatnik was on the brink of losing one of its major export markets. It averted this setback for the time being by establishing a new company, “Piatnik, Ritter & Cie” in Prague to supply the Czech market. A playing card factory was set up in the Polish city of Cracow in 1926.

In 1938 the Budapest production plant was substantially enlarged. One year later the parent company again changed its legal status to that of a family-owned limited partnership known as “Wiener Spielkartenfabrik Ferd. Piatnik & Söhne”, the name by which its has been known ever since. The existing production units were run exclusively by grandsons of the company founder. In 1944 the factories in Ratschach and Budapest were partially destroyed during the fighting. From 1945 onwards Piatnik progressively forfeited control of all the production plants outside the present-day borders of Austria, a process which ended in complete expropriation.

This was a severe blow, both commercially and in terms of the company’s historical traditions. Nevertheless, it continued to modernise its production technology and enlarge its remaining manufacturing facilities, and this led to a steady rise in its sales and above all in its export ratio. Thus, Piatnik gained a foothold in the markets in North America, in Scandinavia and even in a number of North African countries.

During the 1960s Piatnik, with its long tradition of playing card production, successfully added board games and jigsaw puzzles to its product range. Today it sells approximately twenty million playing cards, one million jigsaw puzzles and another million games a year in more than sixty countries of the world. This is of course a substantial boost to the company’s strategic expansion.

In 1989 the Piatnik Group set up its first subsidiary, “Piatnik of America”. Two years later it switched to fully computerised image processing and 4-colour offset printing with in-line coating. In 1993 it founded a German subsidiary, “Piatnik Deutschland GmbH” and in the following year “Piatnik Praha sro.” in Prague and “Piatnik Budapest Kft.”

Today Piatnik ranks as an exemplary enterprise in the games sector and is the market leader in Austria and elsewhere in the fields of playing cards and games.

The above company history was kindly provided by Susanna Schindler.

Mary Queen of Scots and other Tudor period dignitaries, published by Piatnik, 1990.

Designed by Cesare Asaro to simulate decks from the 1700s or earlier, the Tarot of Musterberg is based on the traditional Tarot de Marseille but with an imaginary historical background.