Atouts de la Vie card game created by Madame Lucien Willemetz. This wartime card game was produced by the corrupt Vichy Government of France, which was formed after France’s surrender to the invading Germans in the spring of 1940. The illustrations extol virtues such as work ethic, honour and idealism which they decided their citizens should adopt in order to lead dignified lives, whilst not adopting any of them themselves. The object of the game is to collect all ten virtues. See the Box► 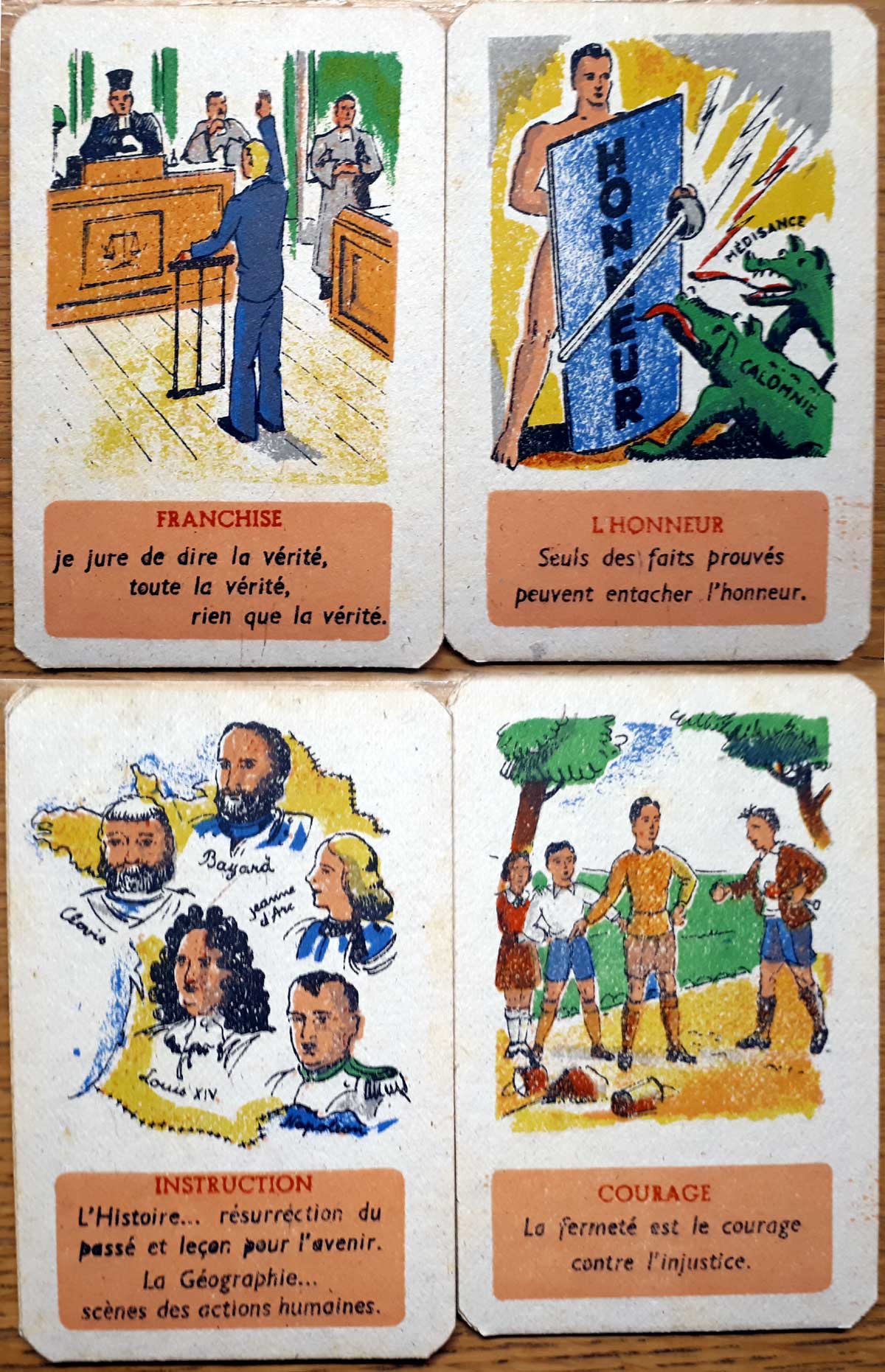 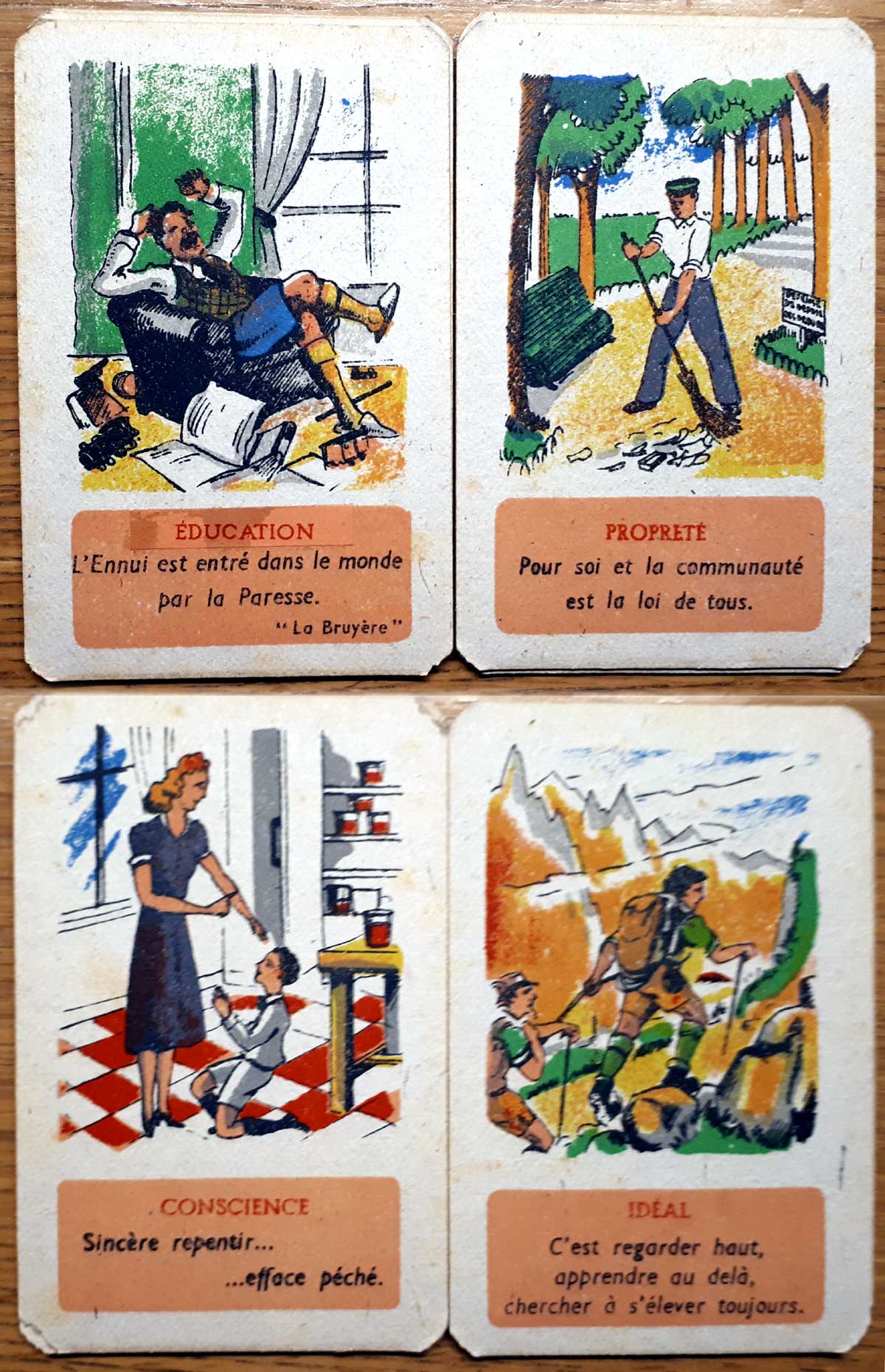 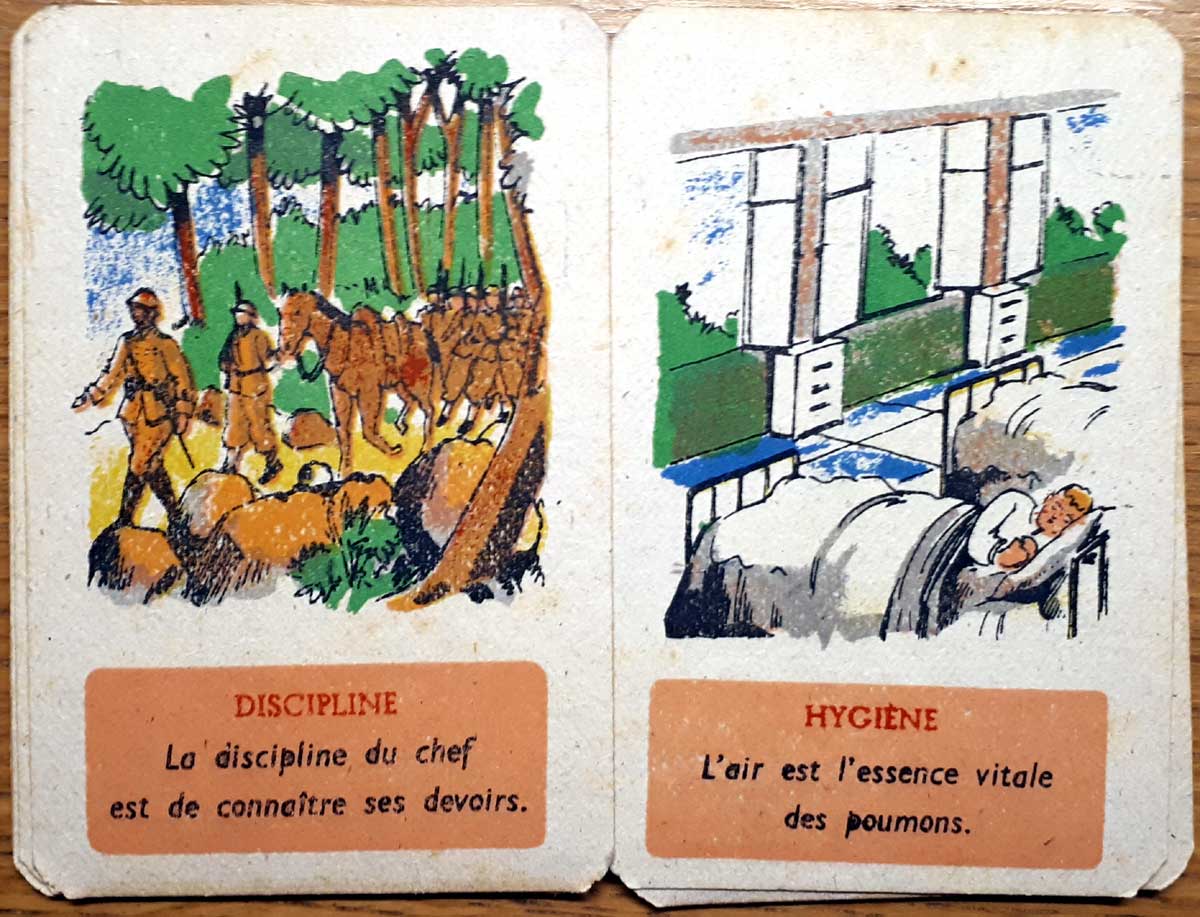 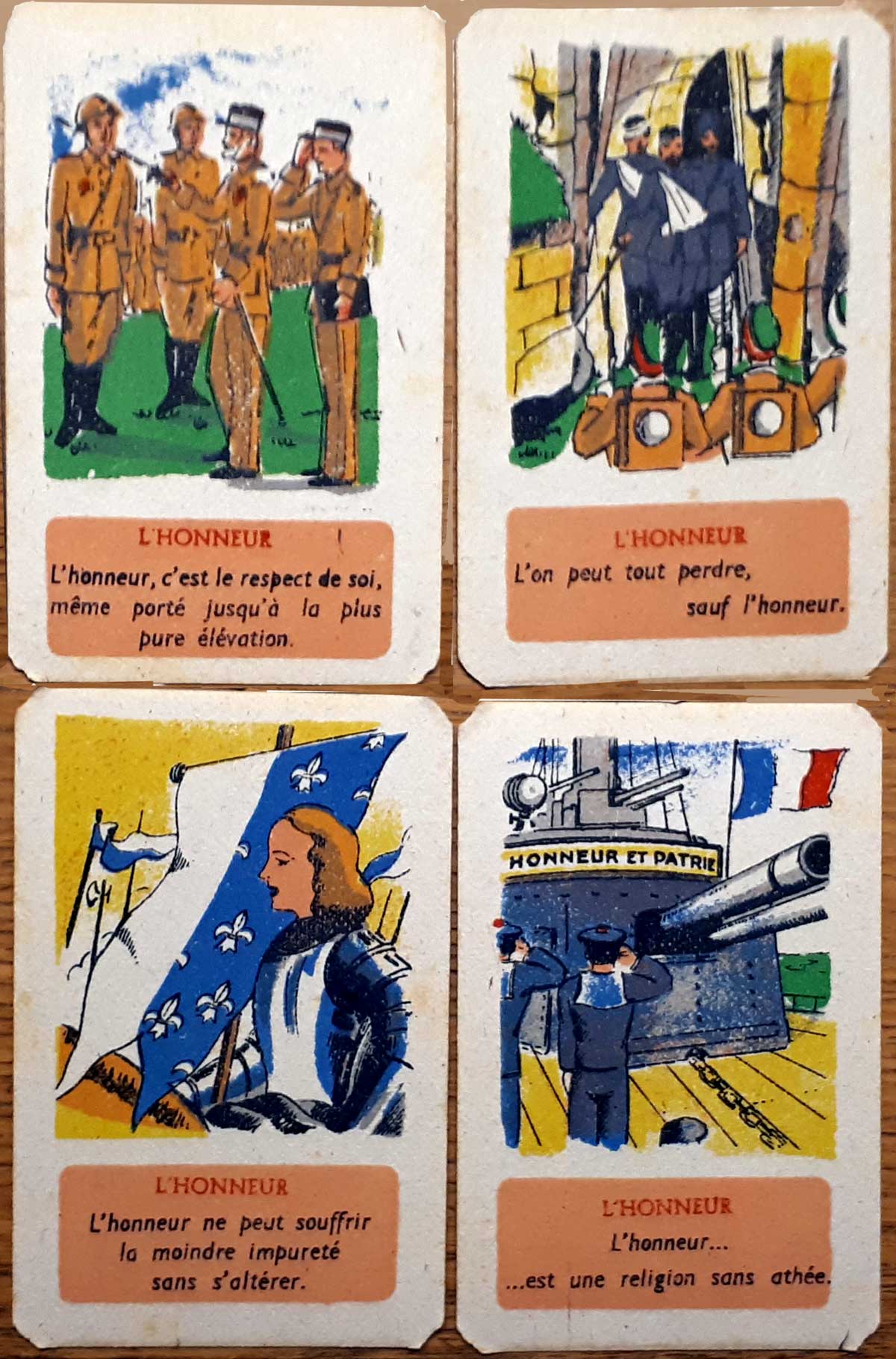