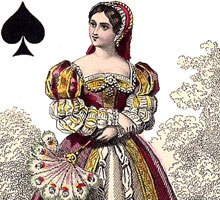 The court cards in this “Jeu des Costumes Historiques” present full-length figures in character costumes of the 16th and 17th centuries, and are named as follows: in Hearts the Roi is Bussy d'Amboise, the Dame, Dame de Monsoreau; the Valet a groom holding a horse, without title. In Clubs the Roi is Cinq-Mars, the Dame Marion Delorme; the Valet, bearing glasses on a salver, is untitled. The King of Diamonds is the Chevalier d'Eon, the Dame, the Comtesse de Rochefort. The Valet is a footman, without title, but on the base of a pilaster is the address “Gibert a Paris.” In the suit of Spades the Roi is Comte de Brissac, the Dame, Diane de Poitiers, the Valet is without title and holds a greyhound by a string, and at the left-hand lower corner is engraved the word “France”. 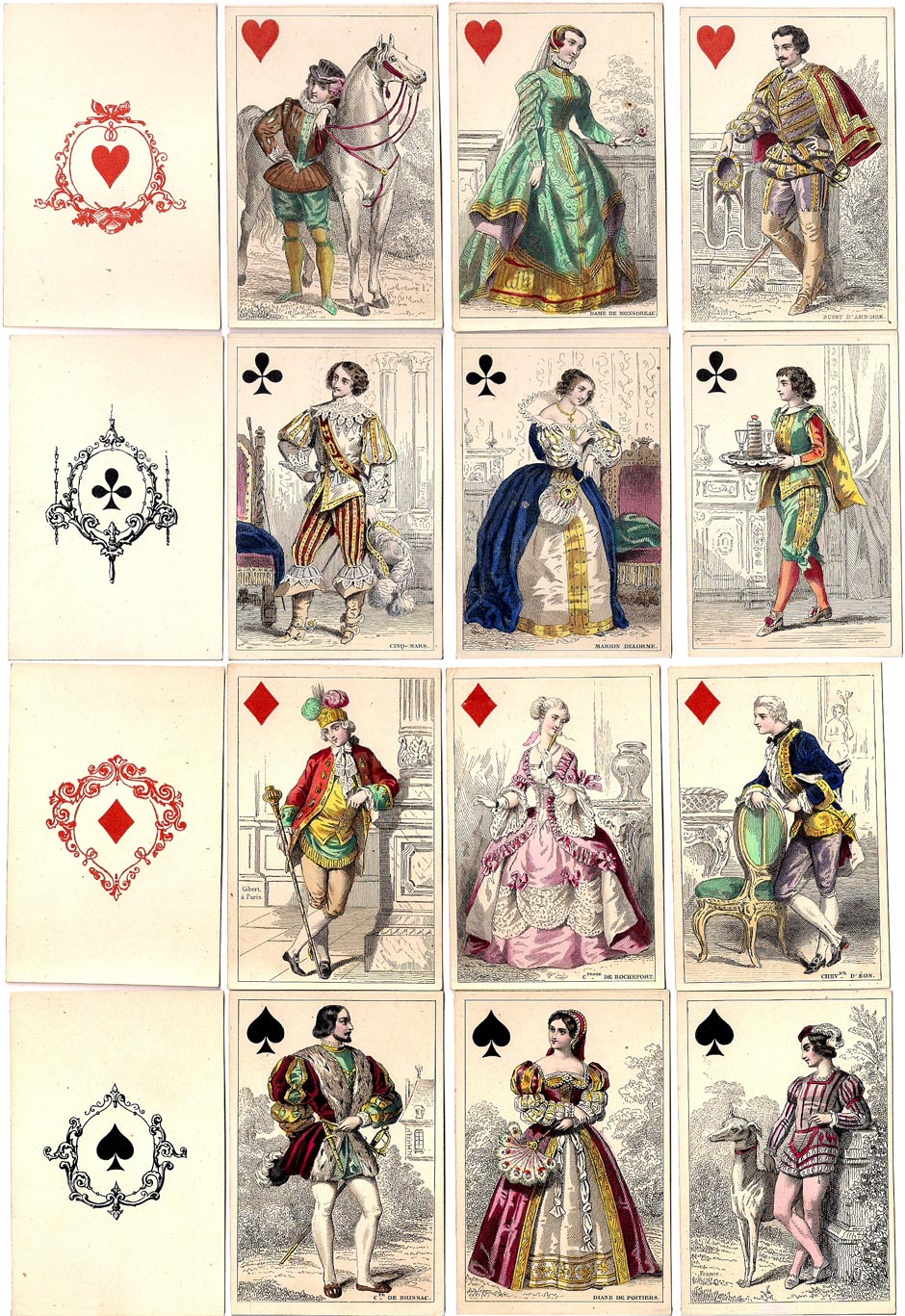 Above: Historical Costume Playing Cards by O. Gibert, Paris, c.1853. These cards are from neatly etched plates, and are carefully coloured. The marks of the suits on the Aces are enclosed within an ornamental device. Square corners, 83x55 mms. The backs are coloured pink, some of which has rubbed onto the fronts. Images courtesy Rod Starling.

Stanislas-Désiré Avril (active 1862-1868) produced a series of fashionable costume packs, including this design inherited from O. Gibert. In this version the four kings have a crown above the suit indicator, and the four aces have been re-drawn. Also, the jack of hearts has the legend “Avril à Paris” on the block at lower-left. 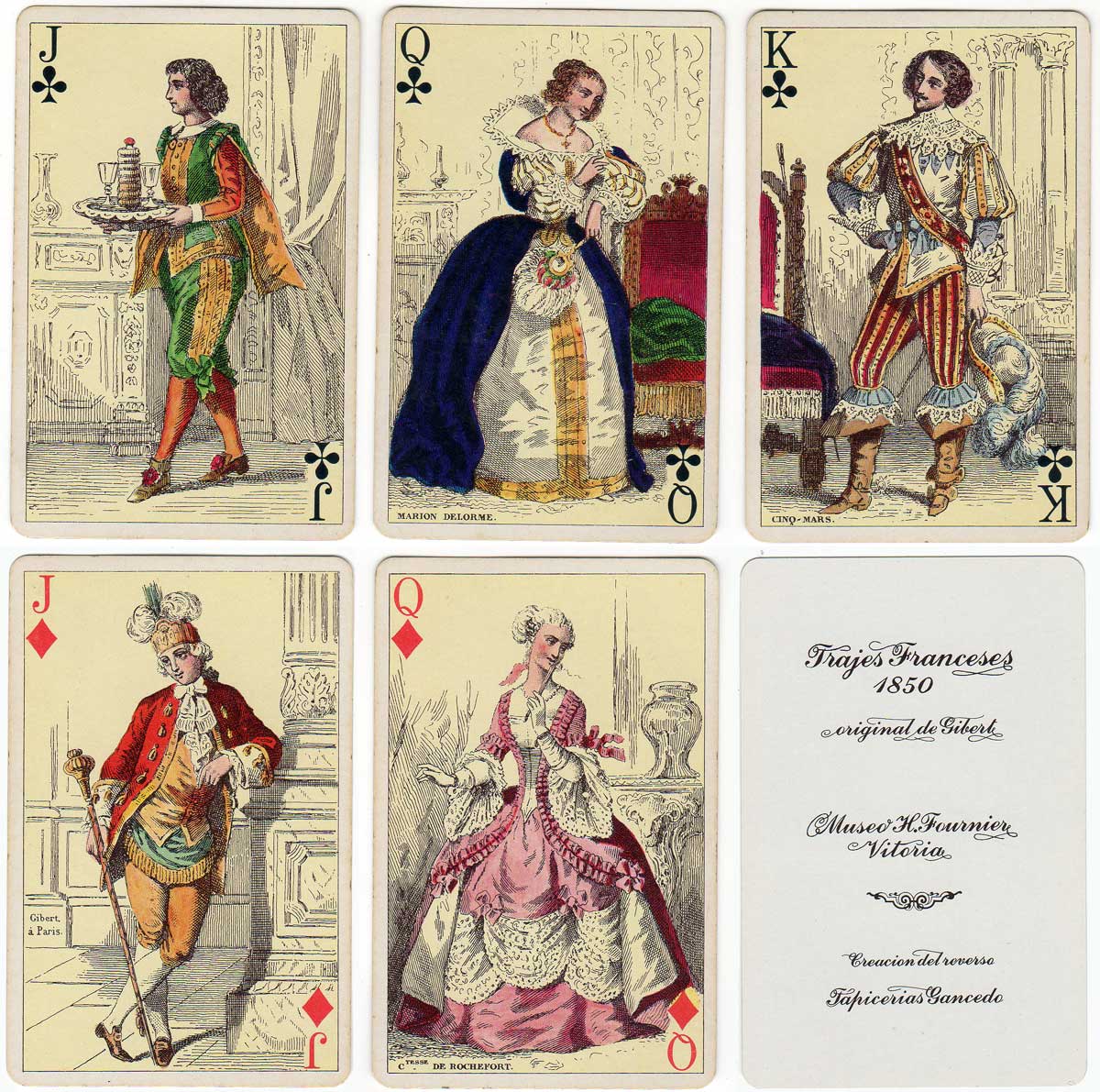 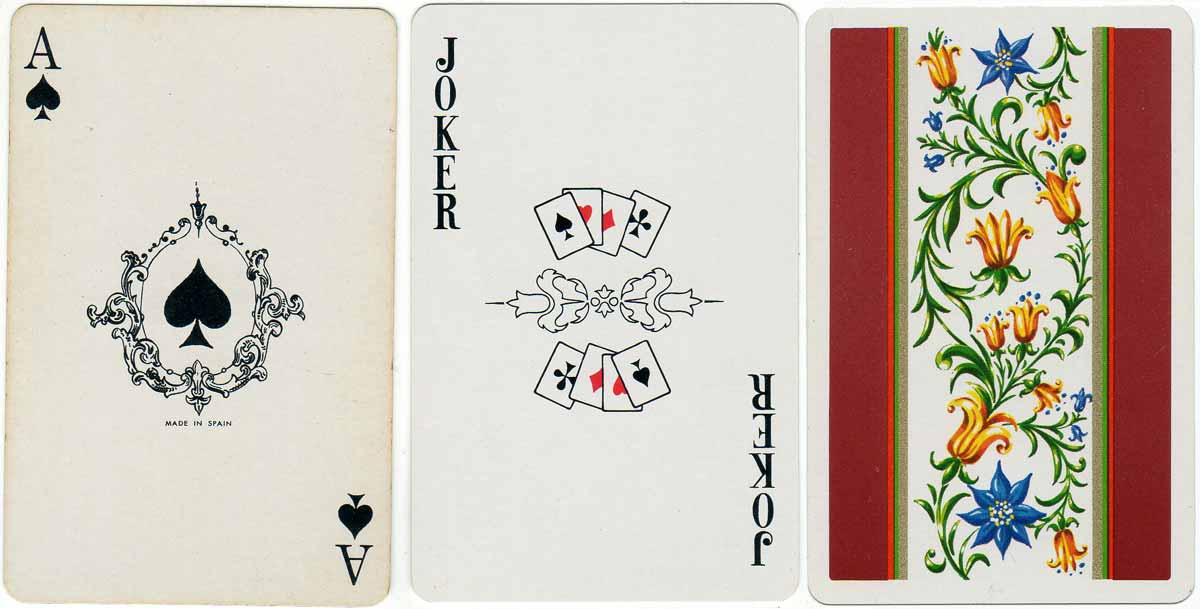 Willshire, William Hughes, "A descriptive catalogue of playing and other cards in the British Museum, accompanied by a concise general history of the subject and remarks on cards of divination and of a politico-historical character," Trustees of the British Museum, London, 1876.