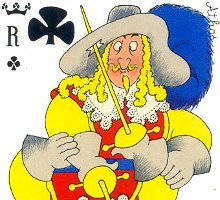 A vintage deck of playing cards with designs by Albert Dubout, noted French cartoonist, illustrator, painter and sculptor, and published by Éditions Philibert in c.1954. The cards are less risqué than other Philibert decks and the designs on the court cards feature the Three Musketeers and other characters from the Dumas novel in a cartoon style.

Albert Dubout (1905-1976) studied at the École des Beaux Arts de Montpellier. He illustrated more than 80 books as well as movie posters, advertisements and playing cards. He is remembered as one of the finest exponents of French satire. 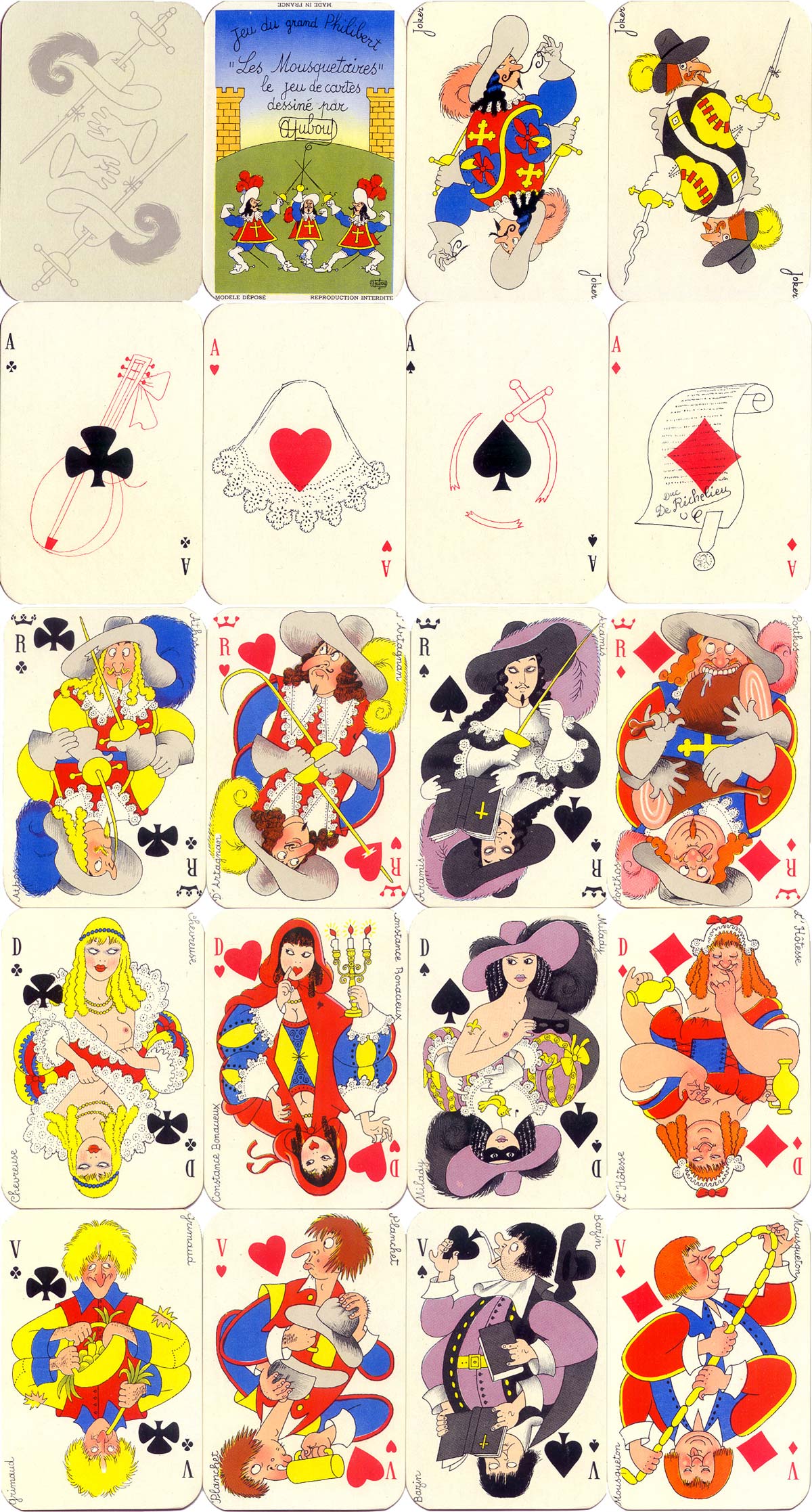 Above: ‘Les Mousquetaires’ cartoon playing cards designed by Albert Dubout, Paris, c.1954. The deck has 52 cards + 2 Jokers + title card. The deck was a limited edition of 12,000, although the title card is not numbered. The cards are wide, measuring 91x63mm, with gold edges. Images courtesy Barney Townshend.