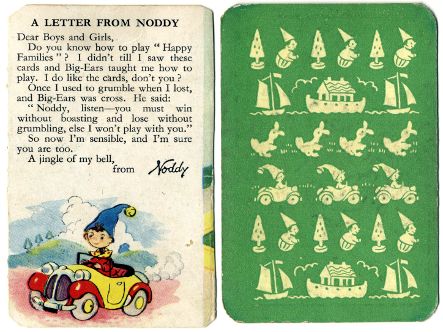 Noddy is a character created by British children's author Enid Blyton, originally published between 1949 and 1963. Television shows based on the character have run on British television since 1955 and continue to appear to this day (see Wikipedia article).

Enid Blyton's Noddy Happy Families card game was published in 1955 by Sampson Low, 25 Gilbert Street, London W.1., manufactured in Great Britain. The illustrations were by Robert Tyndall. Some of the original characters in the Noddy stories are seen today as incorrect or even racist, and attempts have been made to re-write the stories in politically-correct terms. Thus the cards provide documentary evidence of changing attitudes and social stereotypes. 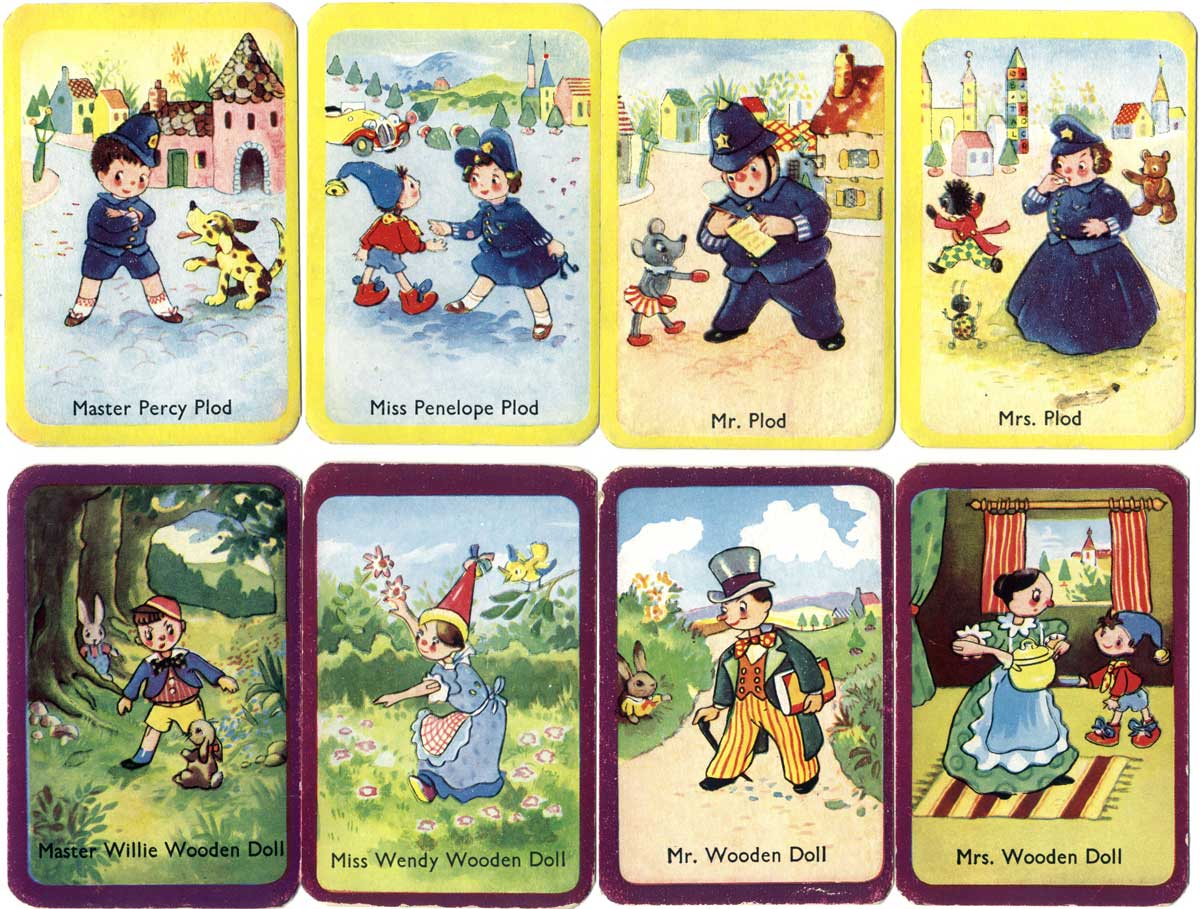 Above-top: Mr Plod is the Toytown policeman. He is a good friend of Noddy and thinks Toytown can't live without him. Mr. Plod is generally long-suffering towards Noddy and Noddy likes Mr. Plod and frequently goes out of his way to help him. 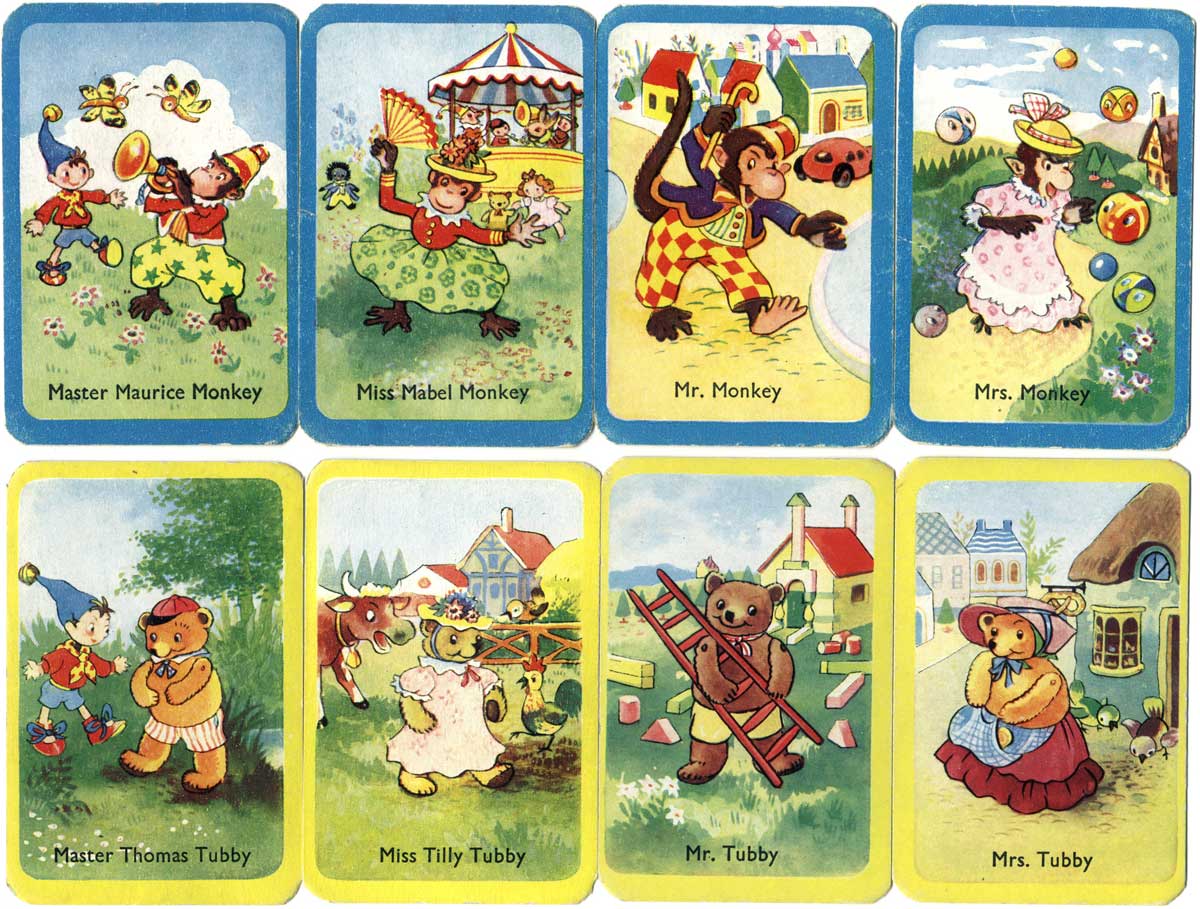 Above: Mr Tubby Bear was Noddy's next door neighbour.

Above: the original Noddy stories featured Golliwogs or black-faced woollen dolls. These dolls were popular in the UK at the time the stories were written, but have fallen out of favour. Mr Golly and his family in the books is the owner of the Toyland garage. He was replaced by the politically correct Mr Sparks in the TV series in the early 1980s.

Early Noddy books have become collectibles, along with other Blytons. The total number is hard to count: the Noddy Library (Sampson Low) of two dozen titles, which became the New Noddy Library when revised, was just part of a big production in the 1950s, with Big Noddy Books of larger format, and strip books. There were numerous spin-offs, such as the playing cards shown on this page.