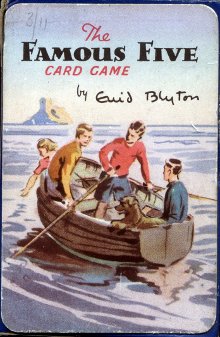 The Famous Five Card Game by Enid Blyton (1897-1968) was illustrated by Eileen A. Soper and published by Pepys Games (Castell Brothers Limited), 14-17 St Cross Street, Hatton Garden, London E.C.1. in 1951. The card game is based on the Famous Five series of adventure books written by Enid Blyton for boys and girls, and depicts stories from four of the favourite books in the series. Blyton's total literary output was of an estimated 800 books over roughly 40 years. Some critics feel that Blyton's stereotyped depictions of gender, race and social class, coupled with a restricted use of language militates against the development of wider literary qualities in her readership.

Left: the title card from the box, showing the original retail price of three shillings and eleven pence.

The set is complete with an instruction booklet and a letter from Enid Blyton which introduces the new game.   See also:   Noddy Happy Families   Wikipedia article about Enid Blyton 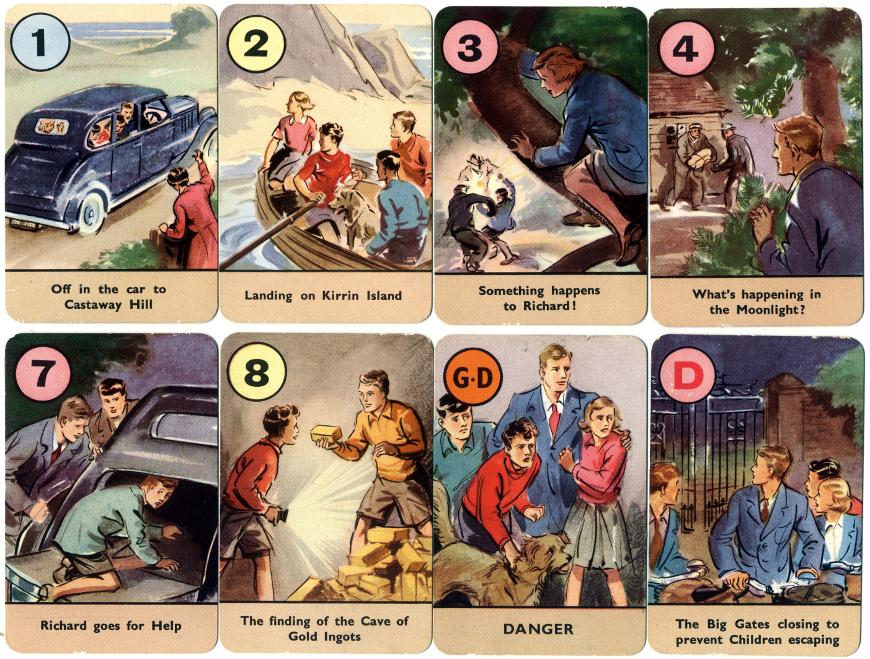 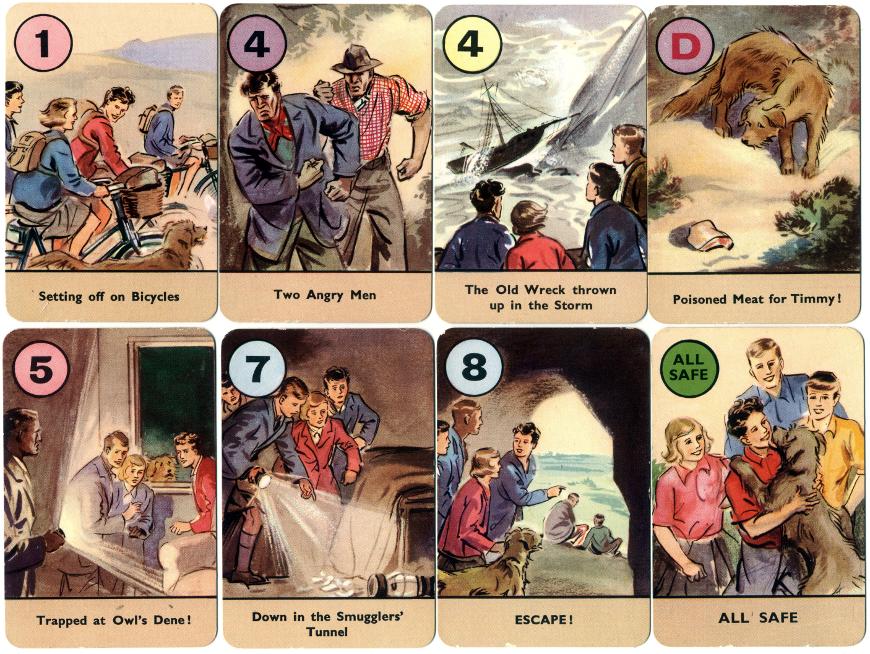 Above: cards from The Famous Five Card Game by Enid Blyton, published by Pepys Games. The game is based on four of the books about the adventures of the "Five" and the pictures on the cards are all of exciting incidents from the books.There are four complete sets of pictures and each set, when laid out in the correct order (which is the object of the game) tells the story, in pictures, of the book from which it is taken.

Pepys produced games from c.1938 until 1978. The more popular games continue to be published by Gibson Games.