Spear’s “Snap” card game from the 1920s was produced for many years. The deck consists of ten designs repeated 4 times each (40 in all), plus a Rules leaflet. The game involves crying “Snap” whenever two matching cards are turned over and seeking to win all the cards. The pack is reproduced now by Cheatwell Games under their Bygone Games series. The grotesque characters were inspired by the satirical illustrations by John Tenniel which became the basis for the “Old Original Game of Snap”, first published by John Jaques & Son Ltd in 1866 see more → 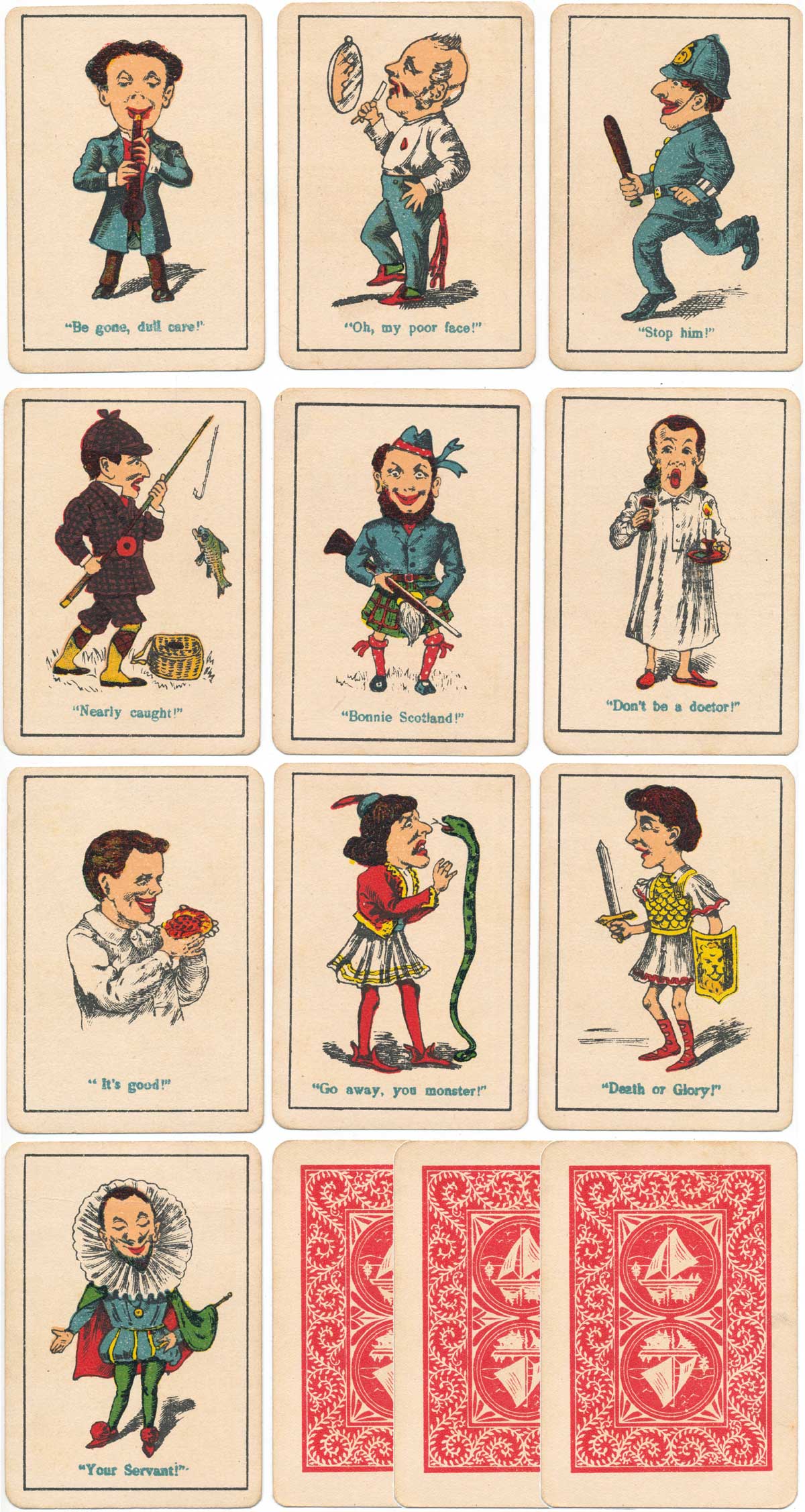 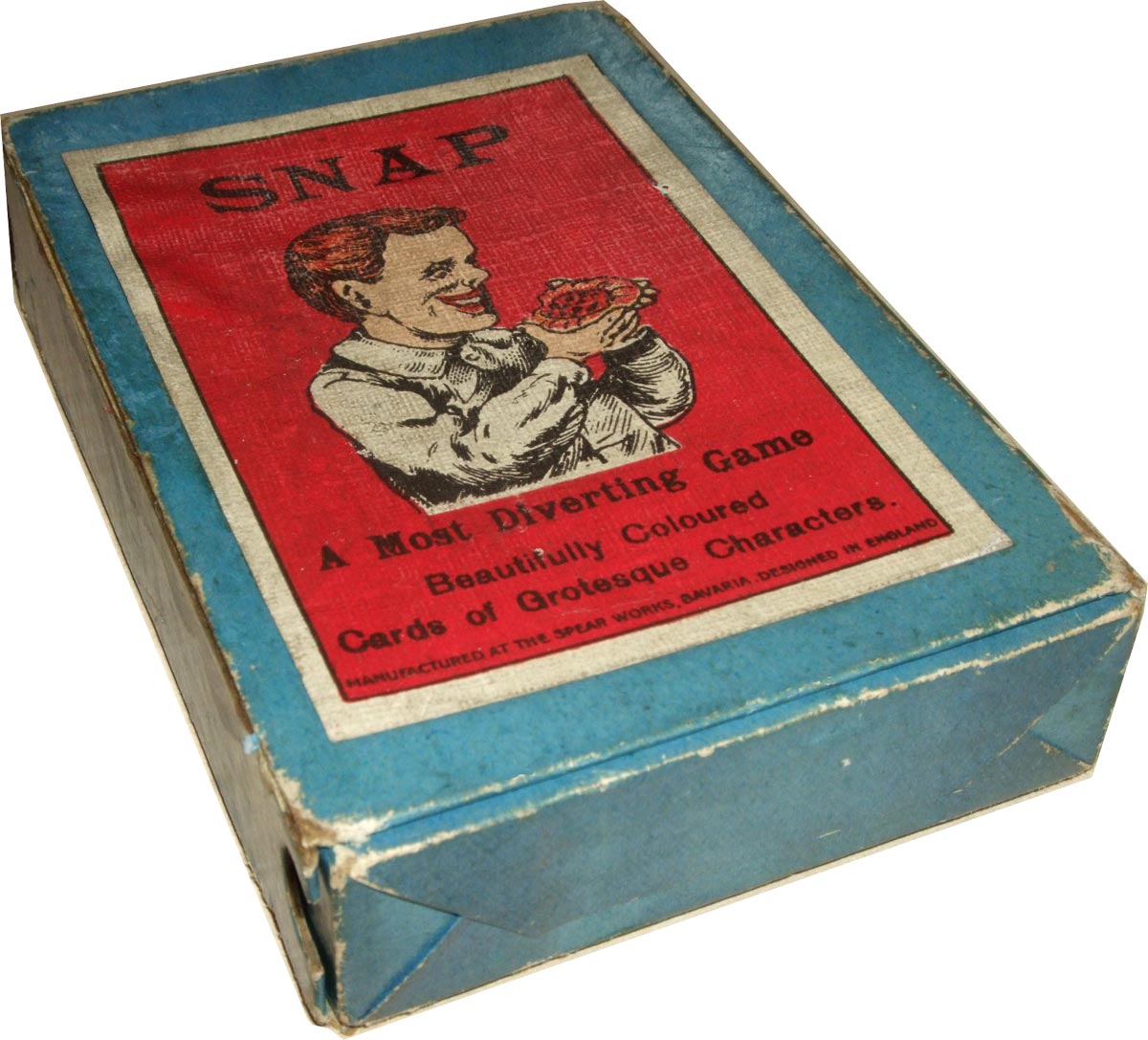 The year of this edition is around 1970, it is contemporary with the Flintstones pack► 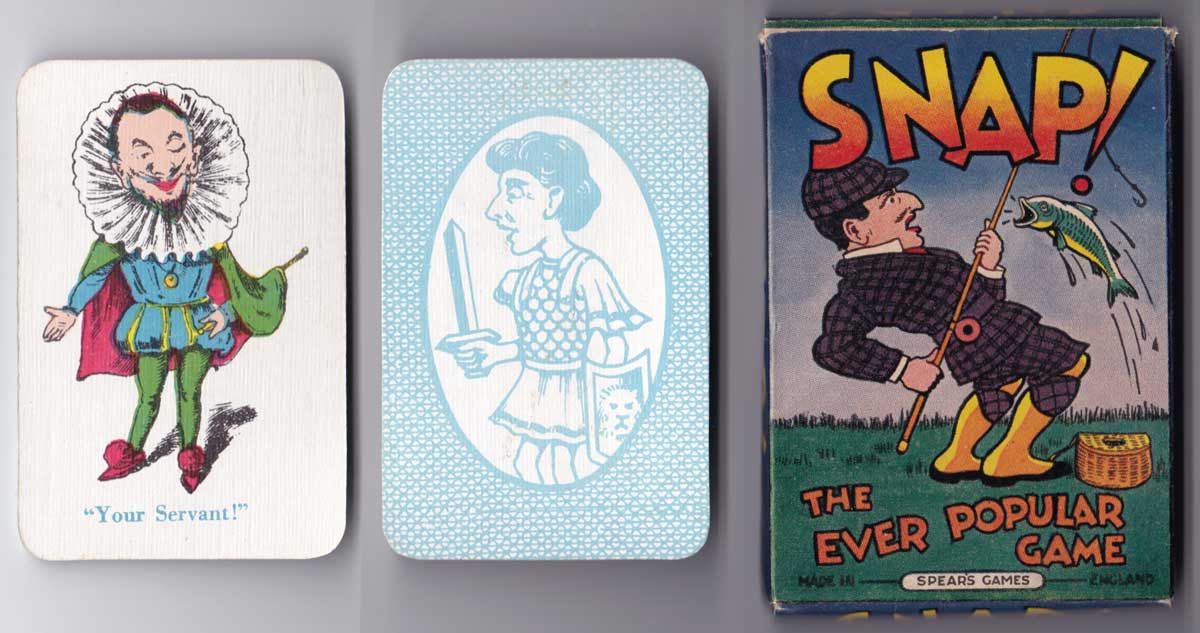 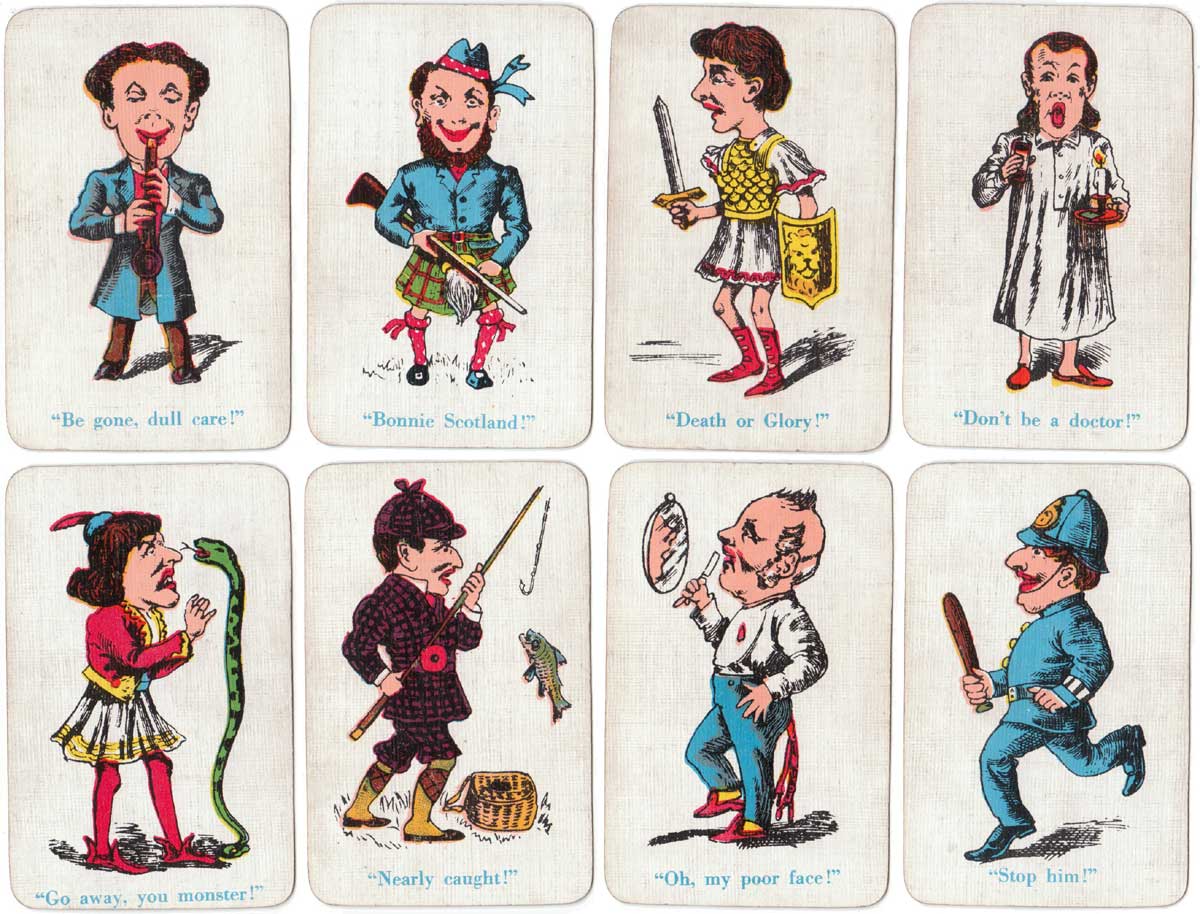