The Old Original Game of Snap, first published by John Jaques & Son Ltd in 1866, was a family card game described on the box as “sixty-four cards of Grotesque Characters. Beautiful, Printed in Colours.” The social satire illustrations, which were at the heart of children's enjoyment during the later Victorian era, were produced by John Tenniel (1820-1914), the illustrator and political cartoonist whose work was prominent during the second half of the 19th century. Tenniel also designed the similarly “grotesque” cartoons for Jaques' Happy Families game and drew a series of illustrations for Alice in Wonderland which were adapted for a card game published by De la Rue in c.1898.

Snap is a matching game, often played with custom decks specifically designed for the game but ordinary playing cards can be used. The game of Snap is a part of every person's childhood memories. The earlier sets were hand coloured and had square corners and plain backs [see example]. The game was very popular and has seen many editions over the years. It is still published today by Jaques of London. 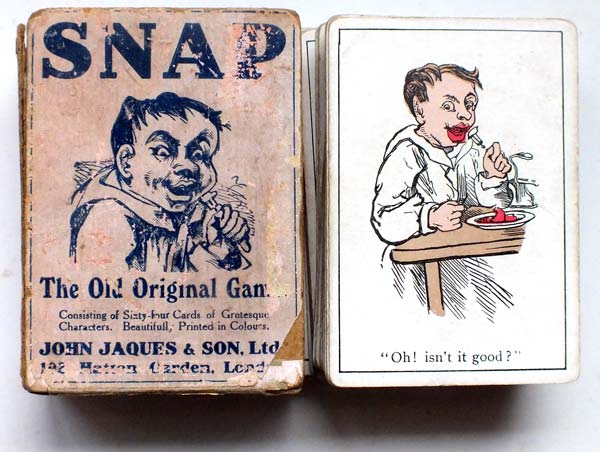 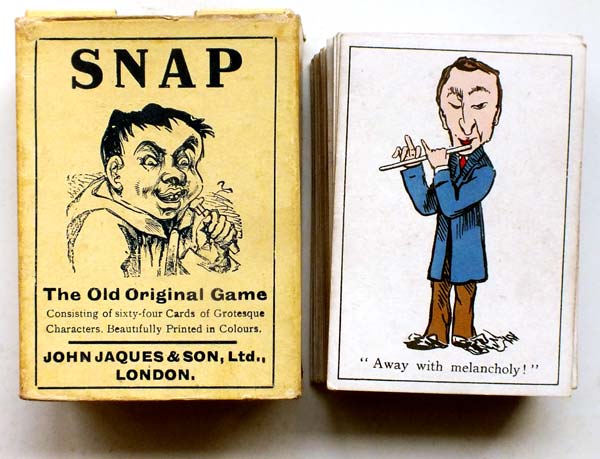 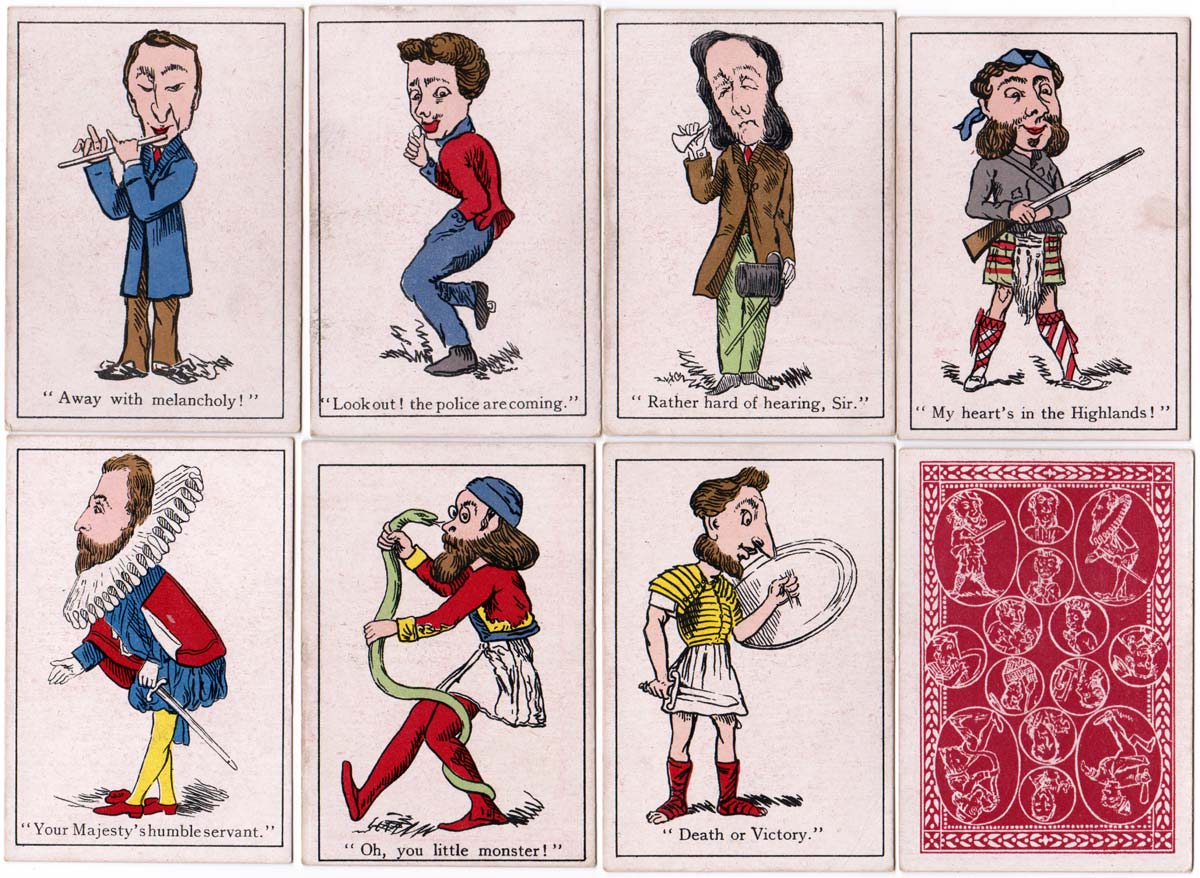 Above: cards from Jaques & Son Snap card game, c.1910 edition, square corners. John Tenniel (1820-1914), who designed the cards, had joined the staff of Punch magazine in 1851 and contributed over 2000 cartoons. He also illustrated numerous books. His fantastic characters on the fast paced game of Snap have captured the imaginations of children for over a century! He was knighted in 1893. 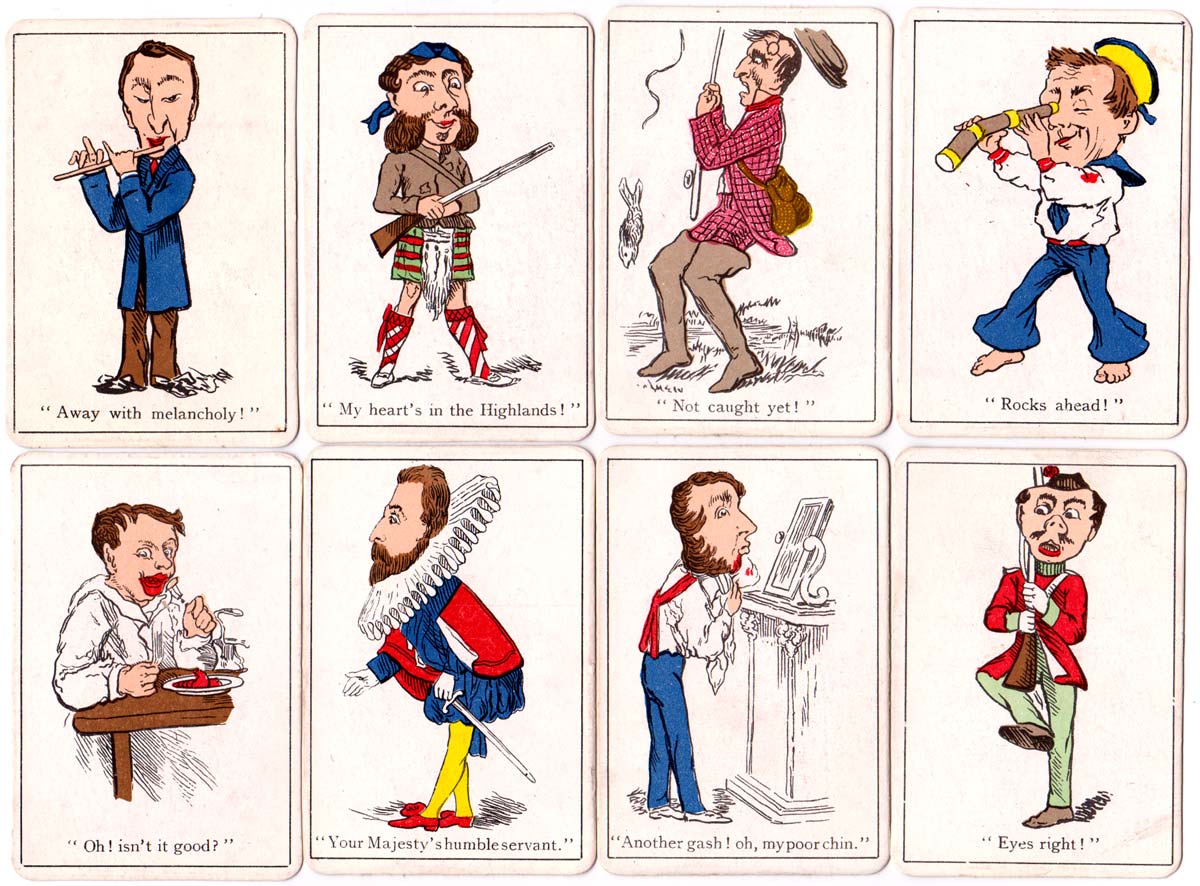 Above: cards from Jaques & Son Snap card game c.1920 edition with only 8 families, 32 cards. The cards have rounded corners.