Playing cards with illustrations from Greek mythology published by Michalis Toubis S.A., 1995. The courts show double-ended images of named Greek Gods with Bacchus and Pan as the jokers. See the Box► 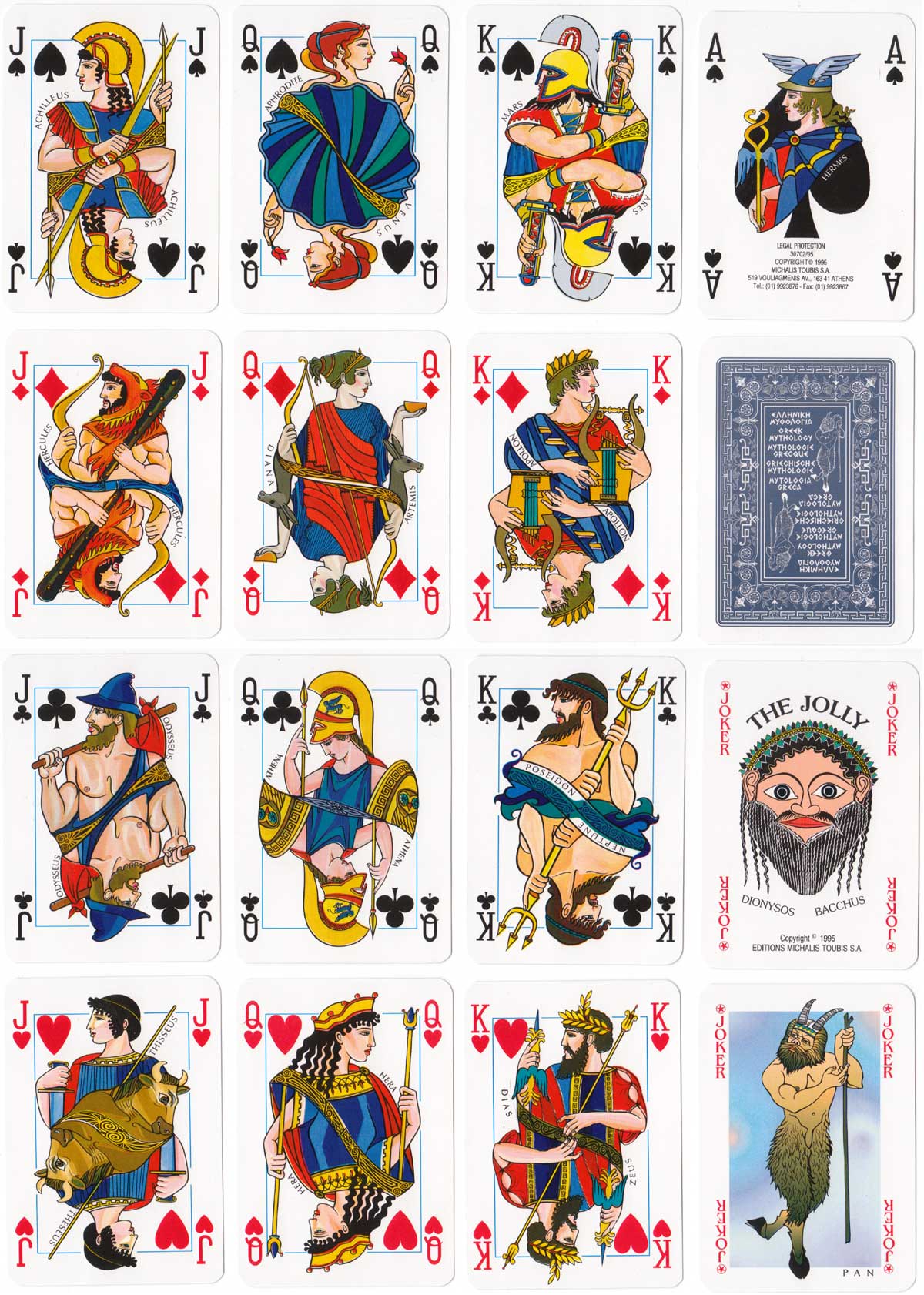 Similar to the above, this pack has images of characters from Greek mythology adorning the aces and courts, each with their Greek name and Roman equivalent. Published by Editions Haitalis, Athens. See the Box► 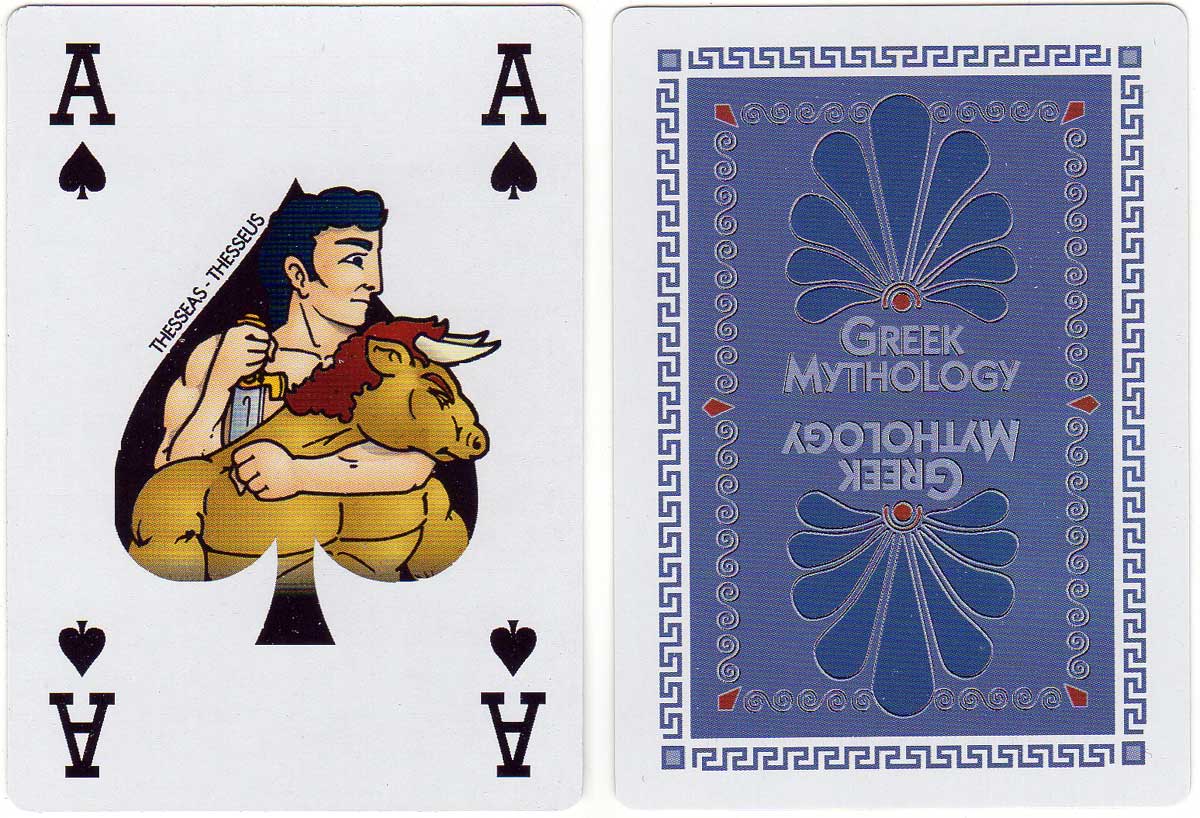 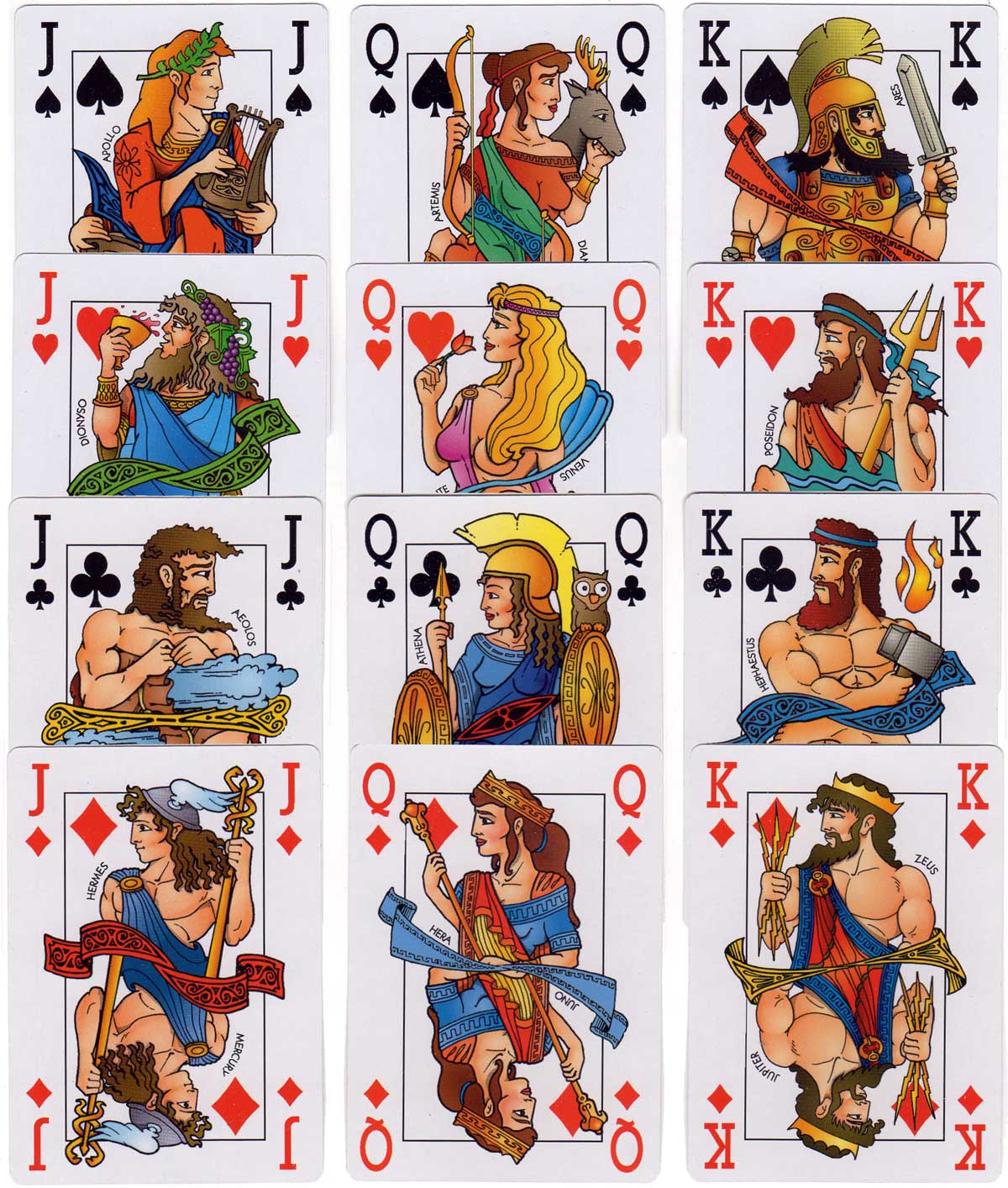 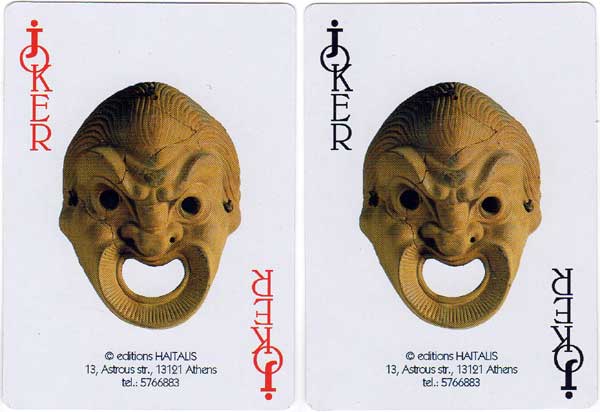