‘Air Rummy’ playing cards published by Air Malta, late 1990s. The cards are a variation on standard playing cards using coloured indices instead of suits. The aces and court cards all carry the same images across suits but the pip cards have photographs promoting Malta as a tourist destination. The four jokers are indicated by a Maltese cross in each corner. See the Rules► 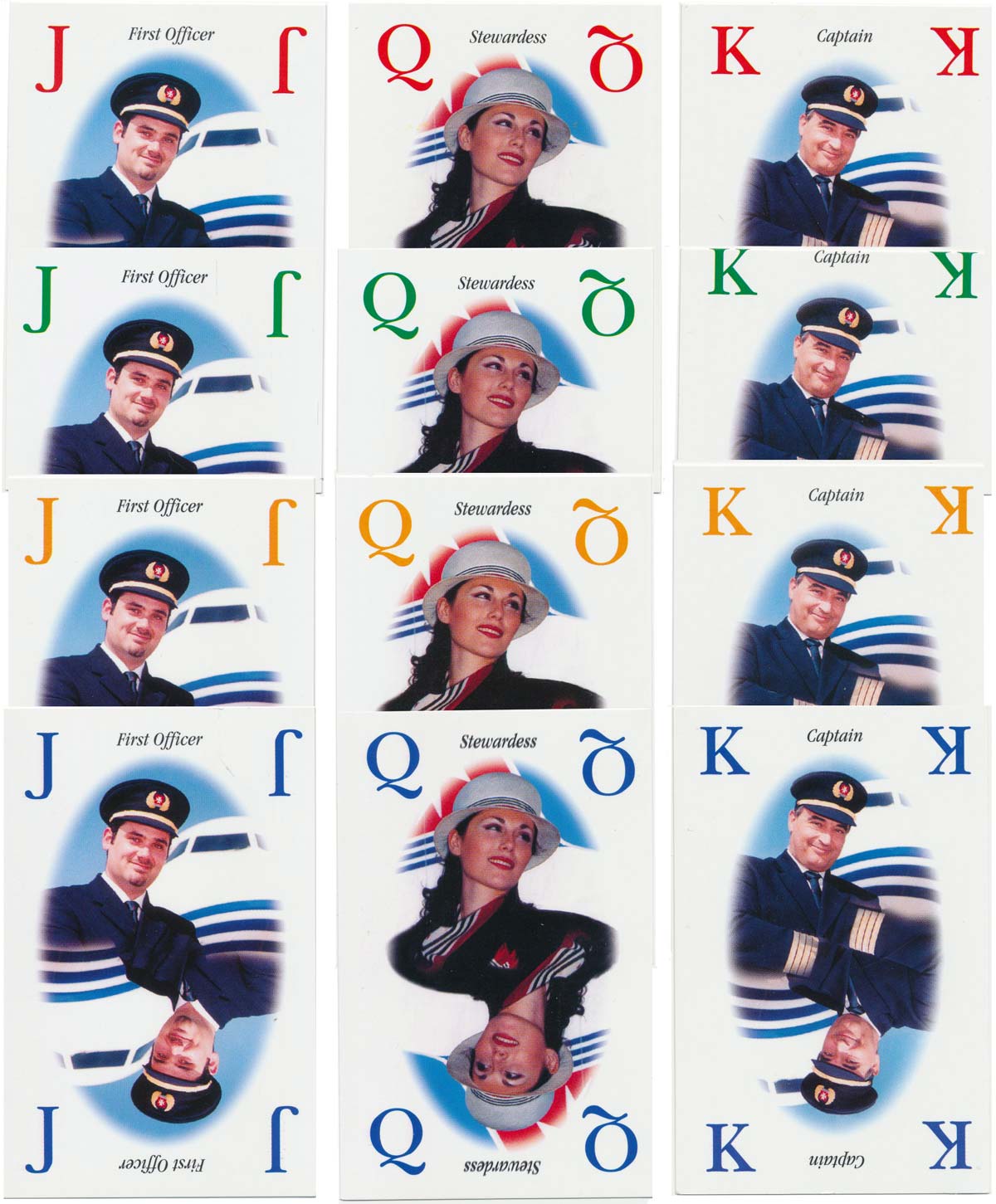 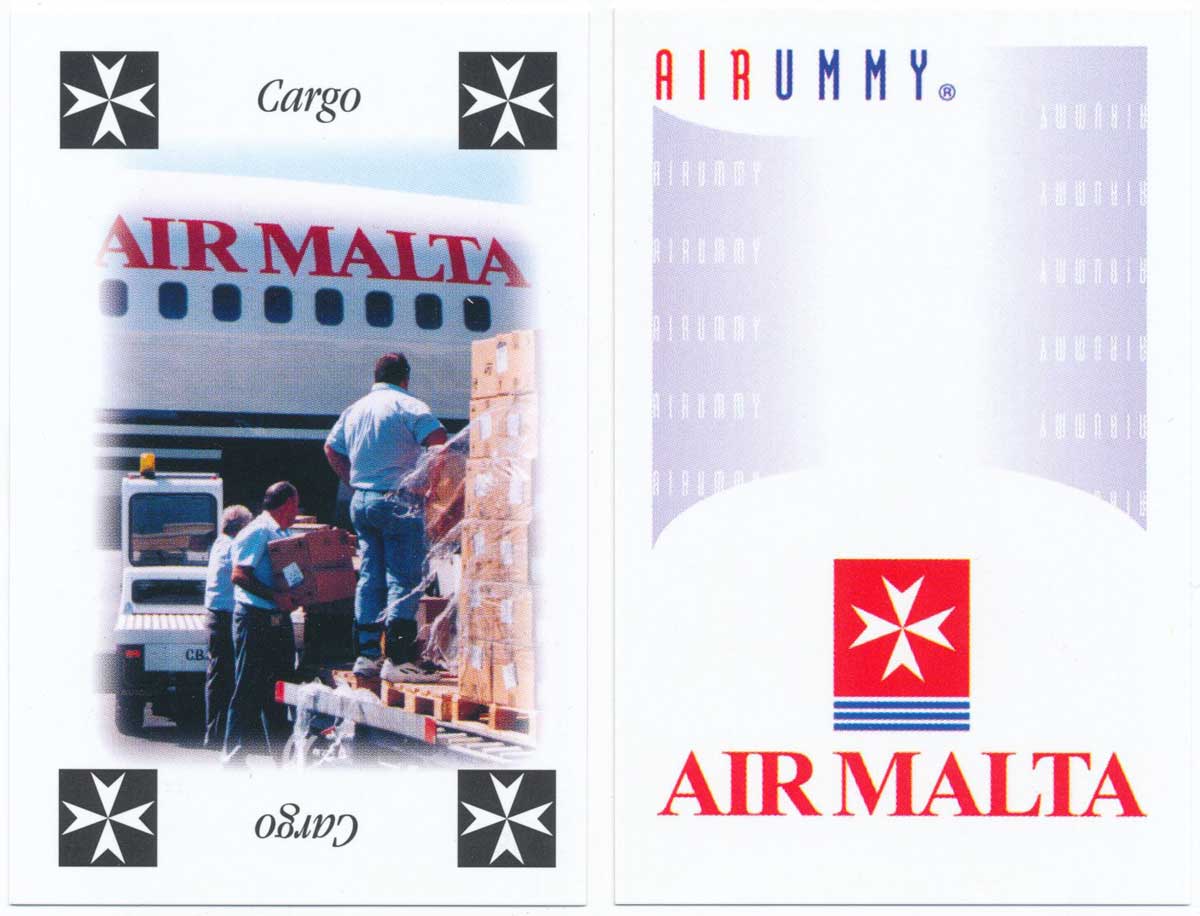 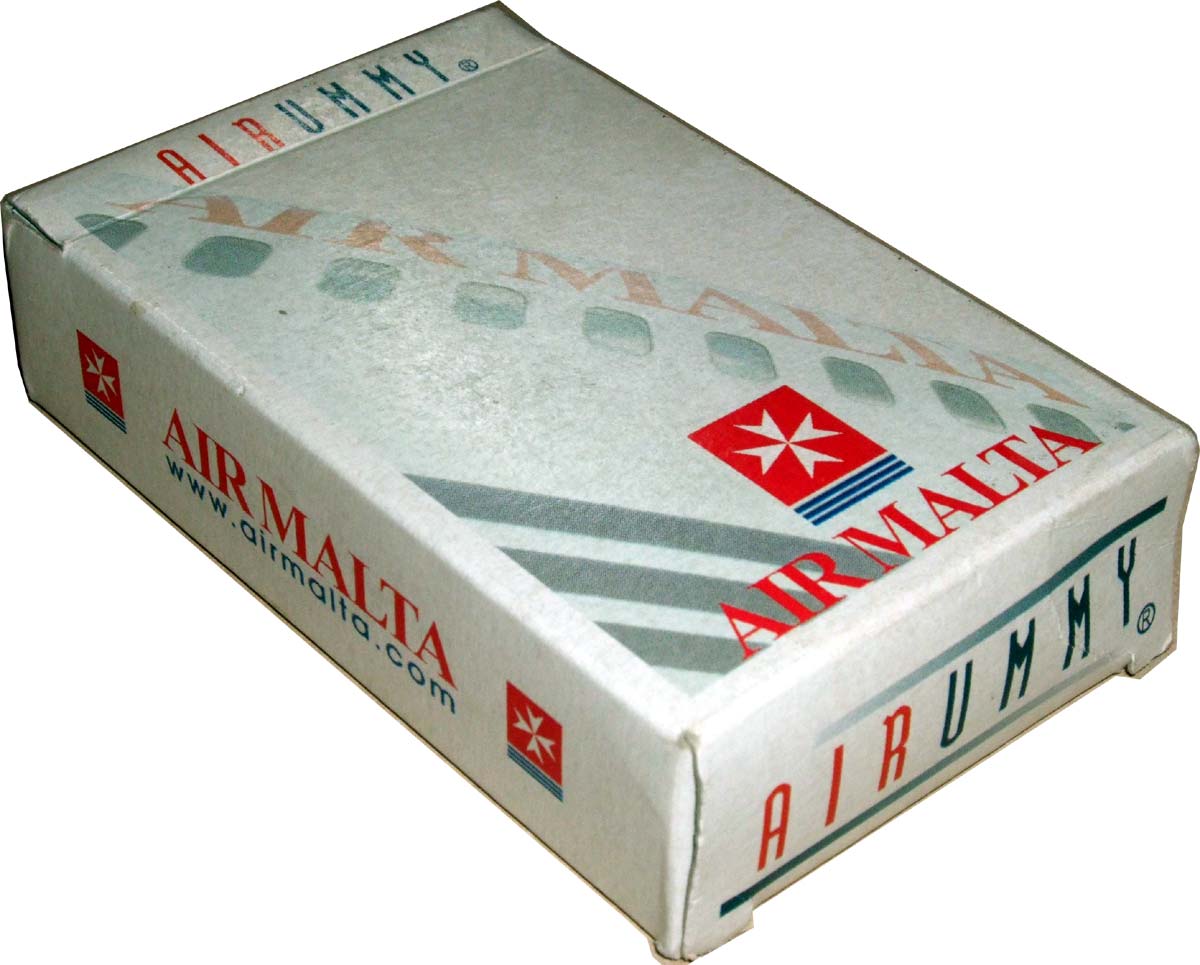