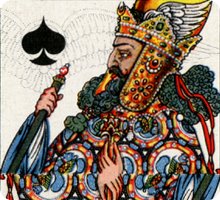 Representing Iranian culture and history and intended for a Persian market, these playing cards were designed by V. Romanowski de Boncza. The deck was commissioned by the Royal Iranian Government Playing Card Monopoly (Ministry of Finance) at the time and printed by De la Rue & Co., Ltd, c.1937. The double-ended court figures are wearing exotic Persian costumes from different dynasties. 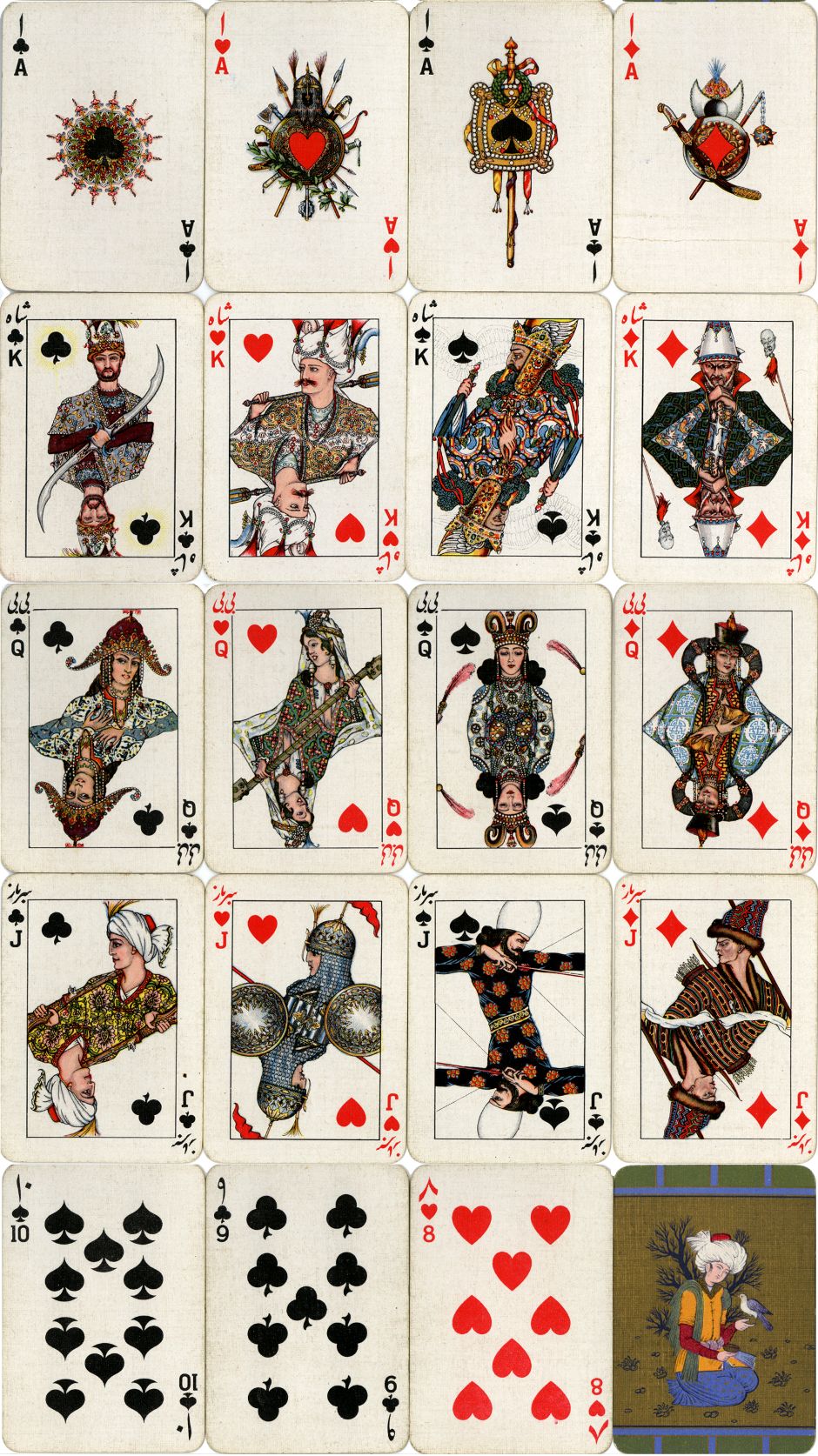 Above: 'Iranian' playing cards designed by V. Romanowski de Boncza and first printed by De la Rue in c.1937. The cards incorporate Iranian motifs and there appear to have been more than one back design as well as a patience sized version; the cards were also re-printed by Fournier in c.1962 and again at a later date with some modifications. Images courtesy Barney Townshend and Mehdi Soozande.