playing cards from Russia based on Literature & Theatre

Playing cards showing the influence of ‘Jugendstil’ first manufactured by the Soviet Playing Card Monopoly (U.S.S.R.) in c.1910 and then again in c.1930. The well-designed court figures are colour coordinated, and represent characters taken from literary works, pantomimes and comedy (Queen of Diamonds as Scheherazade, Queen of Clubs as a mermaid, Knave of Hearts as Pierrot). Some editions are known with English indices suggesting that the cards were also intended for export. 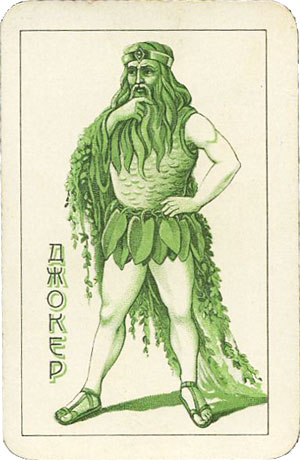 Above: the original Joker from the first edition. 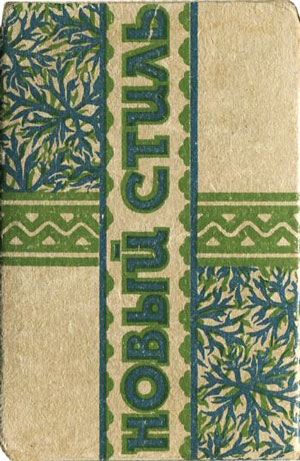 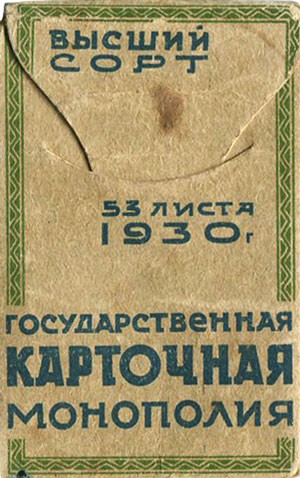 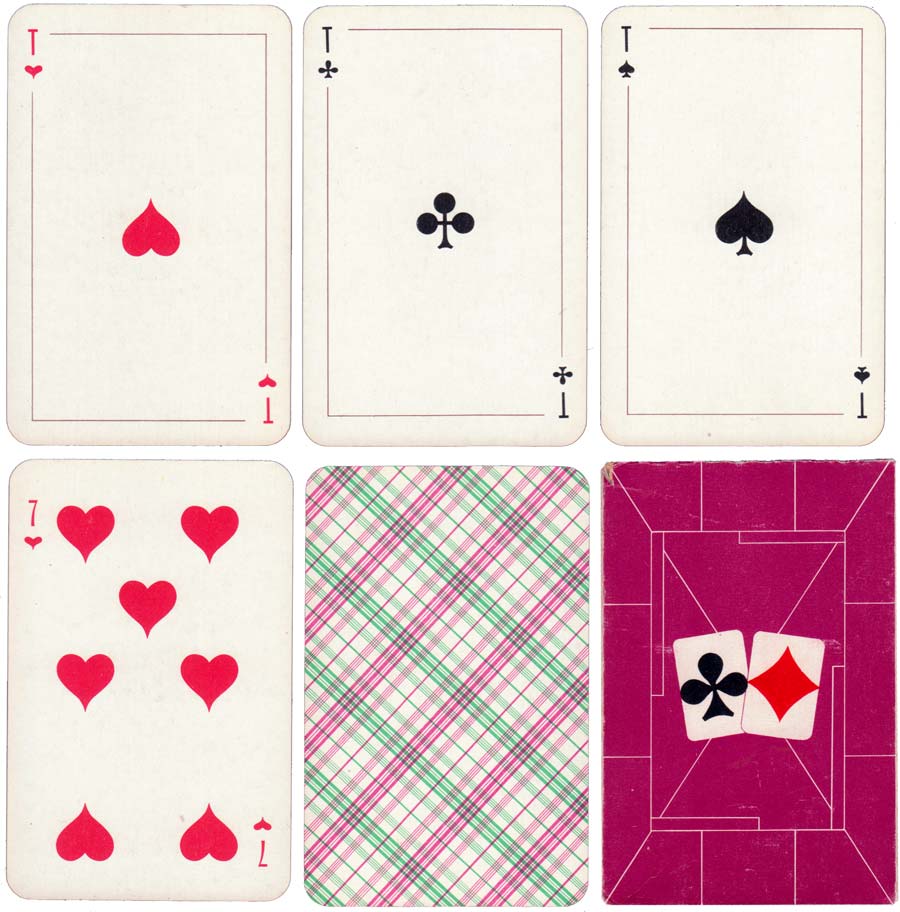 Above: cards from a modern re-print, c.1980, with a new back design and box. Images courtesy Rex Pitts.