‘La Auténtica Baraja Canaria’ was published in 1995 by Justo Pérez (Tenerife) as an expression of the history and character of the Canary Islands, one of Spain's 17 autonomous communities. When Europeans began to explore the islands they encountered indigenous populations living at a Neolithic level of technology, who may have shared a common origin with the Berbers of northern Africa. The Sotas and Kings in this pack are depicted as Neolithic men and women wearing animal skins and cloaks. The Cavaliers are represented as bloodhounds. The suit symbols are prehistoric versions of the standard Spanish suits of Coins, Batons, Swords & Cups. The box has a poem alluding to a land of history, wine, fun, laughter and beautiful women. 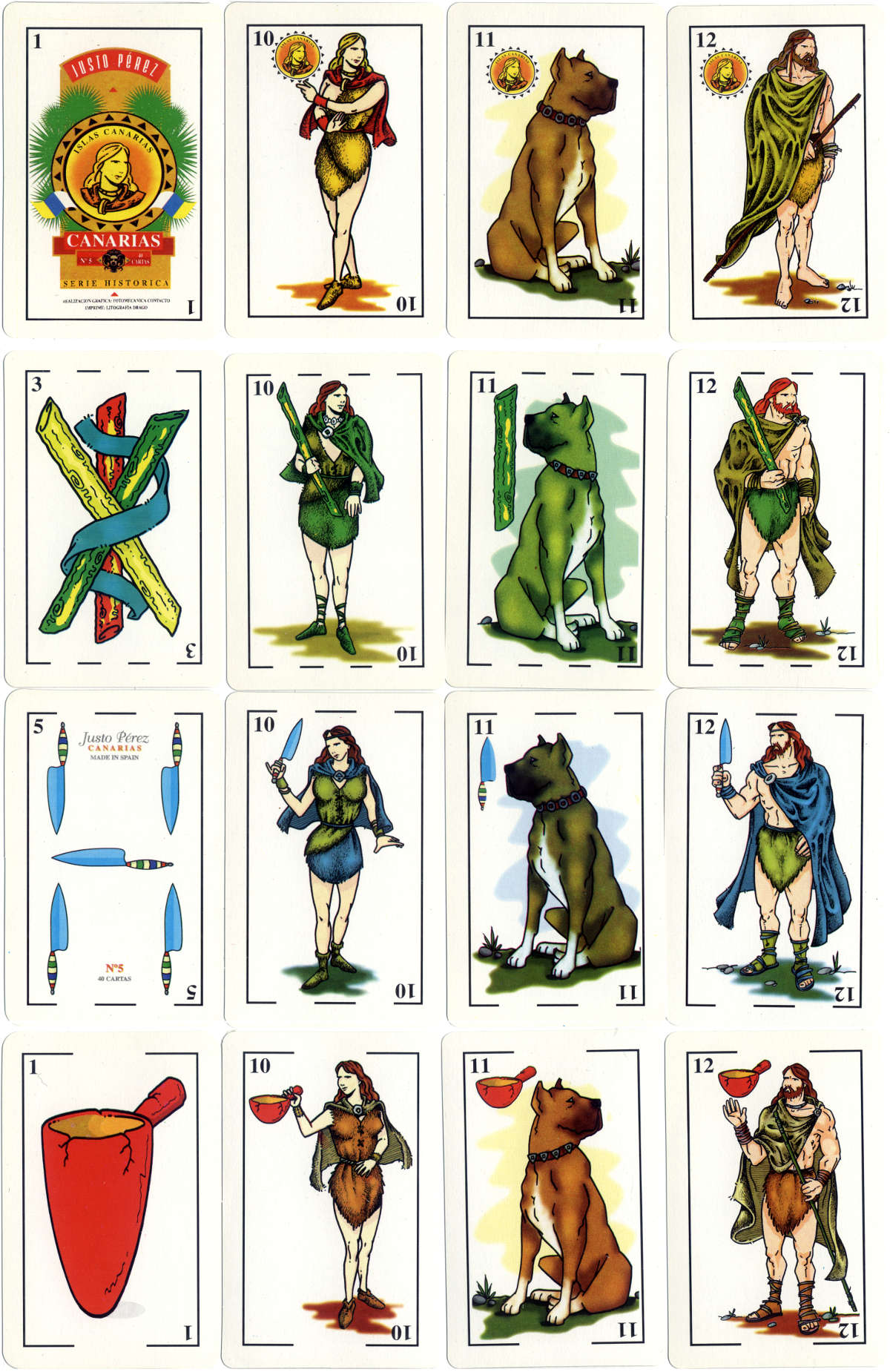