This cinema-themed pack from Spain captures the flavour of the era with artwork in an art-deco style. The card faces feature film personalities and also other contemporary champions from the worlds of sport and aviation on the court cards and in amongst the number pips. The backs, however, contain forty-eight numbered frames depicting Periquito (Felix the Cat) which make an animated ‘flick-book’ or elementary moving picture and link the pack to cinematographic history. 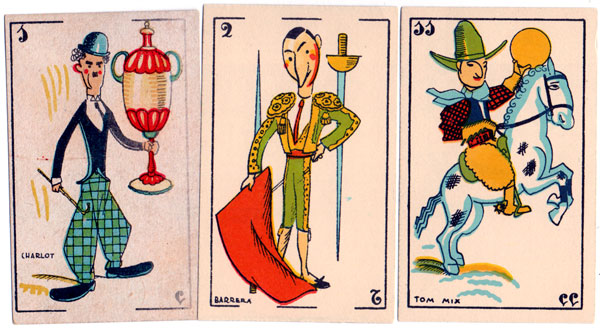