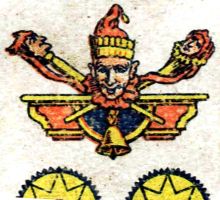 The Moliner family of Burgos were general lithographic printers who also produced playing card during the period c.1885-1923. Around ten different styles of packs are known, including standard Castilian, Catalan, Cadiz patterns as well as several editions of children's packs. Some of the designs were original, others were inspired by the designs of Heraclio Fournier. Most of the packs were available with either square or rounded corners, the latter gilded or normal. 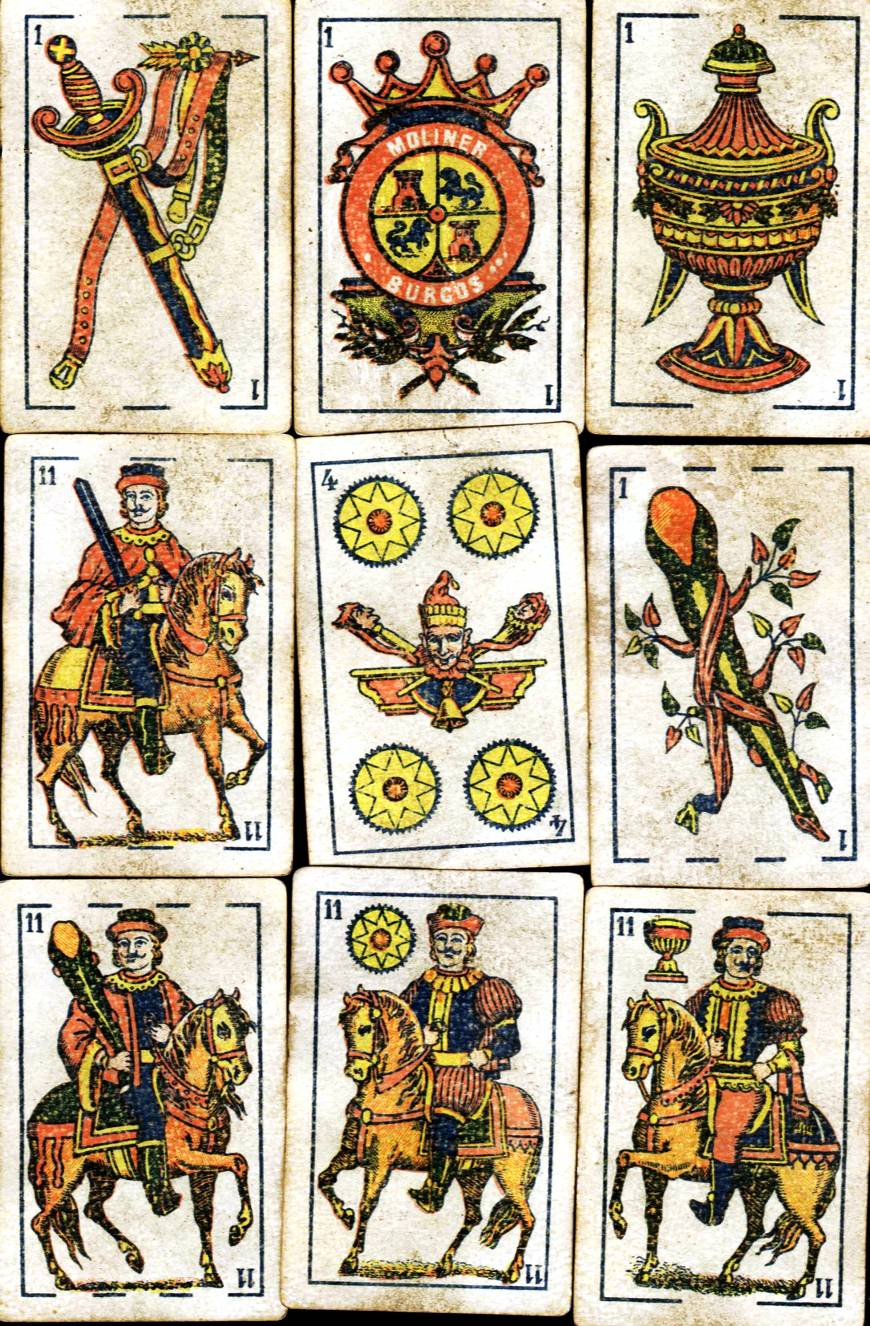 Above: slightly soiled cards from a "Nº 4" pack manufactured by Antonio Moliner, Burgos. The Ace of Coins has a crown above a medallion displaying the lion and tower. The court cards are a mixture of Cadiz and Catalan type designs. Image courtesy José Manuel Murcia Fernández.