Fournier’s “Naipe Nacional”, designed by the architect, illustrator and artist Luis Alemany (1886-1943), was first published in 1938 at the time when the Spanish Civil War was imminent, leading to Francisco Franco’s dictatorship until his death in 1975. The designs are aimed at promoting the values and ideals of an enduring and traditional national identity, alluding to the Spanish Reconquista and Renaissance which ushered in the golden era of the Spanish colonial empire. The pack’s composition loosely follows a “Four Cultures” format.

Right: the striking and emblematic “imperial” ace of coins →

Alemany was inspired by the futurist italian, constructivist, rationalist and cubist art movements in stark contrast to the conservative national style of the day. The popularity and success of the project is shown by the successive editions which have appeared, in various formats and in which the symbolism has been slightly changed or updated, to reflect political circumstances of the time. This is the 1970 edition which is mainly based on the 1939 edition with some small changes. 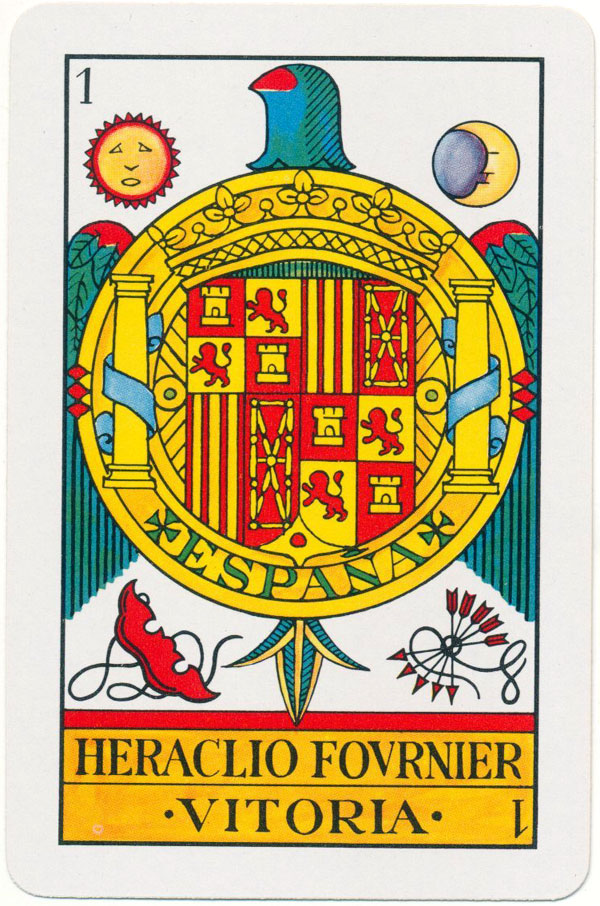 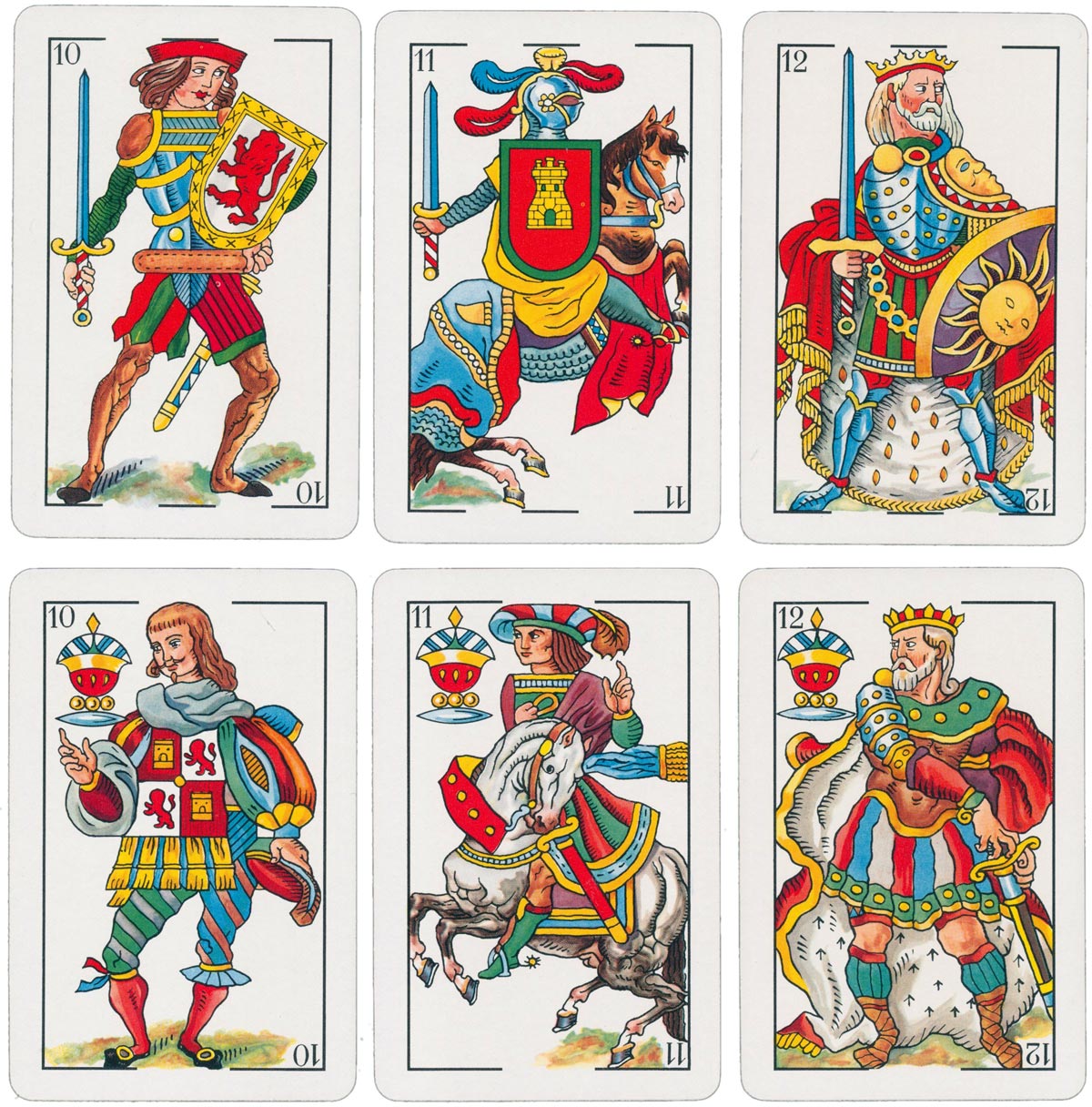 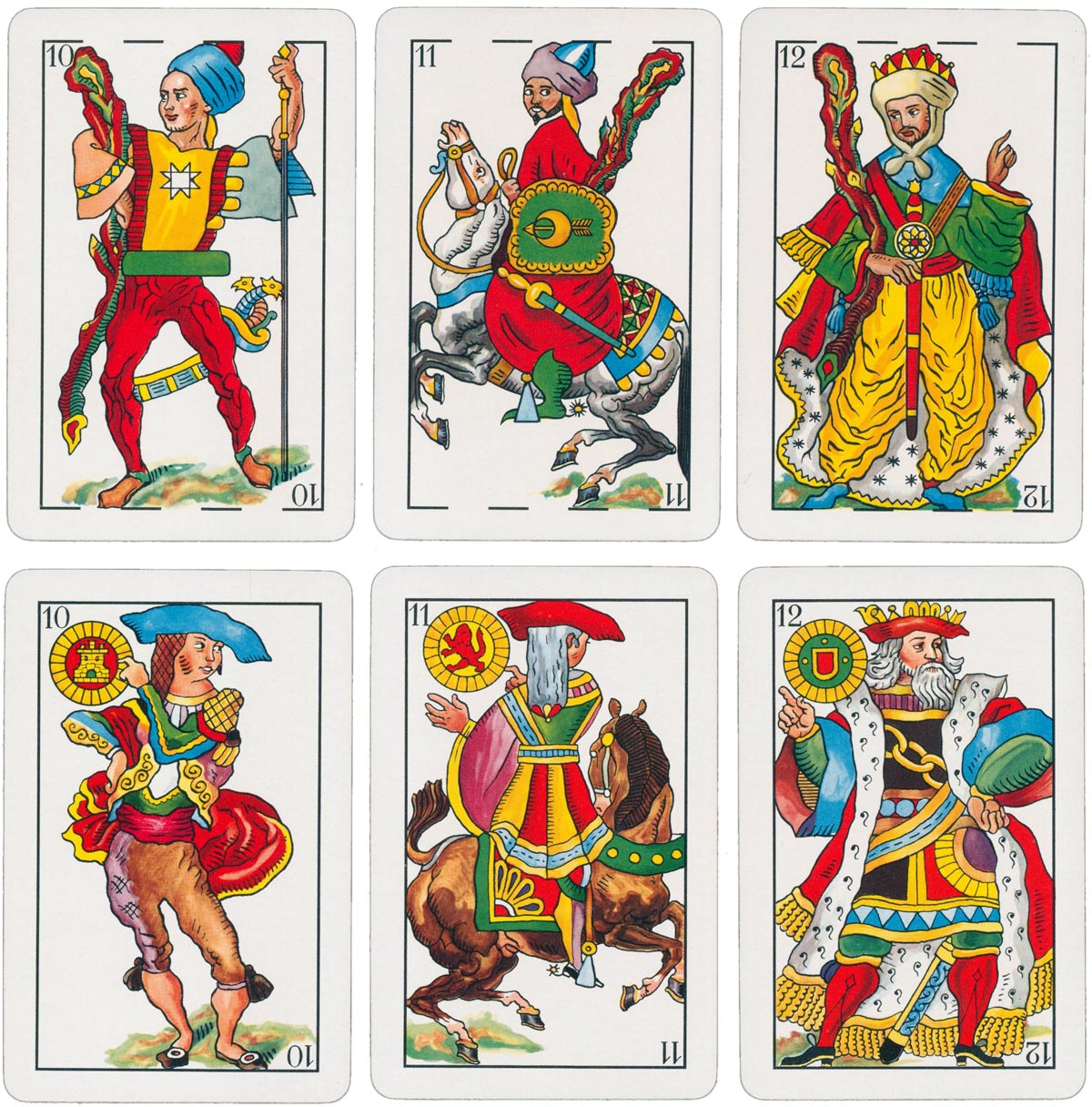 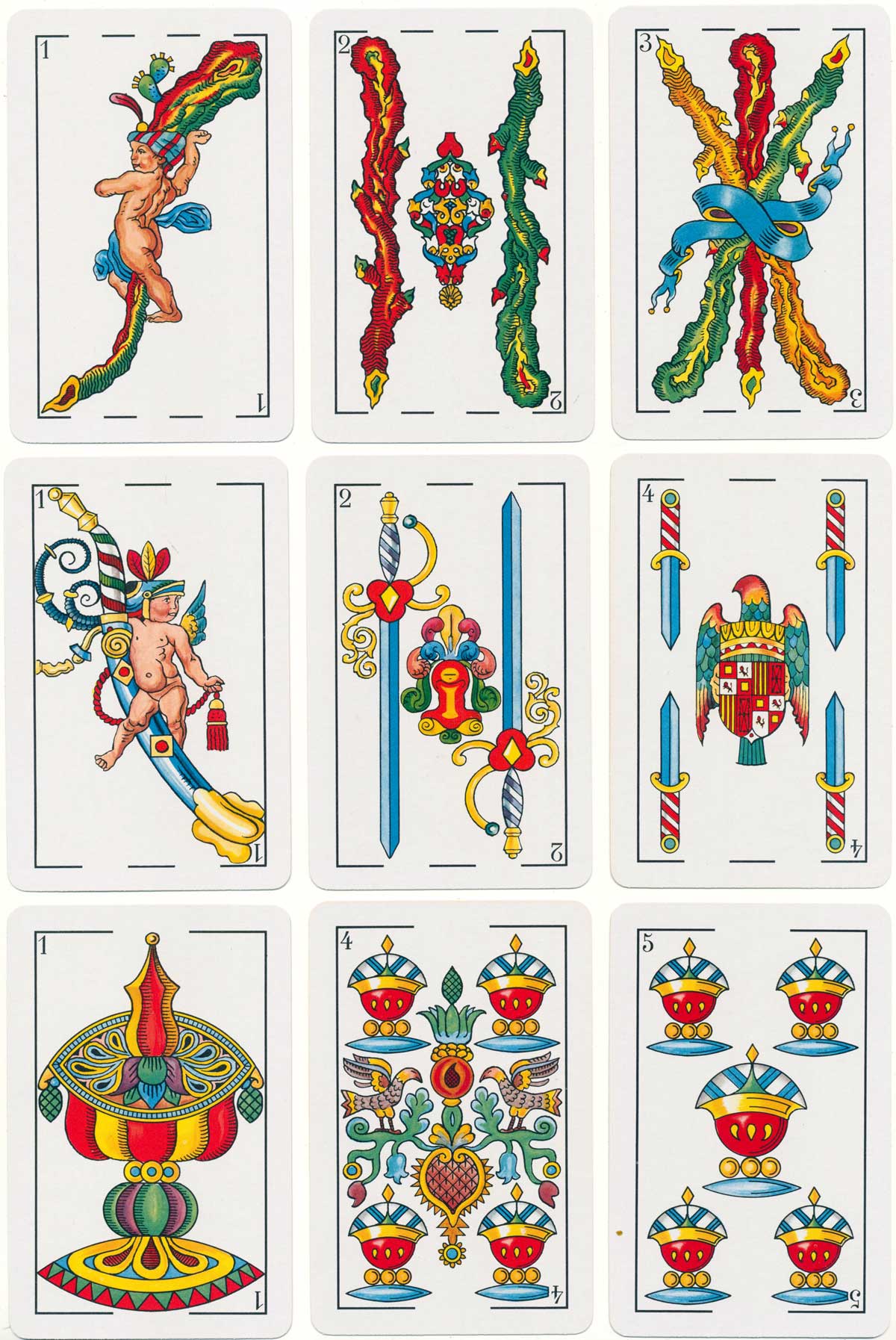 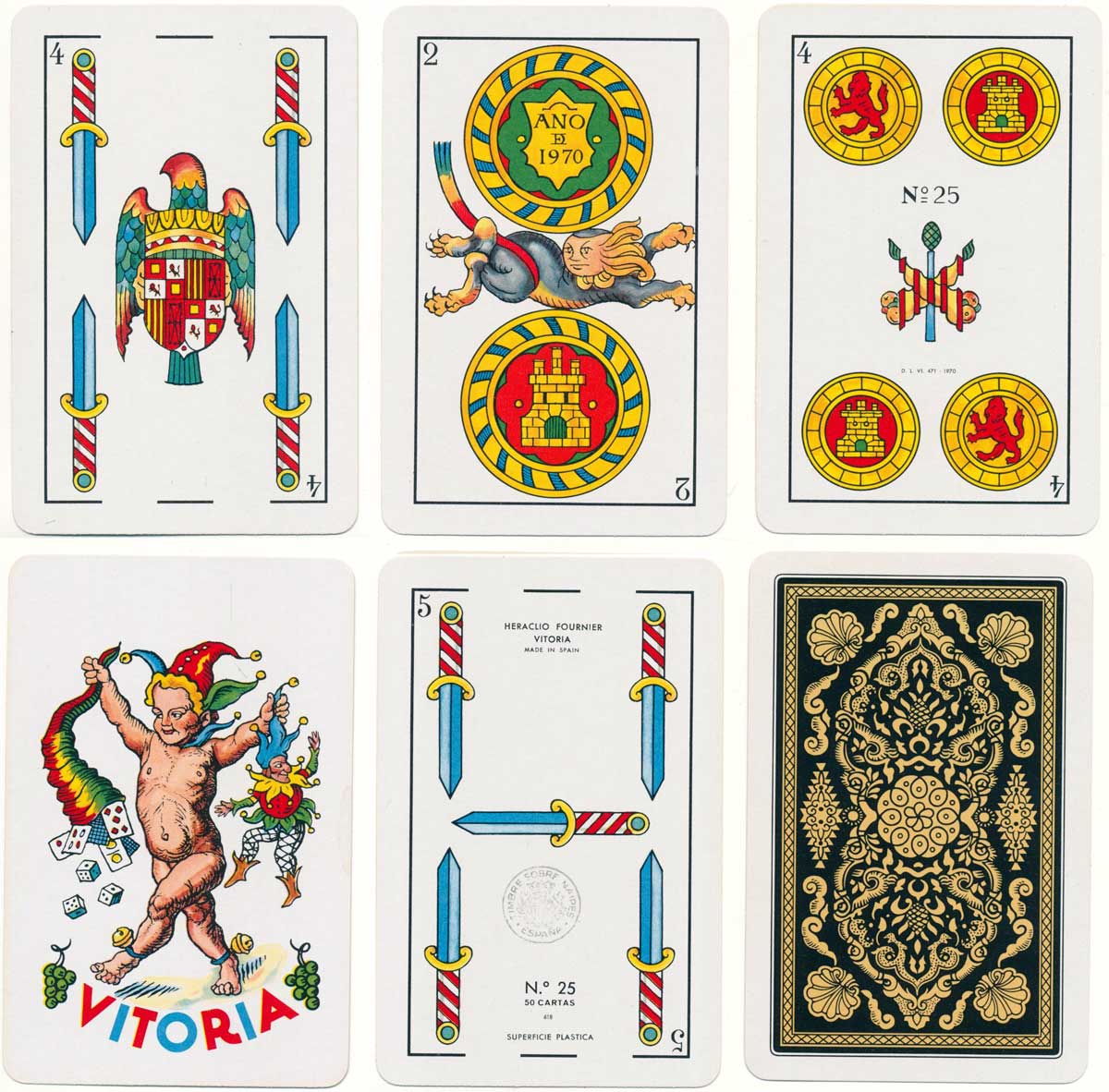 Above: reprint of Fournier’s “Naipe Nacional”, designed by Luis Alemany, which was first published by Hijos de Heraclio Fournier in 1938. The date of this edition appears on the two of coins. Images courtesy Matt Probert & Ib Hilmar Hedegaard.