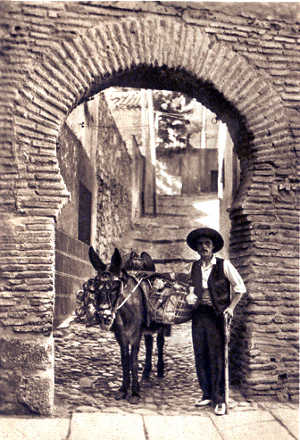 "Monumentos de España" souvenir playing cards manufactured by Heraclio Fournier, S.A., Vitoria (Spain), c.1955. The monochrome photographs on each card are tinted a different colour for each suit. As the title suggests, the pack is a celebration of Spanish architecture, including Roman amphitheatres, Arabic archways, Romanesque and Gothic cathedrals, palaces and castles... each of which were an important influence in the development of Spain's unique art and cultural heritage. As the accompanying booklet says, referring to the Moorish archway (shown right): “As a gateway to this pack of cards representing a most varied number of Spanish Monuments we present here the simplest but the most evoking element of the Spanish Architecture.”

The cards have English suit symbols and indices but the caption beneath each photo is printed in Spanish.

Right: detail from the title card showing a Moorish archway → 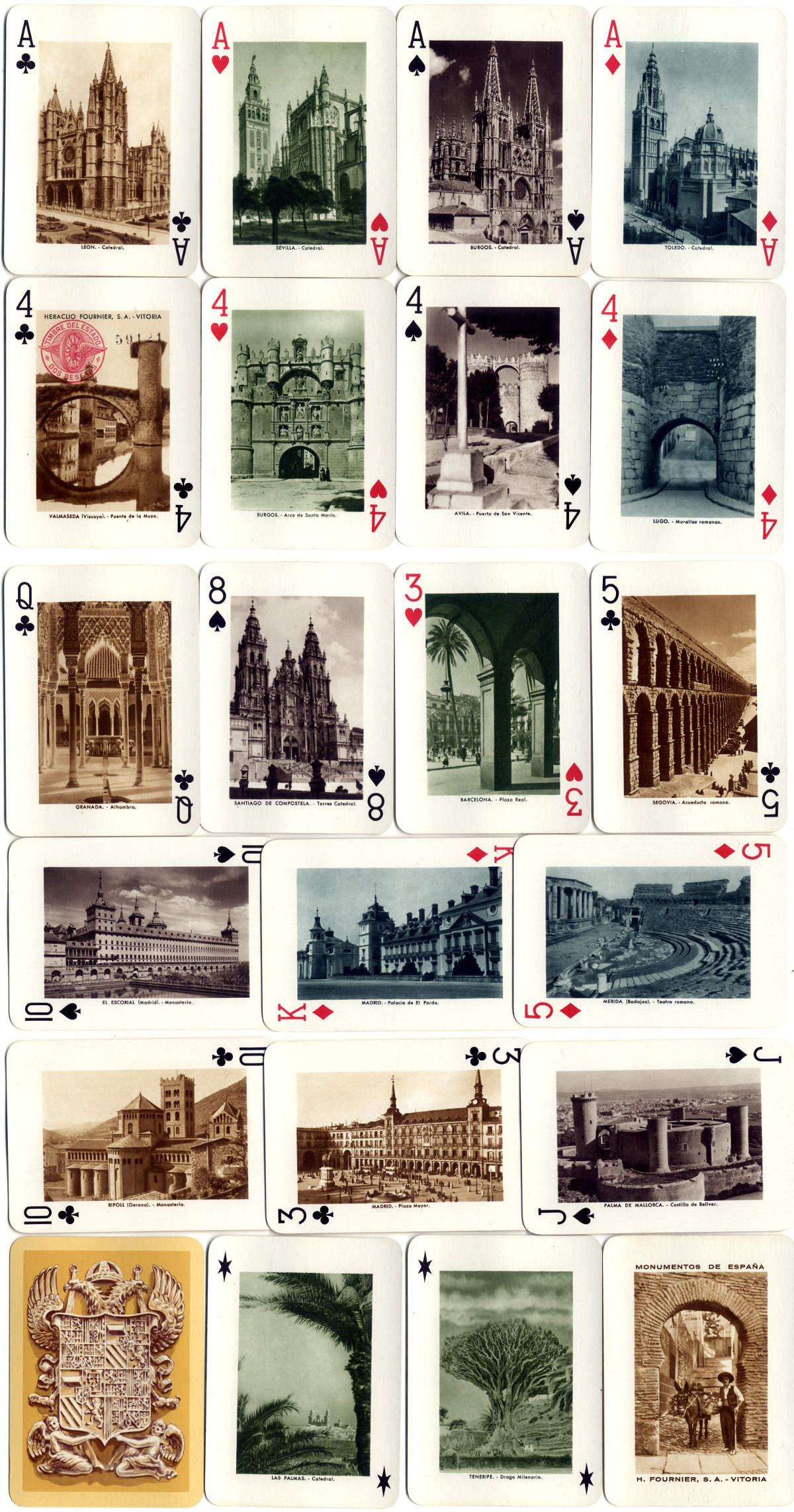 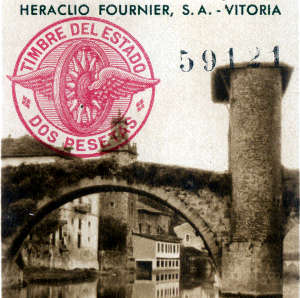 Above: "Monumentos de España" souvenir playing cards manufactured by Heraclio Fournier, S.A., Vitoria (Spain). This is the second edition published c.1955. 52 cards + 2 Jokers + extra title card in hard box with explanatory booklet (in Spanish & English) written by J. Manuel Pita Andrade of the University of Madrid; plastic coated cards, gold corners; 62x88mm. The reverse shows a stone-carved arms of the Catholic Monarchs taken from a doorway in Granada Cathedral. In some versions of this pack the inscription 'Made in Spain' appears at the top of the Ace of Spades.

Right: the red 2 pesetas tax stamp on the Four of Clubs. The manufacturer's name and also a production control number are printed on the card →