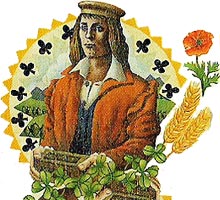 The Fortune Teller’s Deck was published in 1995 in conjunction with a book written by Jane Lyle as a boxed set. The beautifully crafted cards designed by Neil Breeden incorporate symbolism on the Aces and Court Cards based on traditional interpretations used by cartomancers. The entire deck was originally painted on wood, which enhances the period feel, and the texture of which has been captured in the printed pack. The third dimension has been simulated with wooden frames and shadows. The cards have been so designed that one can tell if they fall upright or reversed. The key is the corner index: when the suit pip is solid, the card is upright; when it is just an outline, it is reversed. 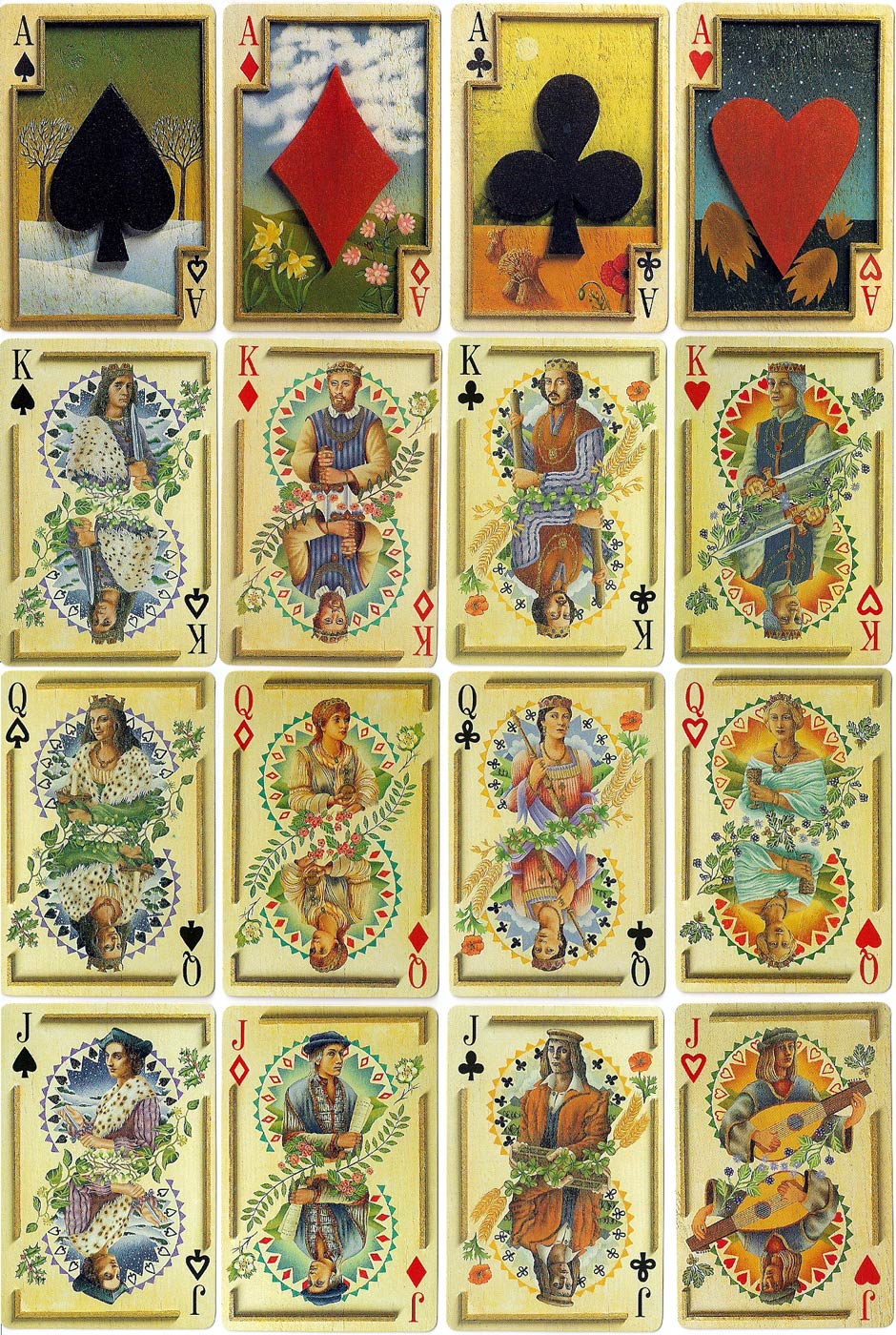 Above: The Fortune Teller’s Deck is a 54-card deck including two jokers. The accompanying 160 page book written by Jane Lyle gives an absolutely marvelous and complete understanding of the use of the deck, or any ordinary playing cards, for fortune telling purposes. The book also offers a short introduction to the history of cards and cartomancy. The publisher of the book and cards is St. Martin's Press, New York but the printing was done in China. Sets can readily be found online. Images © Neil Breeden 1995, scans courtesy Rod Starling.