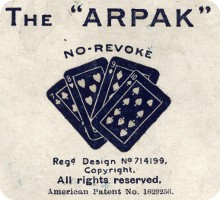 All cards are on a black background which makes them look rather striking. The suit symbols and pips are coloured, intended to help reduce eye strain for people who find it difficult to distinguish the suit signs: spades-yellow, diamonds-white, clubs-green and hearts-red. Packs have 52 cards + 1 joker. Several different formal back designs are known, in red or blue and white, and some decks have gold edges. There are two different sizes of indices and widths of outer borders. Arpak ‘No-revoke’ decks are also known with advertisements on the reverse. 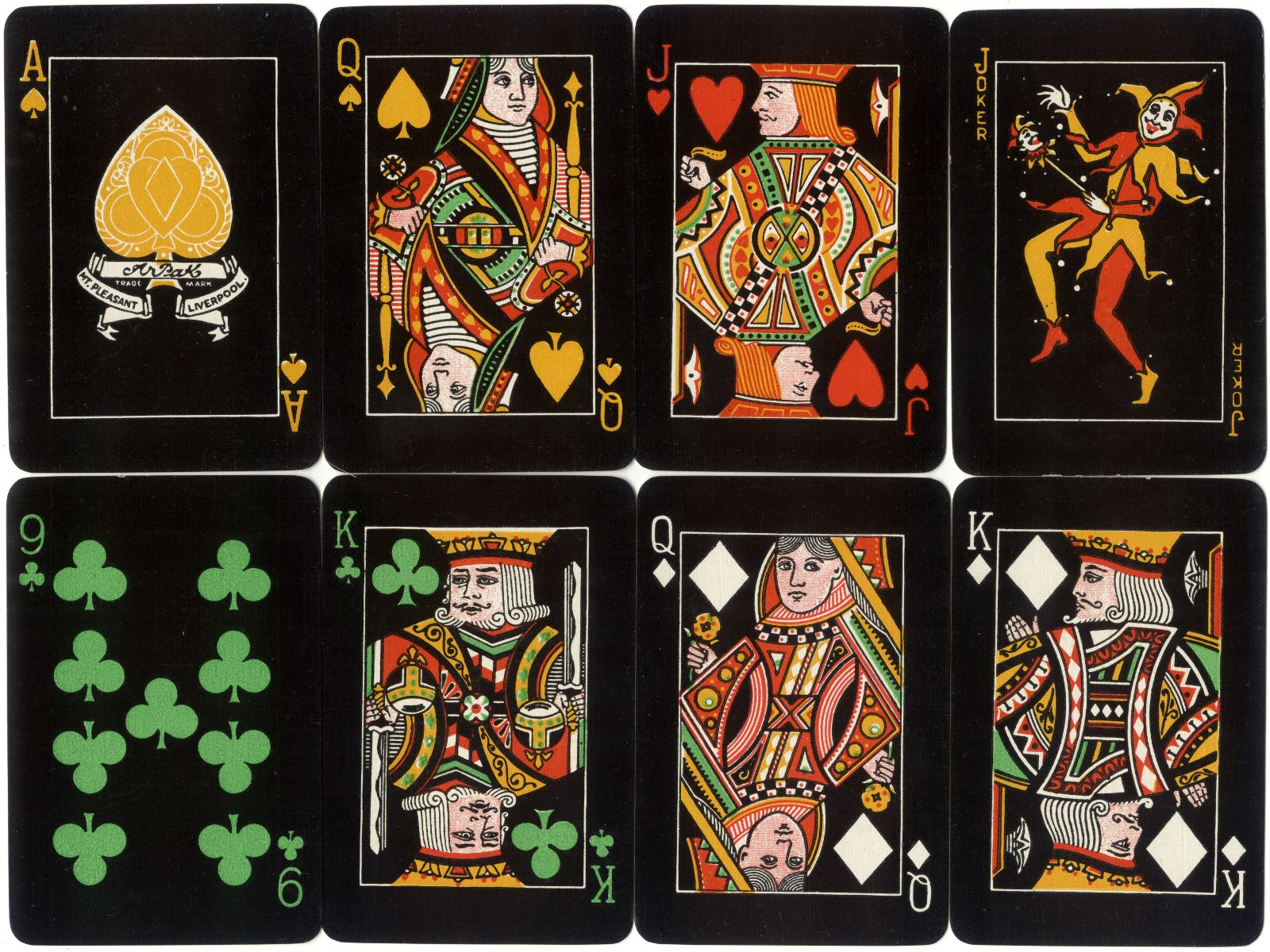 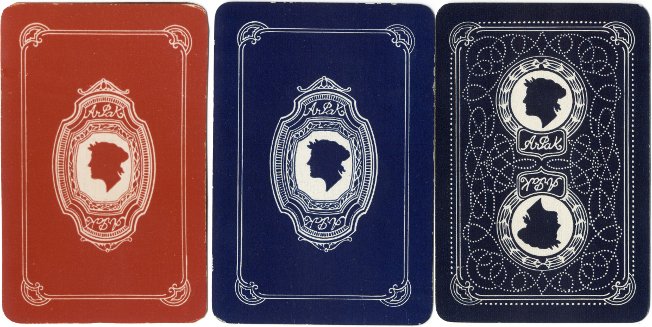 Above & Left: Arpak No-Revoke playing cards, c.1930, showing both sizes of indices, the Joker and some common back designs.

Different coloured suit symbols had been patented in USA on Nov 23, 1926, by Antoine Lefebure of San Francisco, with the assertion that “even experienced players confuse clubs and spades; hearts and diamonds”  see more →