Five Suit Bridge was invented in Vienna in 1937 by Walter W. Marseille and Dr. Paul Stern. At a time when cricket, chess and bridge were popular social games, special 66-card decks went on sale in the UK manufactured by De la Rue and Waddington’s with the fifth suit as crowns (called “Royals”). However, because the game was complex it proved to be unpopular, they were withdrawn in 1939 and have been forgotten. American versions made the fifth suit eagles, coloured green► 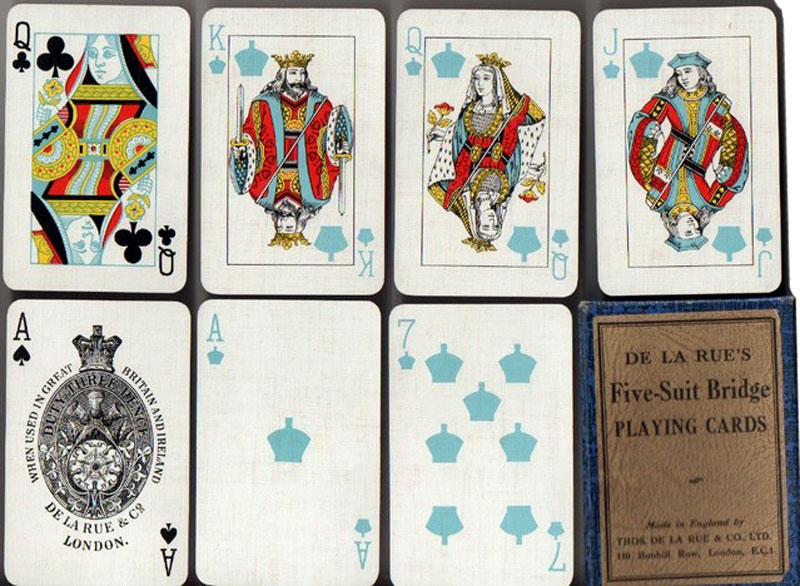 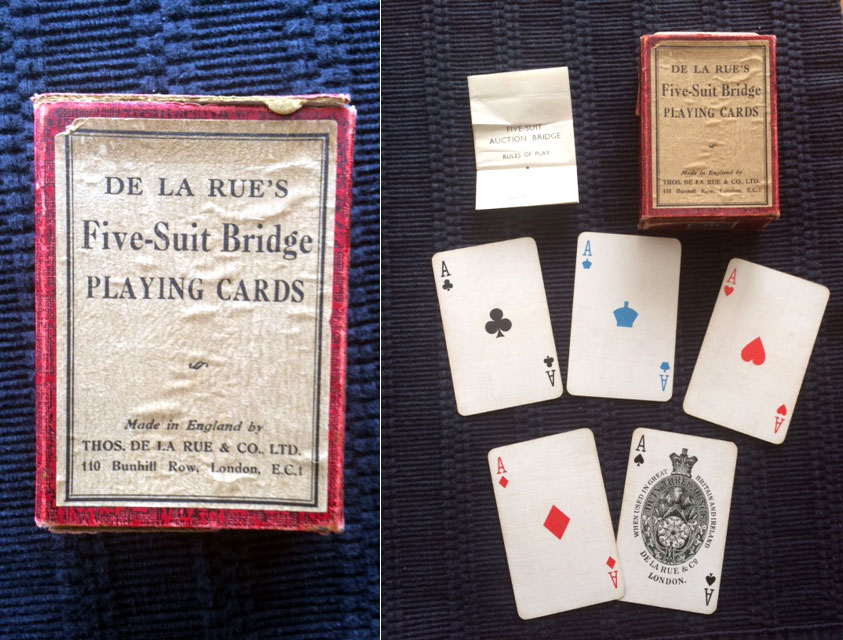 Above: different editions of Waddington’s Five Suit Bridge showing alternative standard designs for the fifth suit of crowns, with indices, suit symbols and parts of the clothing coloured green, c.1938. Examples are also known of sets of Crowns suit cards wrapped separately, presumably as add-ons to a normal pack. 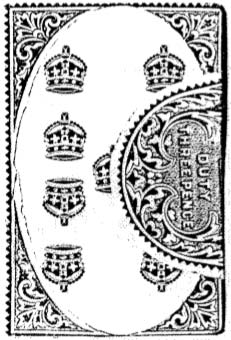