London 2012 Olympic Legends was a deck of cards produced as part of a series of 'Official Products of London 2012' by Winning Moves under license from LOCOG. The deck features 52 different photos of 'Olympic Legends' in various disciplines through the ages, including such names as Mark Spitz, Muhammad Ali, Steve Redgrave, Jesse Owens, Olga Korbut, Nadia Comaneci, Michael Johnson, Daley Thompson etc. The irregular quadrilateral shapes of the images adds a sense of athletic energy and dynamism. 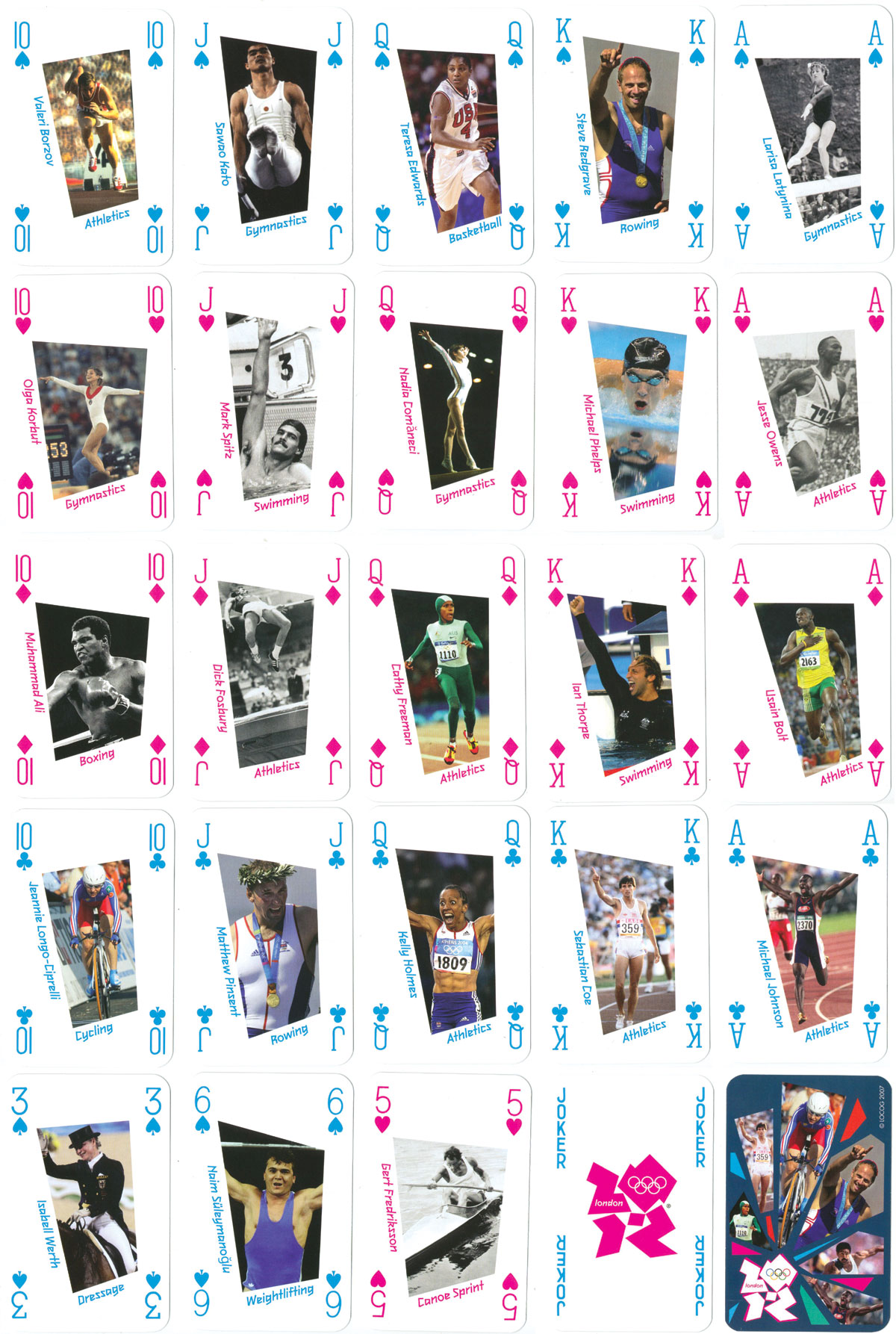 Above: "Olympic Legends" playing cards with photos of Olympic personalities, commemorating the Olympic Games 2012, London, published by Winning Moves under license from LOCOG.

Three complimentary sets were being produced by Winning Moves in the UK. Besides "Olympic Legends" were "London 2012 Sports" with abstract bi-colour drawings of sports featured at the event and "London Landmarks" with abstract bi-colour drawings depicting landmarks of London. The three packs were sold separately and as a three-pack boxed "London 2012 Playing Cards Gift Set". 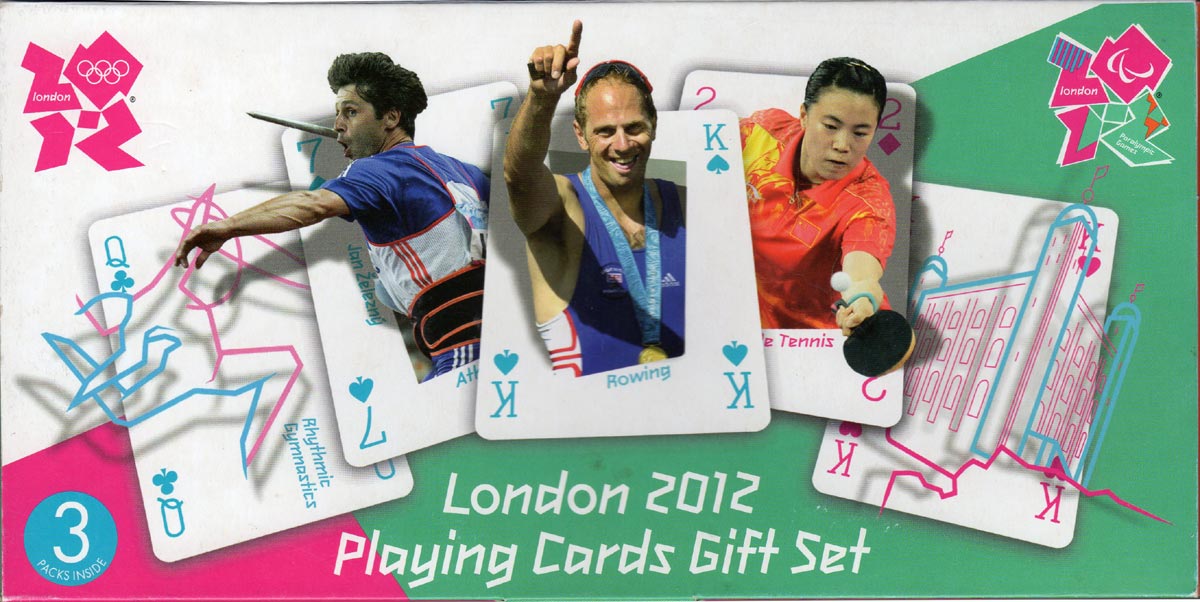