In this classic children's game first published by Castell Brothers Ltd (Pepys Games) in the late 1950s the ‘Old Maids’ are depicted as gentle and loveable owls (maybe spinsters too!). Woodland Old Maid is a game for two or more players in which the object is to discard matching pairs and not end up holding the single ‘Old Maid’ card.

“Old Maid” card games were also re-titled in other countries as Black Peter (Schwarzer Peter) in Germany, Zwarte Piet (Netherlands), Svarte Petter (Sweden) and Pekka-Peli (Finland). The main focus of the game is towards the last card, which might be a black cat, an Old Maid, black-faced chimney sweep or black grotesque character. 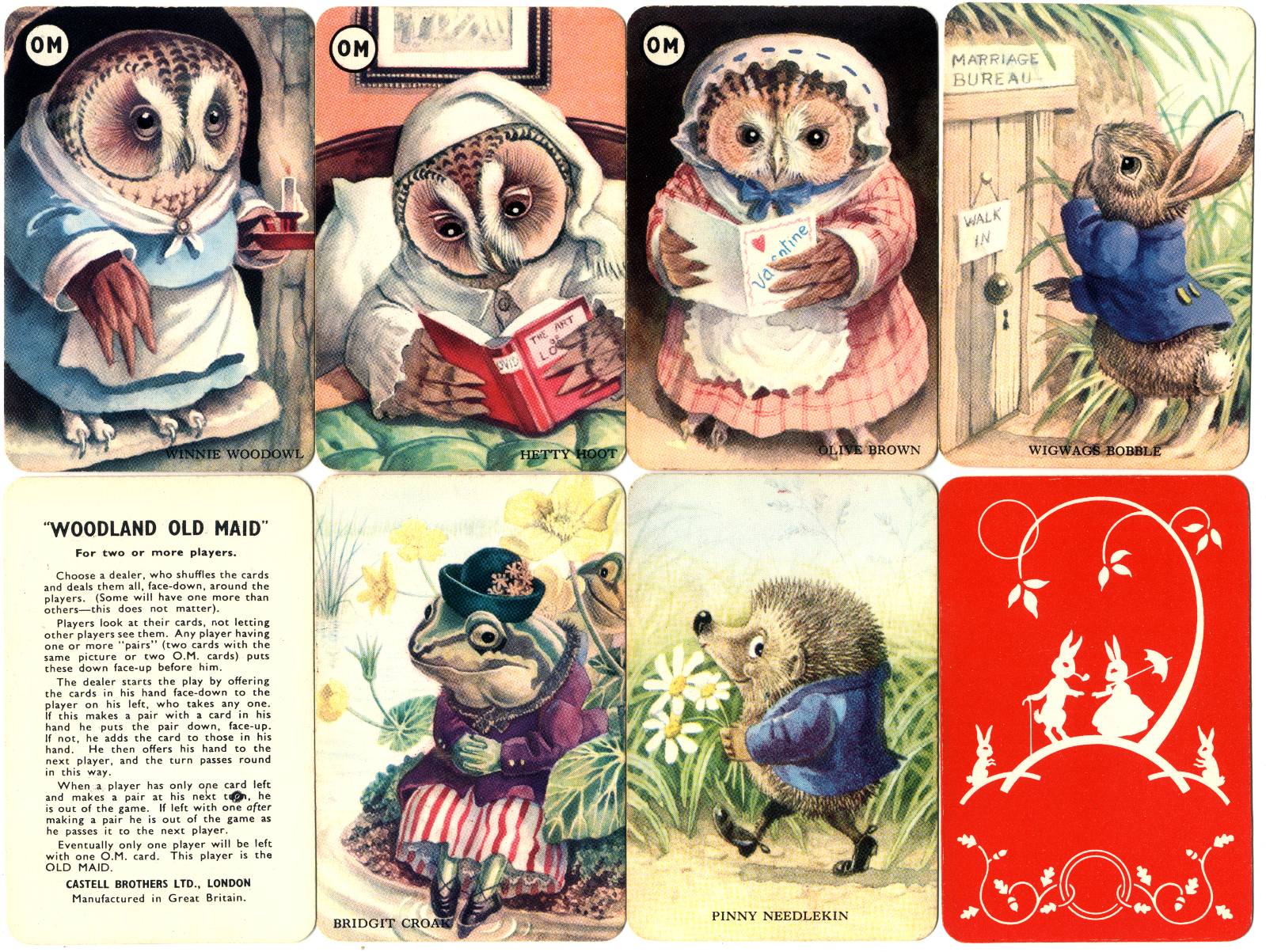 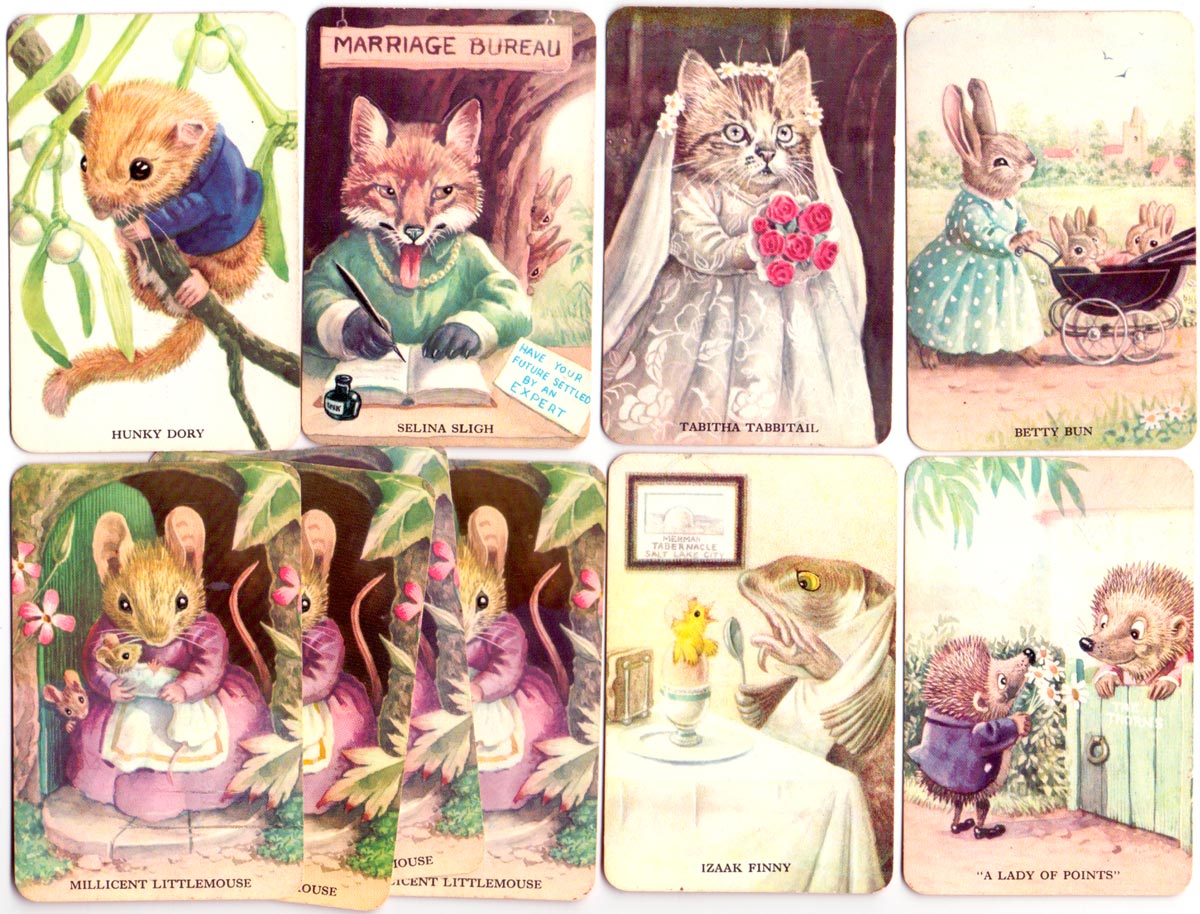