Woodland Snap is played with a pack of 44 cards, consisting of 11 sets of four cards each. The cards are illustrated with “Woodland” characters by Racey Helps (1913-70) the famous children's author and artist, and include mice, frogs, rabbits, squirrels, a fox, a mole, a sparrow and a hedgehog. When a card is played which is similar to one already exposed, the first player to call “SNAP” collects all the cards and so on until one player succeeds in winning the entire pack. The rules booklet explains some finer points of the etiquette during play and also includes alternative rules for more advanced versions of the game.  Meet the woodland folk... 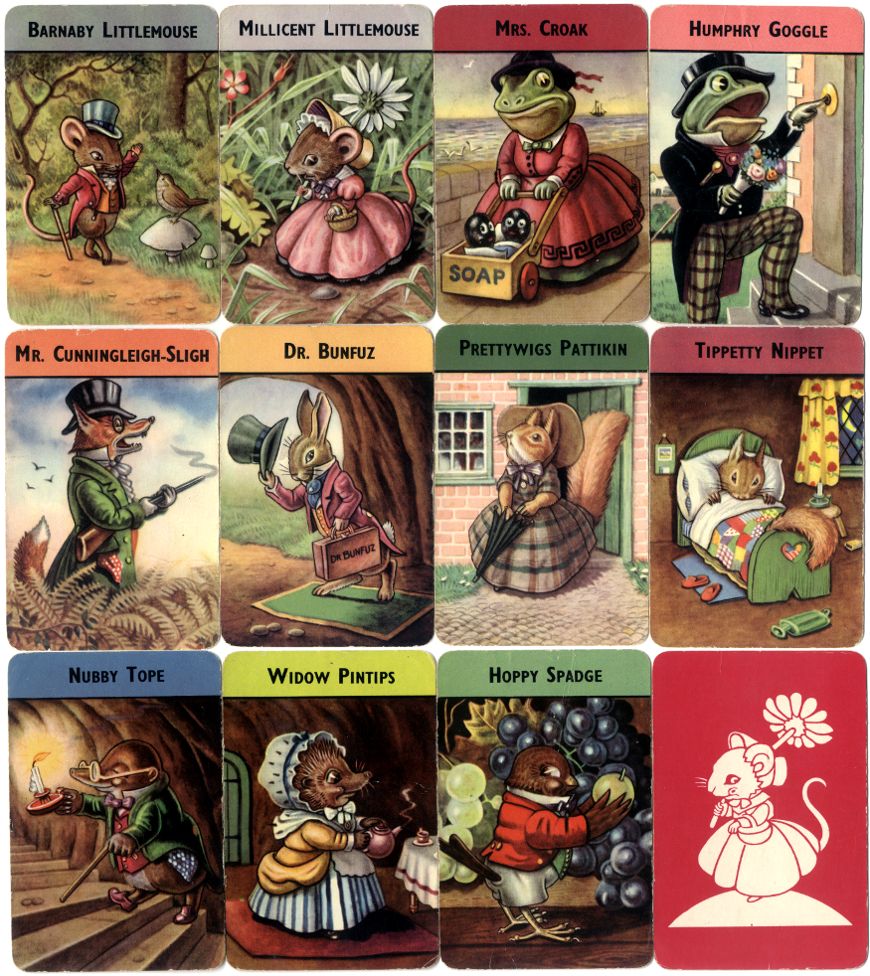 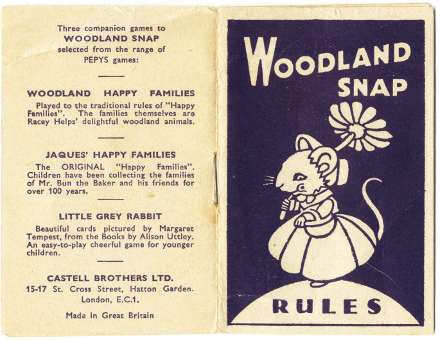