“The Deck of Cards” collaborative deck commissioned by the JPL Gallery of London, published by Andrew Jones Art, 1979. Not necessarily easy to play with, but according to the Royal Academy of Arts:

“In 1976 the JPL Gallery in London asked fifty four British artists to create their version of a playing card. Each artist was given the task to create a specific card from the pack; plus an artist to create the reverse pattern for the entire deck and an artwork for the pack itself. When collector Andrew Jones saw the show he purchased the entire collection and approached artists with the request to create an actual pack of cards from their artworks. The cards were then then sold in a range of outlets including gallery shops such as the RA. Some of the best known British artists from the 20th century were involved with this project including many RAs.” 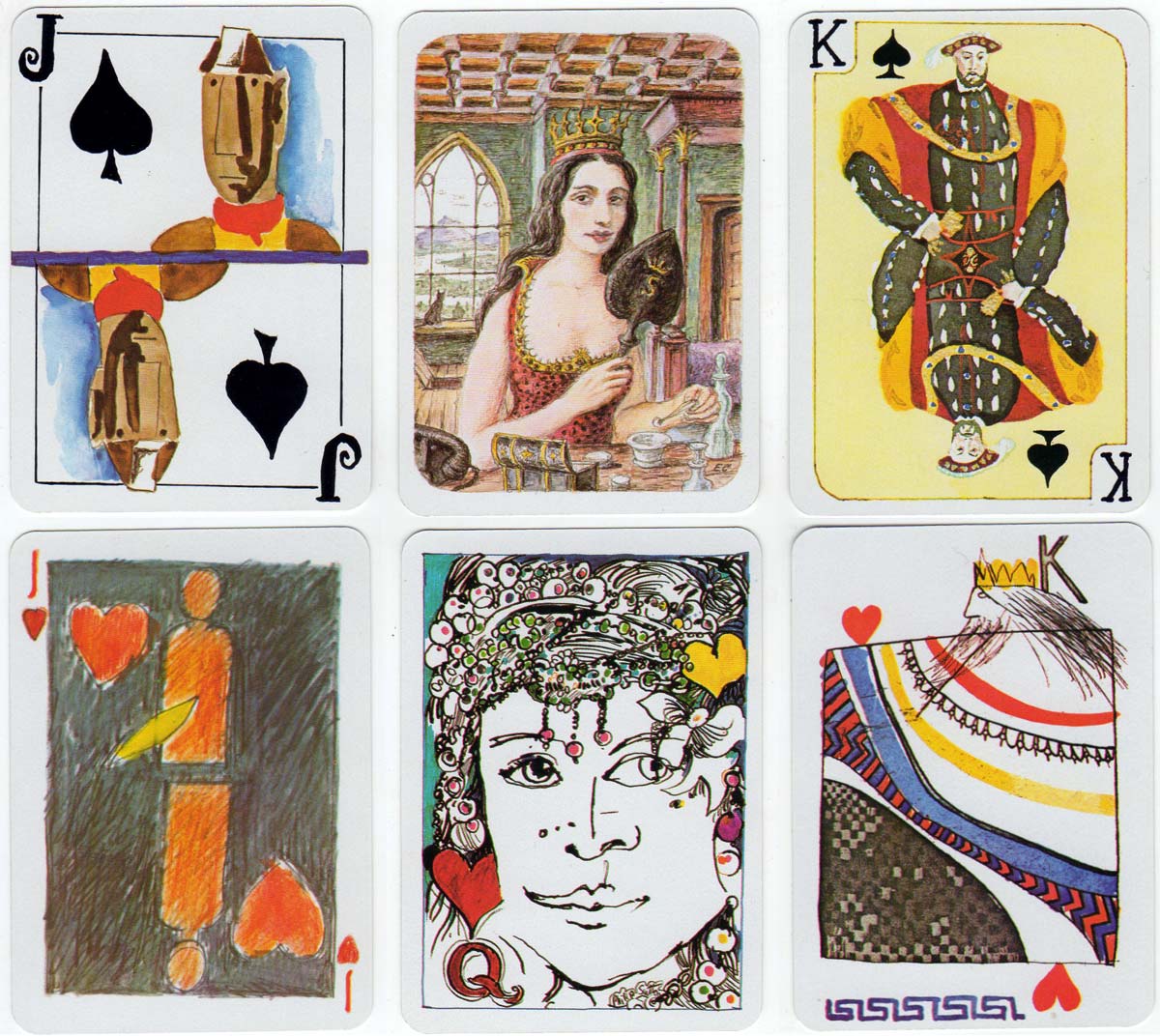 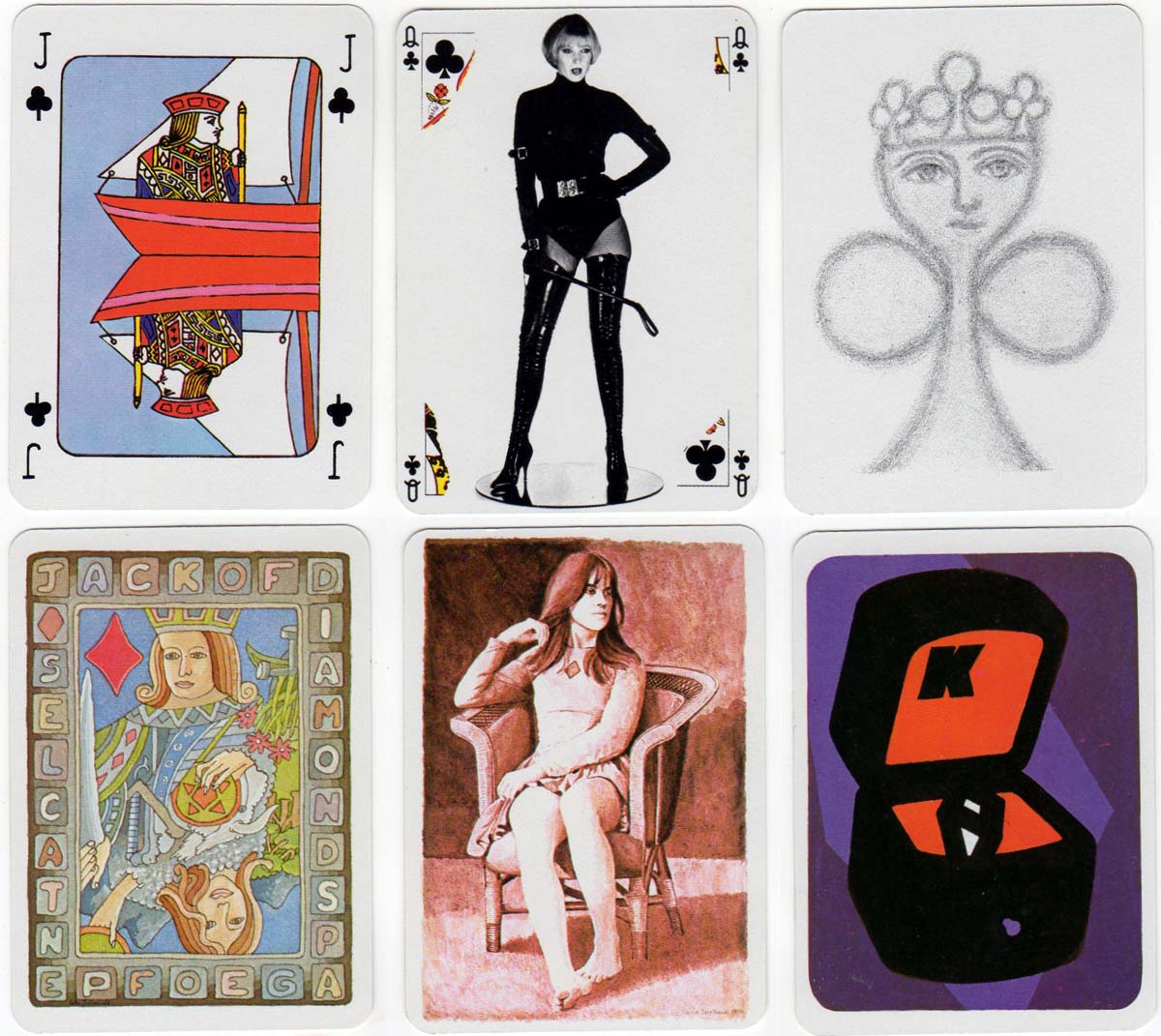 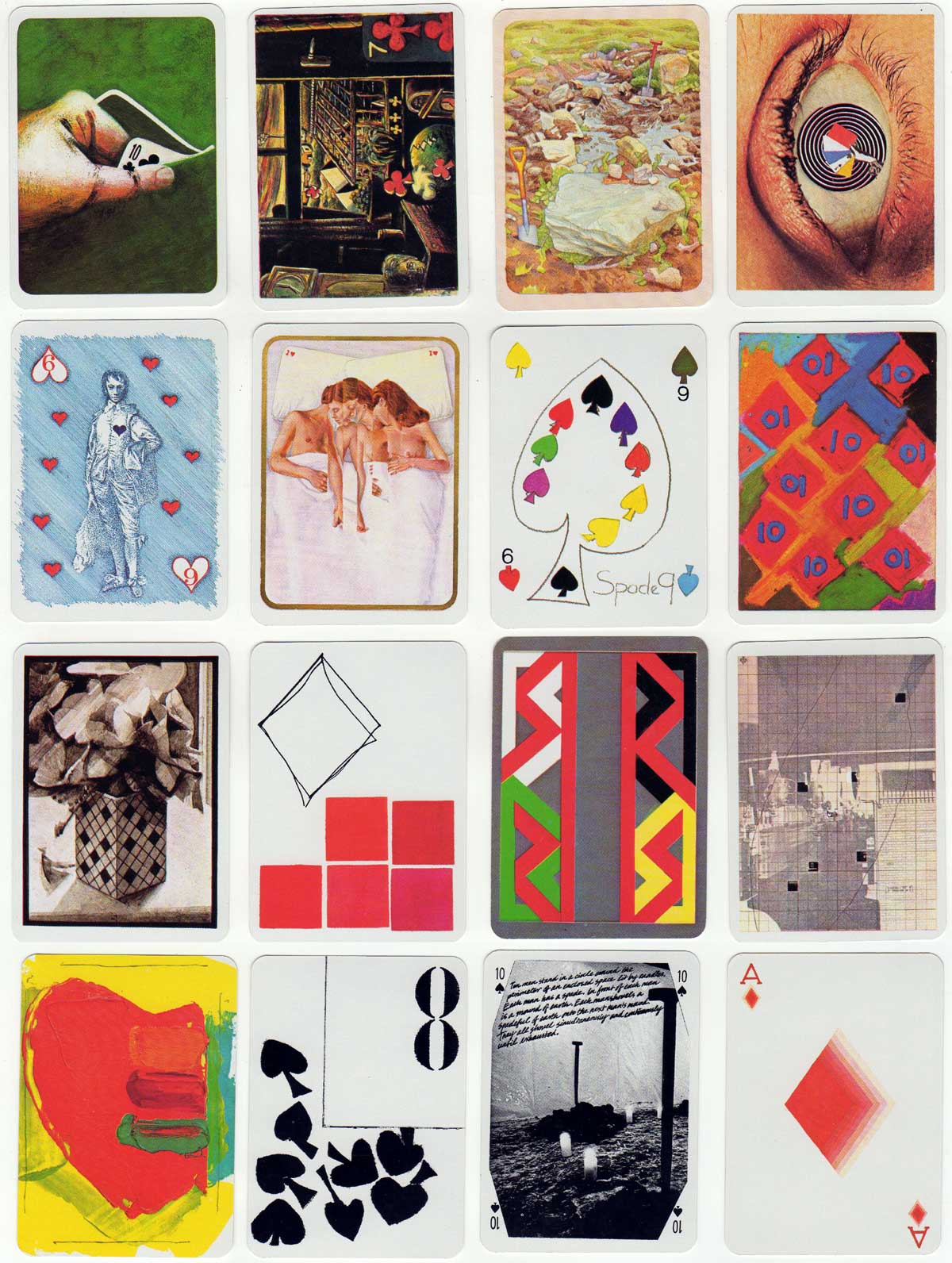 Above: The Deck of Cards collaborative deck published by Andrew Jones Art, printed by Carta Mundi, 1979.