Stancraft Playing Cards were a subsidiary of Brown & Bigelow / Hoyle and design features or plastic coating patents were shared between several brands such as “Stardust”, “Kent” or “Nu-Vue”. In the late 1960s Brown & Bigelow was acquired by Standard Packaging Corporation, which was in turn acquired by Saxon Industries in 1970. This information of often printed on the ace of spades and helps with dating. 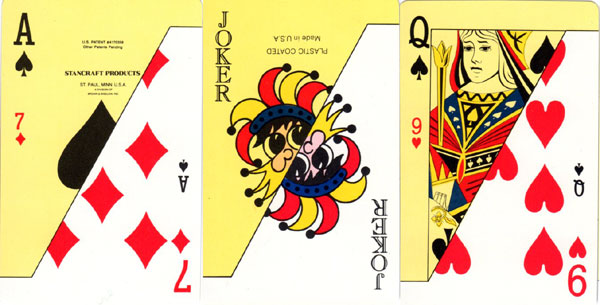 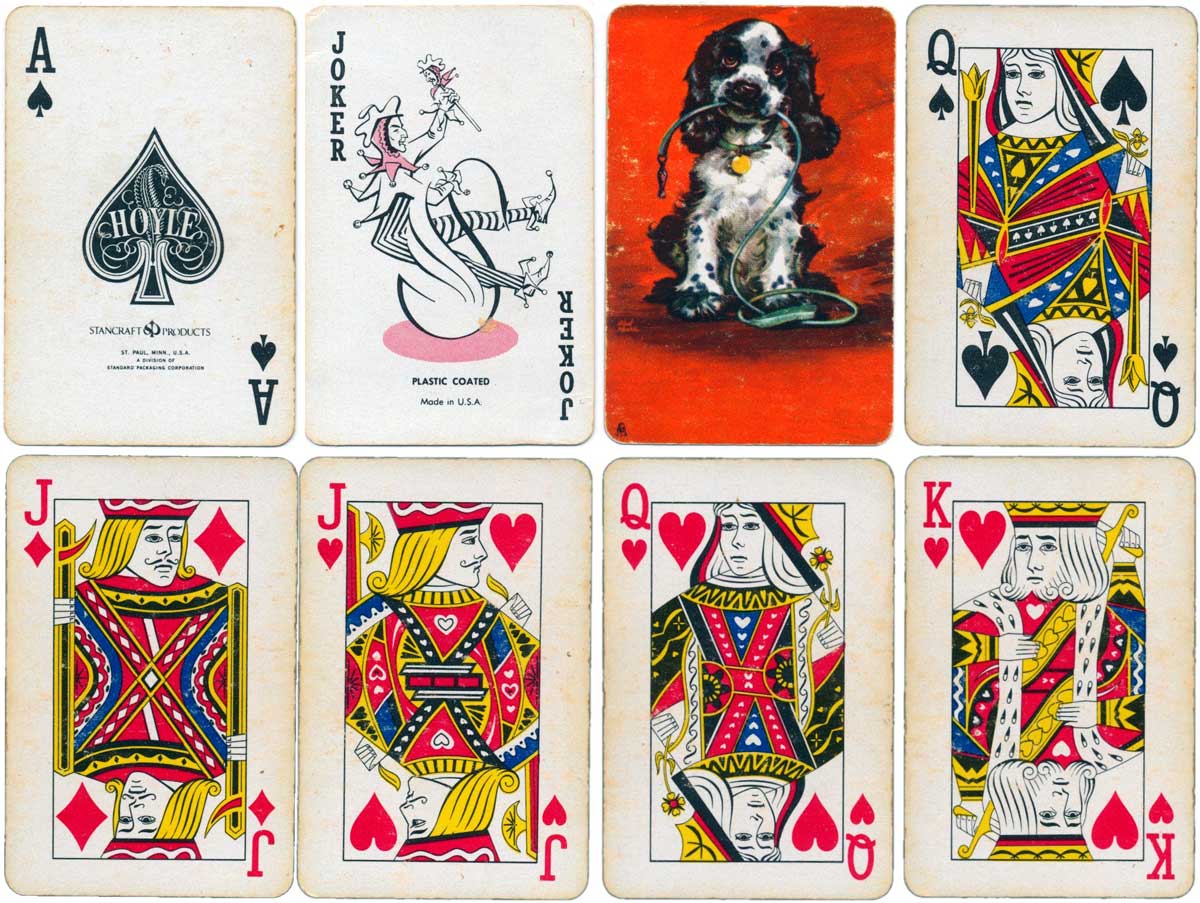 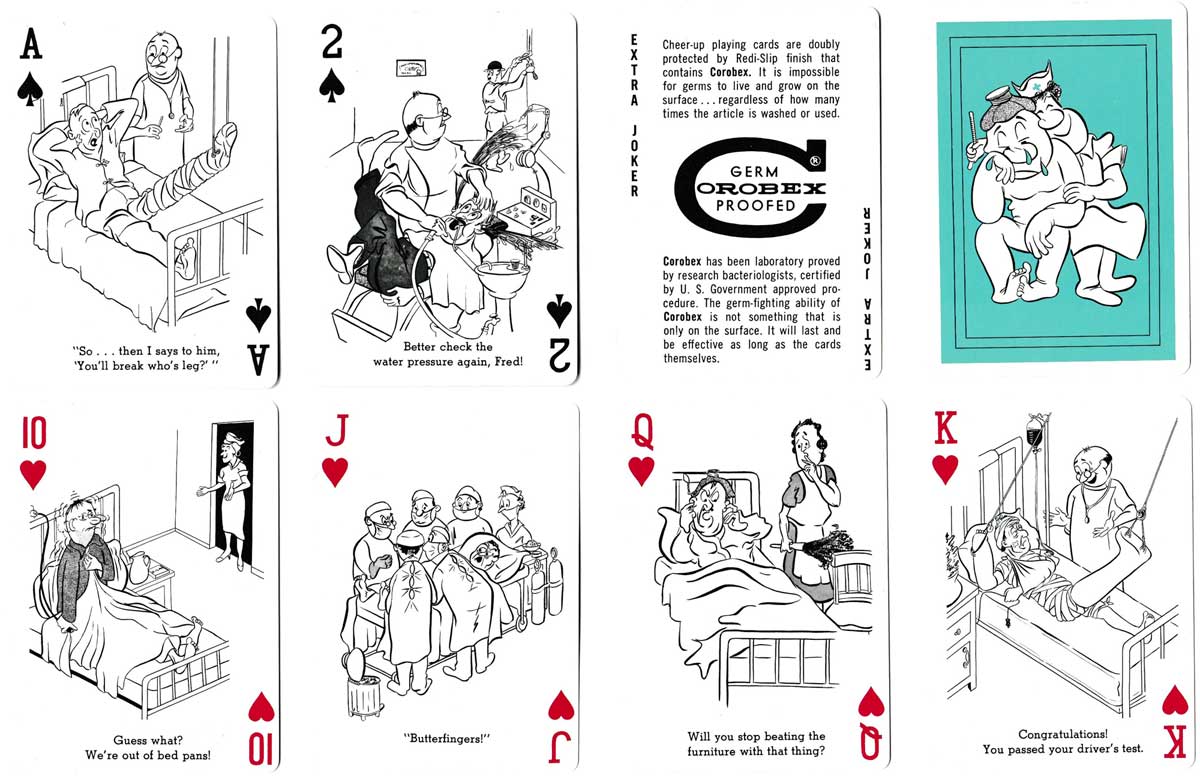 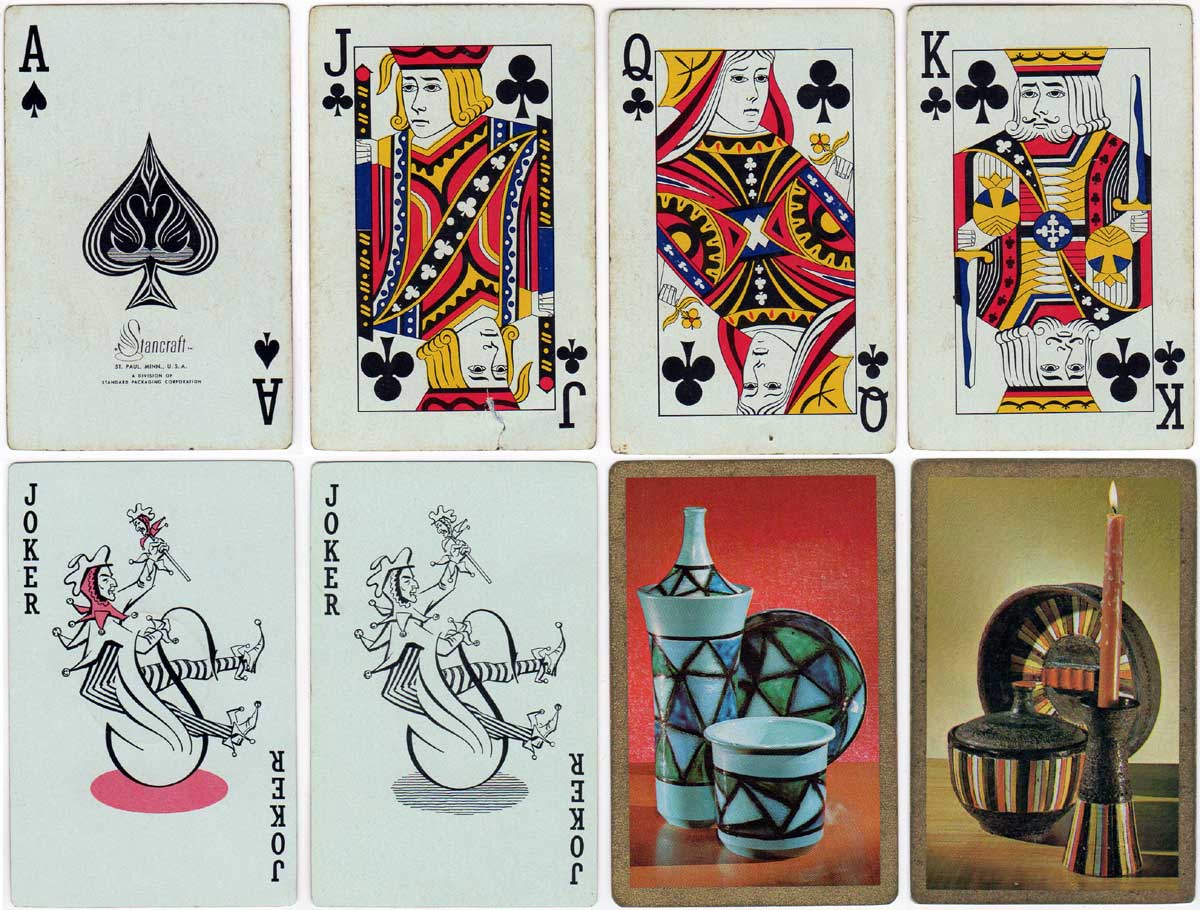 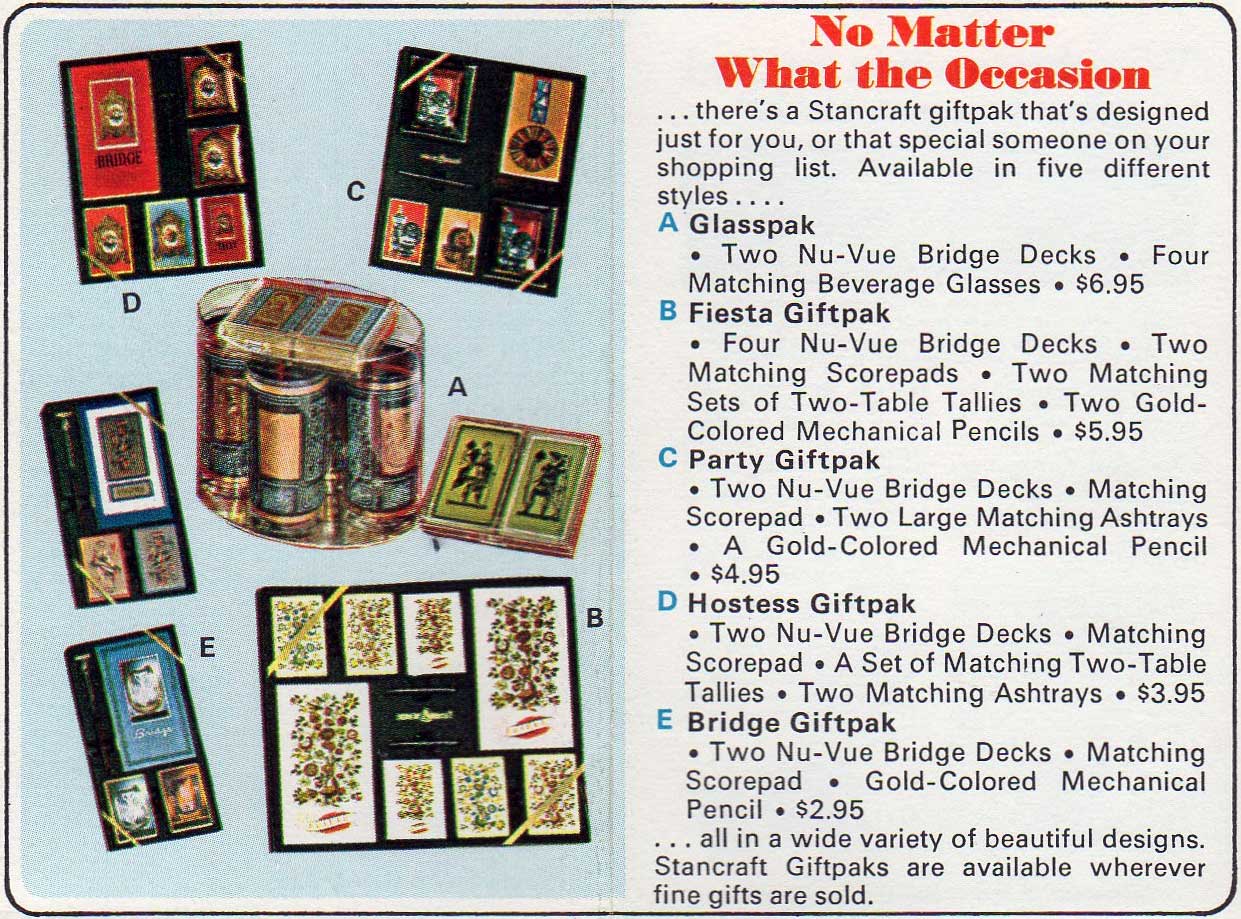 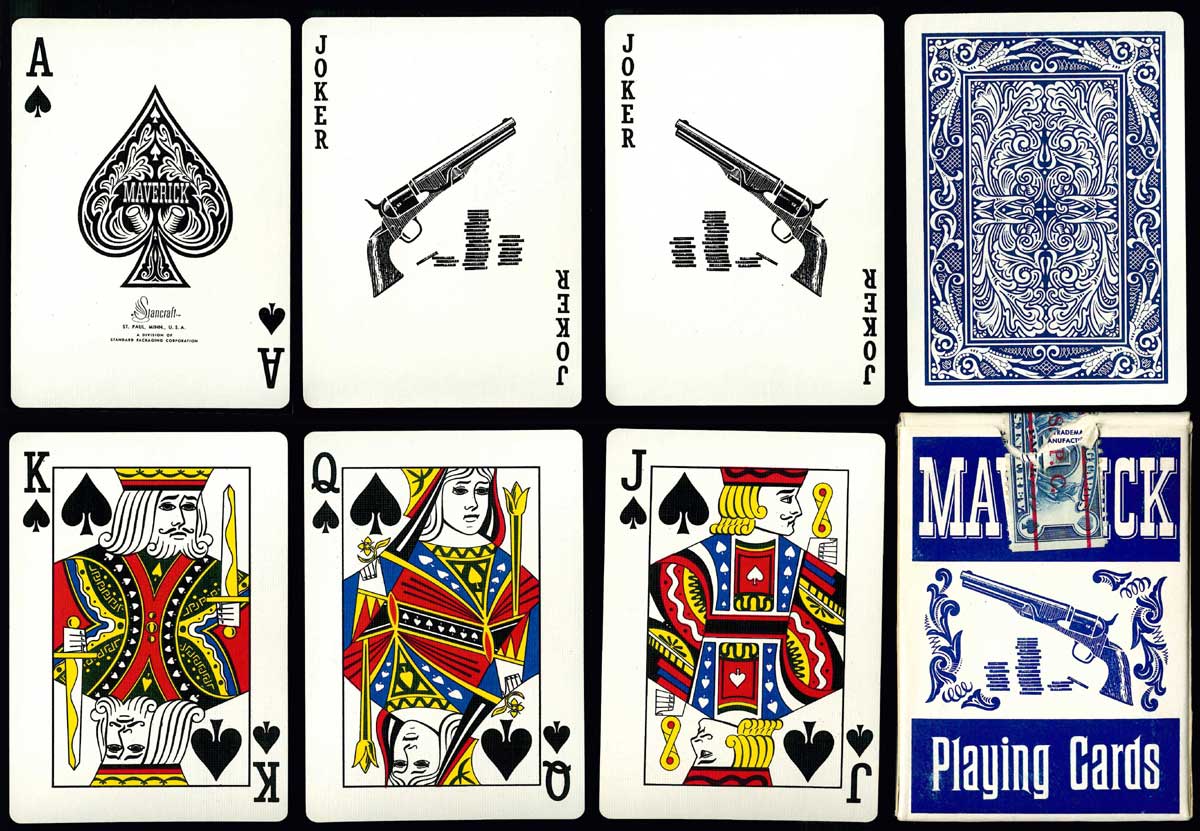 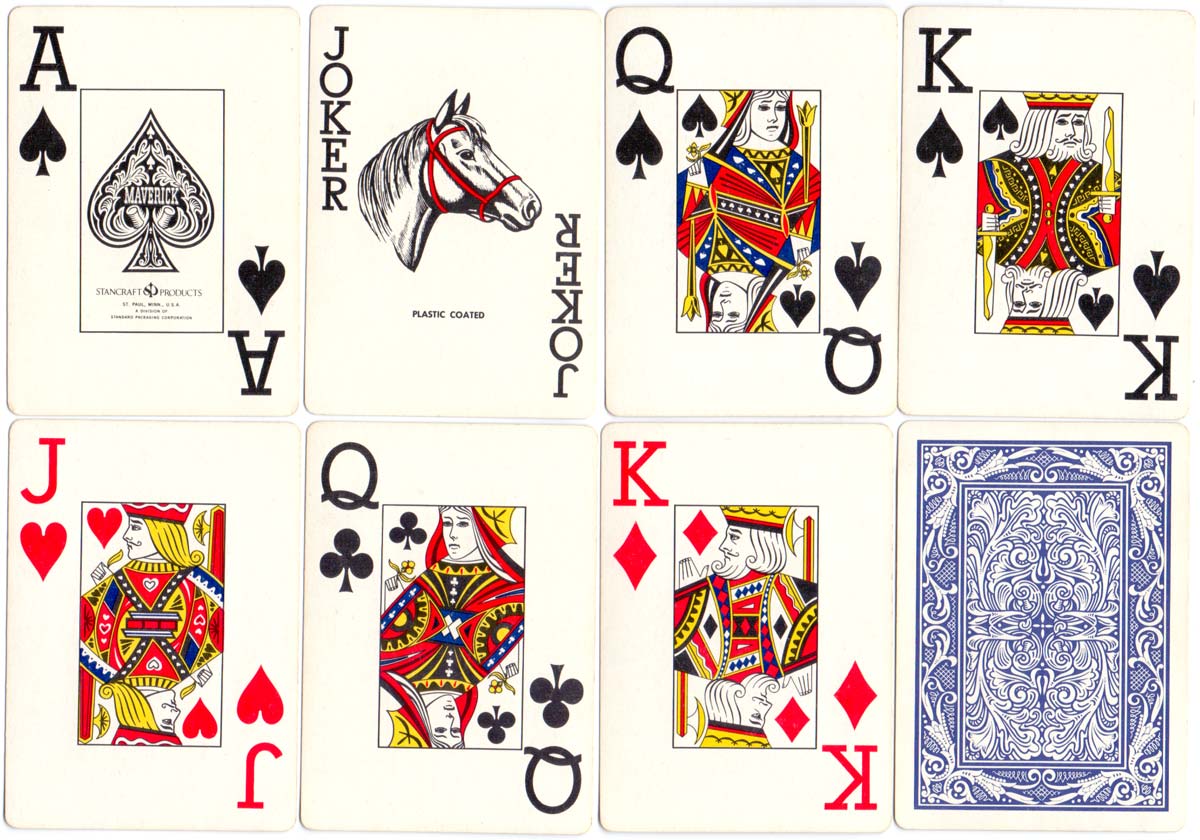 Above: double deck bridge set "By Hoyle", produced under the Kent brand by Stancraft Products "A Division of Standard Packaging Corp" according to the box, which also carries the prominent code number 3451. 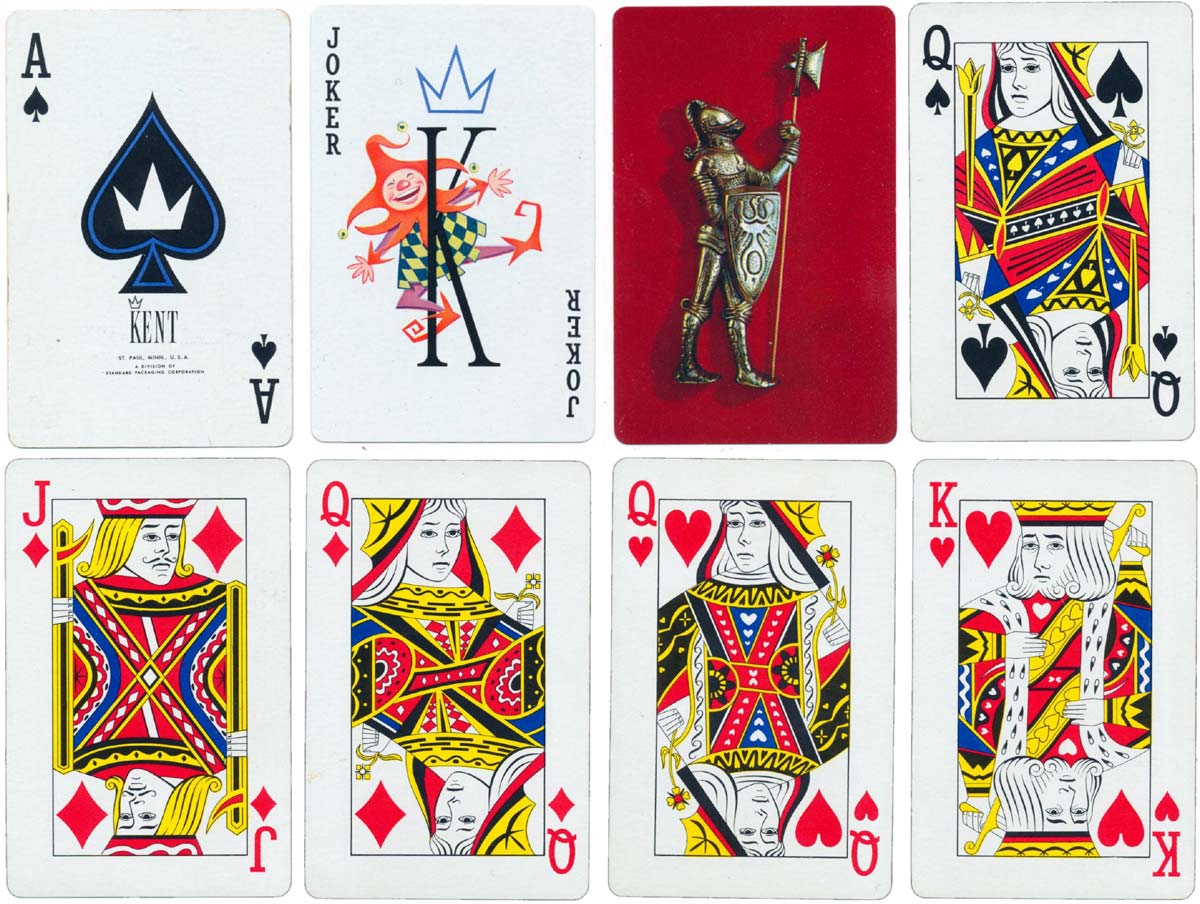