The Gibson Playing Card Co., Cincinnati and New York, started producing playing cards in c.1930. It was part of the Gibson Greeting Card Co., Cincinnati, whose history can be traced to 1850, when George Gibson and his family emigrated to the United States from Scotland, where Gibson had operated a lithographic and copperplate engraving business. However, the playing card division had a shorter lifespan and was eventually sold to the United States Playing Card Co. 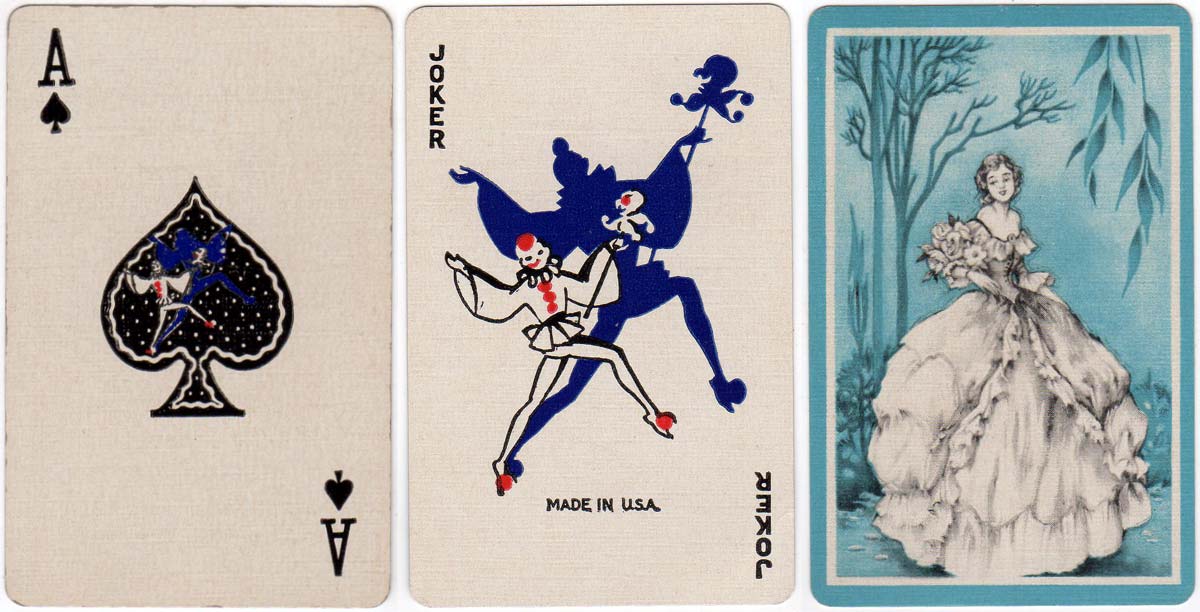 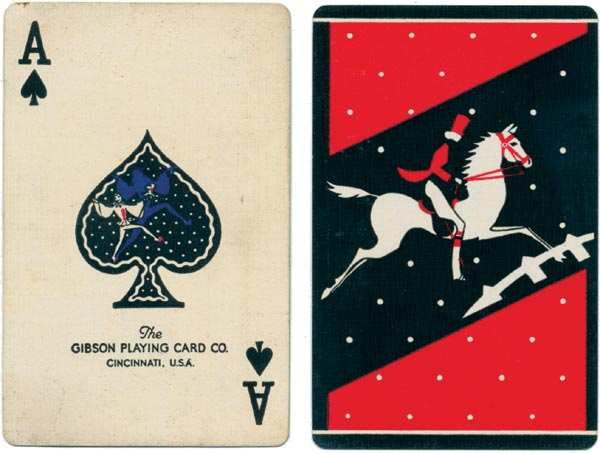 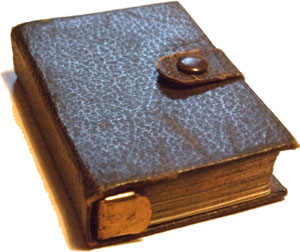