Kem washable plastic playing cards prove to be very durable and even early examples are usually in near perfect condition. Even though they are relatively more expensive than normal decks, their longer lifetime makes them less expensive on a per play basis. Kem playing cards are normally in the Anglo-American pattern (Jumbo index decks are also available) but the ‘Spanish’ version shown here is unusual. Kem was acquired by the United States Playing Card Company in 2004. 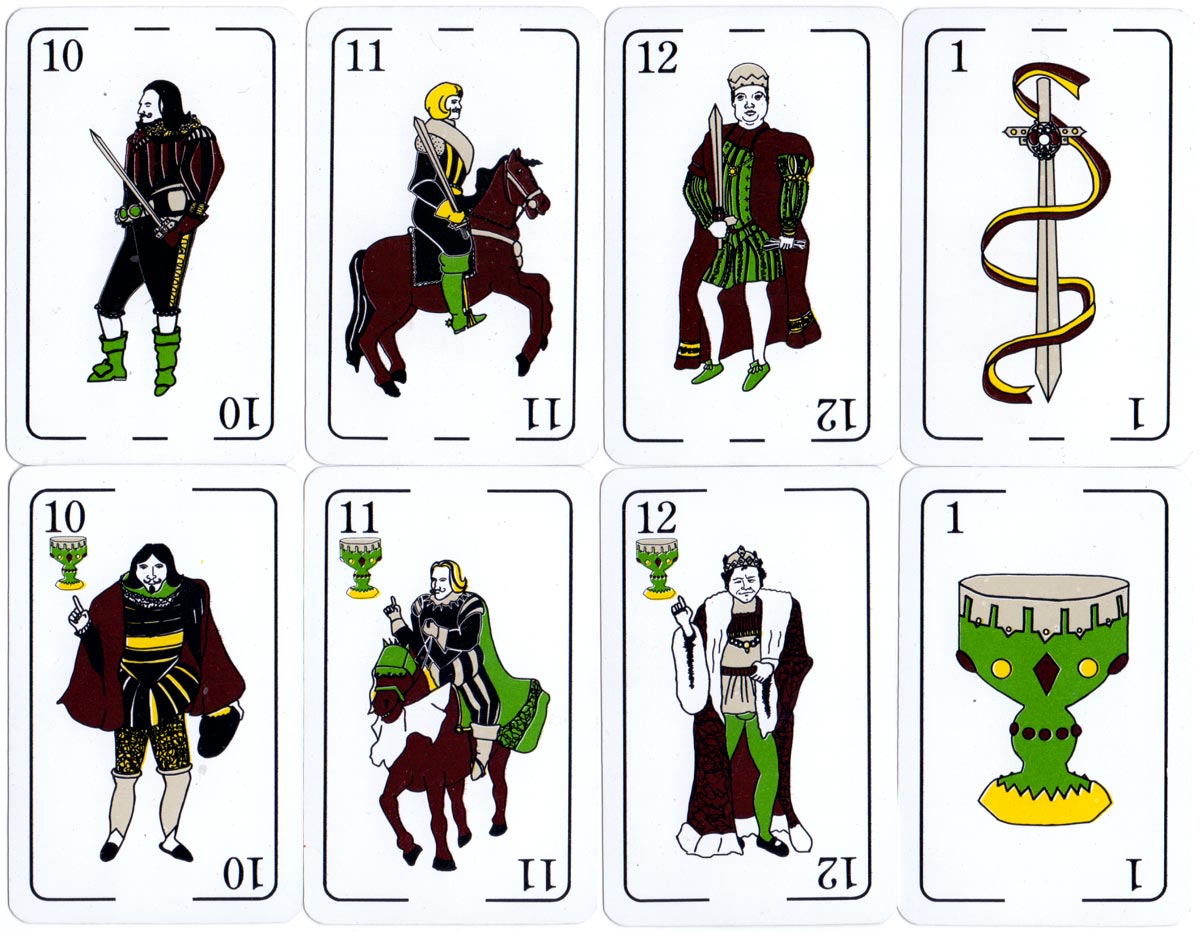 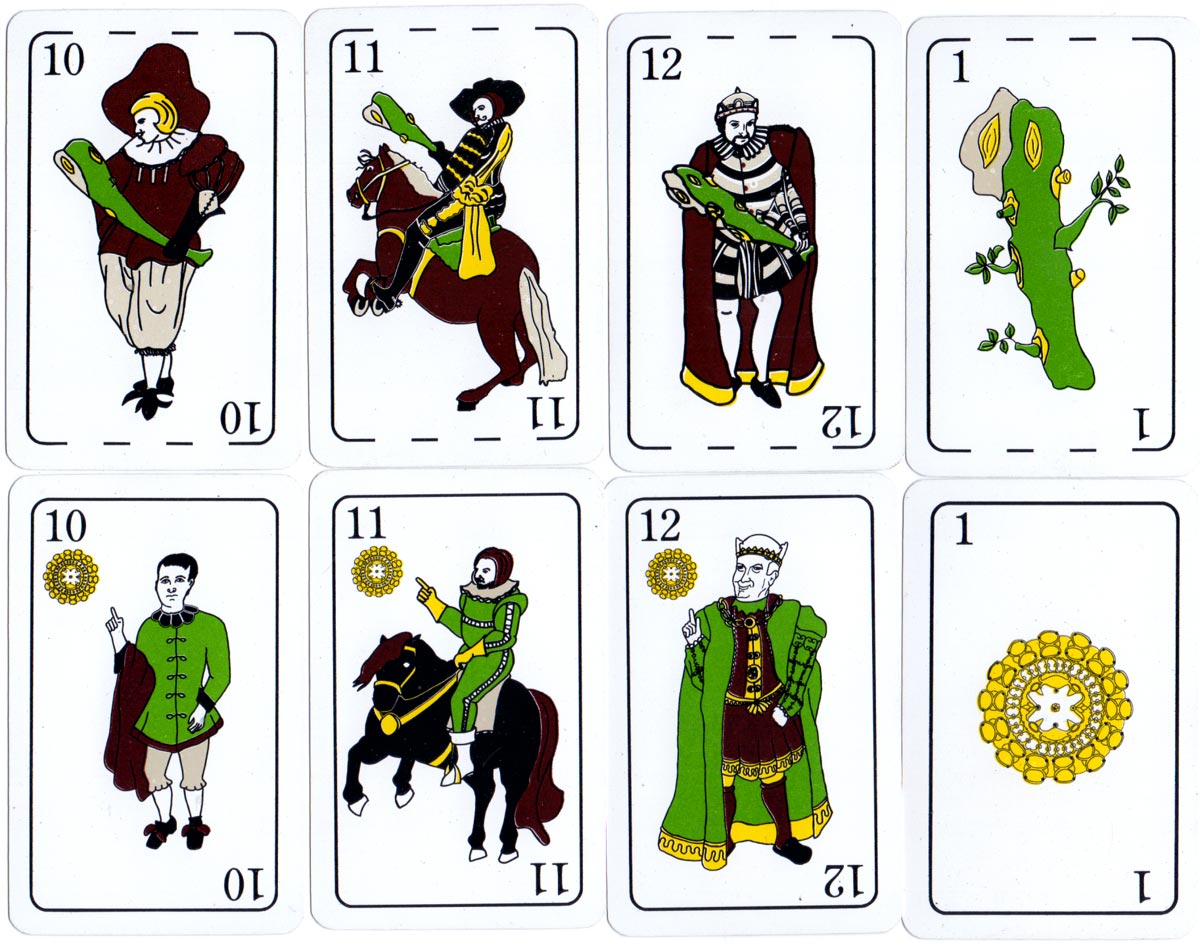 Above: Kem Spanish playing cards with ‘Paisley’ back design, 48 cards + 2 Jokers + service card + information leaflet in plastic box, inside cardboard sleeve, 1994. The cards and the box are made from thermo-plastic materials (cellulose acetate) and are very durable. The non-traditional figures, which appear to depict Spanish ‘conquistadors’, have been designed using vector graphics software.