The first Bicycle deck was introduced in 1885 by the Russell & Morgan Printing Company, Cincinnati, one of the predecessor companies to USPCC. It features the first ‘Bicycle’ ace of spades and includes a “Best Bower” joker riding a high-wheel bicycle. It was issued with seven different back designs including ‘Lotus’, the one shown here. The number ‘808’ had not yet been assigned to this brand. See the Box► 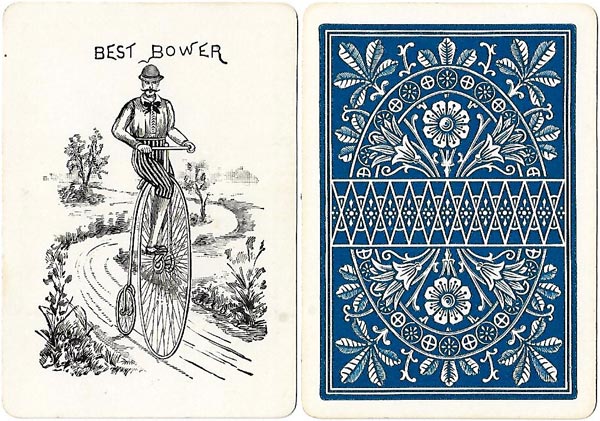 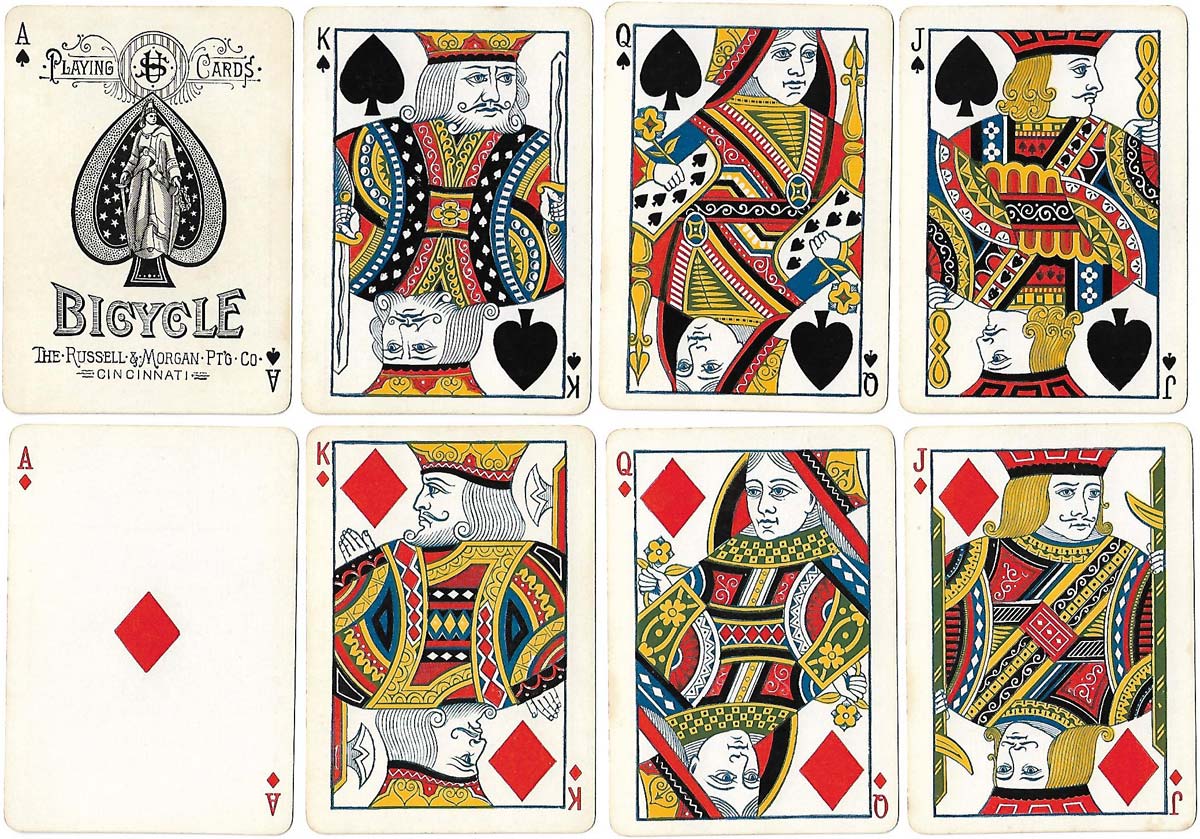 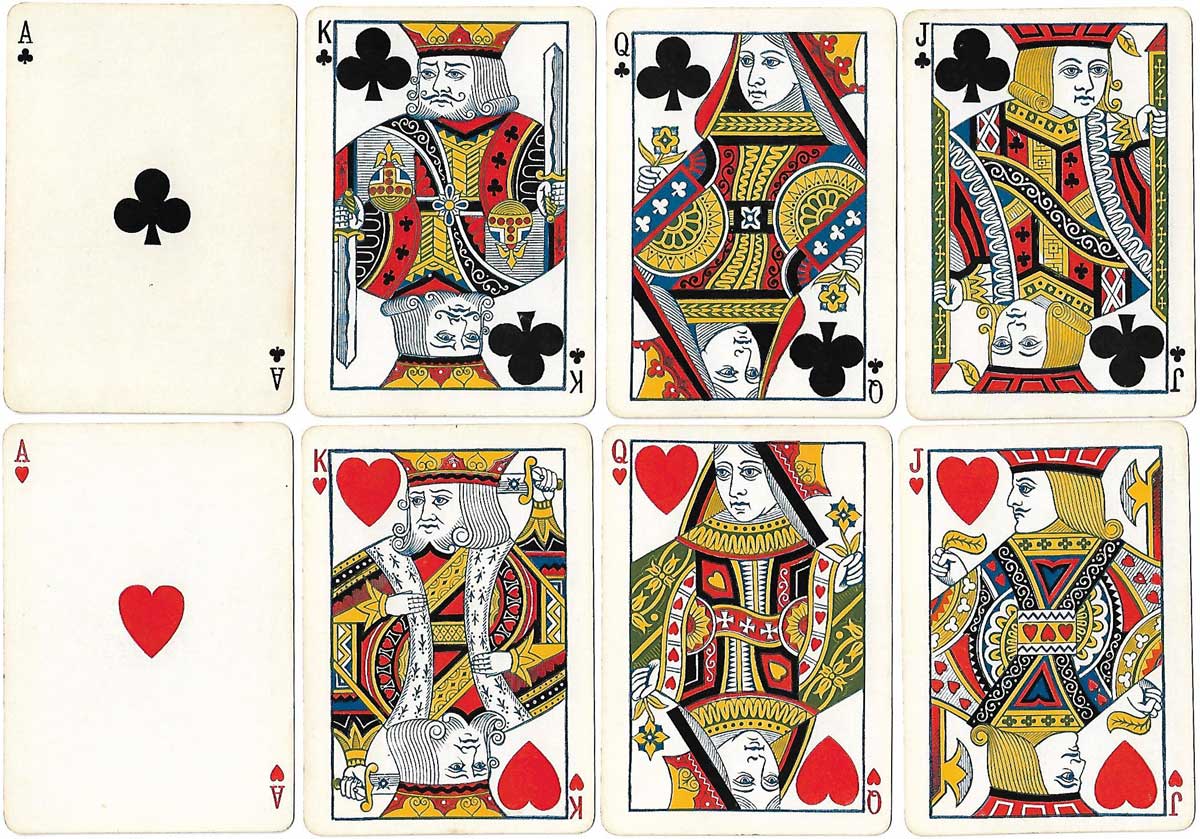 NOTE on the “Best Bower”: The game of Euchre is played with a 32 card deck running from 7 through Ace. A trump suit is involved in each hand and in the suit that is trump, the ranking is: Jack of Trump, (highest card), Jack of the other suit of the same color next highest card, followed by Ace, King, Queen, 10, 9, 8 and 7. The Jack of trumps is called the ”Right Bower’ and the Jack in the suit of the same color is called the “Left Bower”. In one version of the game, a Joker is added to the deck and is the highest trump card, ranking ahead of the “Right Bower”. From older decks, not a Joker but a “Best Bower” was included and held the highest rank. In a related German game, the Jacks are called “Bauers” so it would seem apparent as to where the word “Bower” came from. The word “Joker” was a corruption of the word “Eucher”, the game that in some versions requires an extra card, that extra card now having devolved from a Euchre card to a Joker card.