Naipes "Minifusor" tipo Español published by Difusora S.A., c.1980. The coins suit symbol shows a medieval knight on a medallion. The courts are an original fantasy quasi-eighteenth century design with each suit in a predominant colour. The king of coins is seated on a throne whilst the others are standing.

An annotated version was issued for cartomancy► 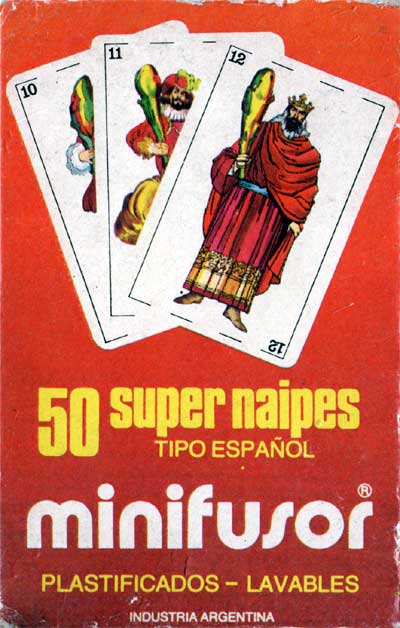 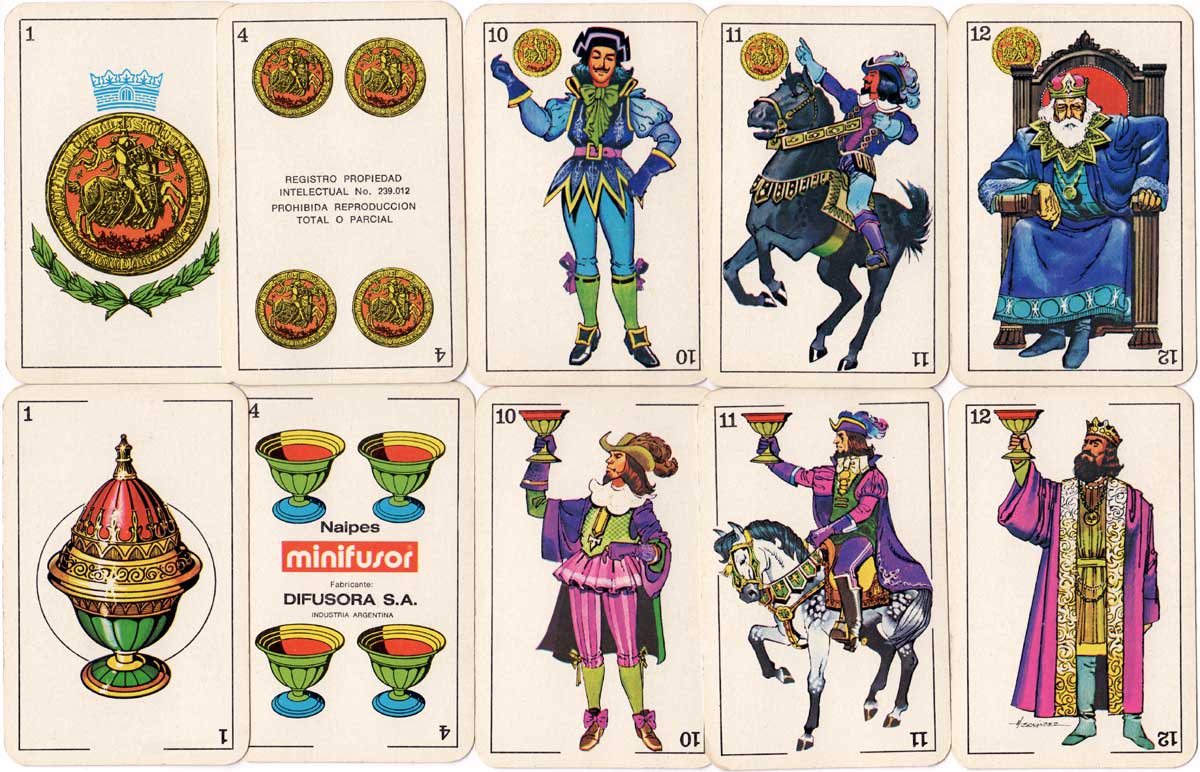 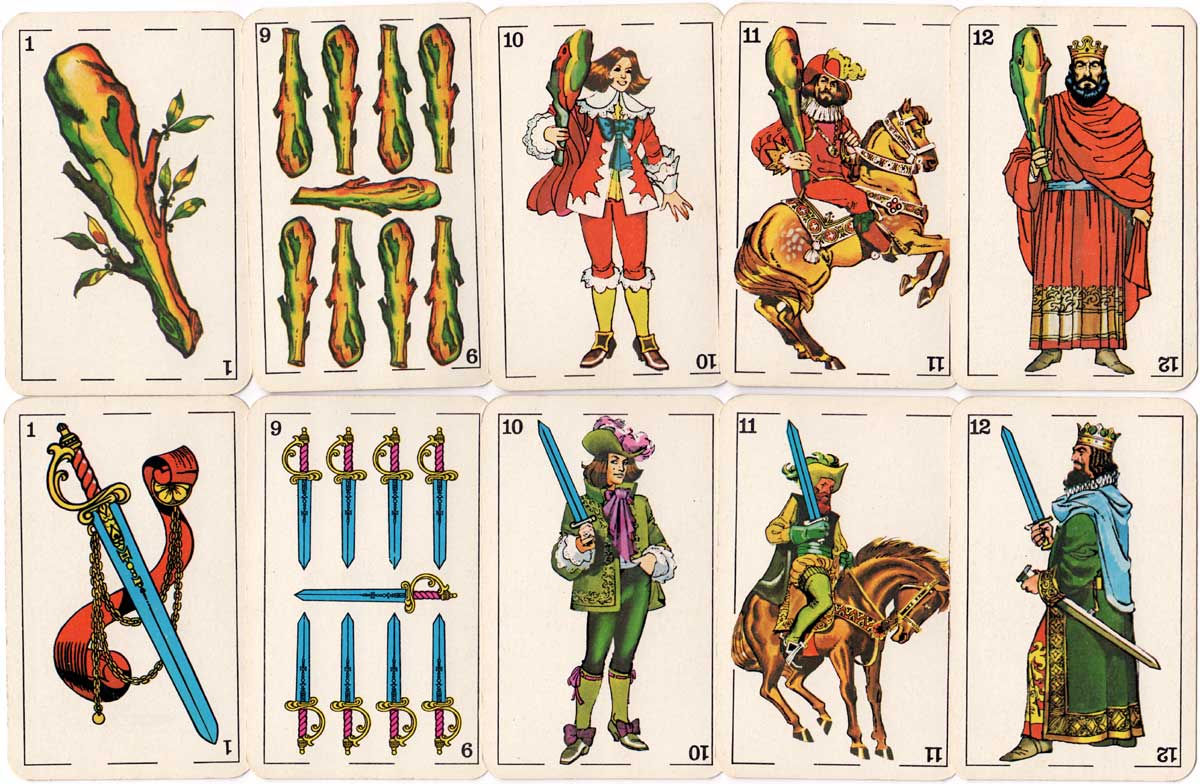 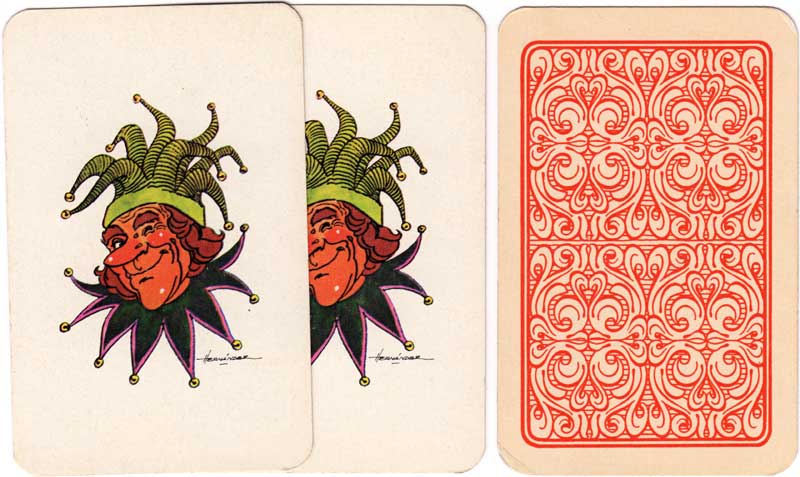 Printed on uncoated card with speckled back. 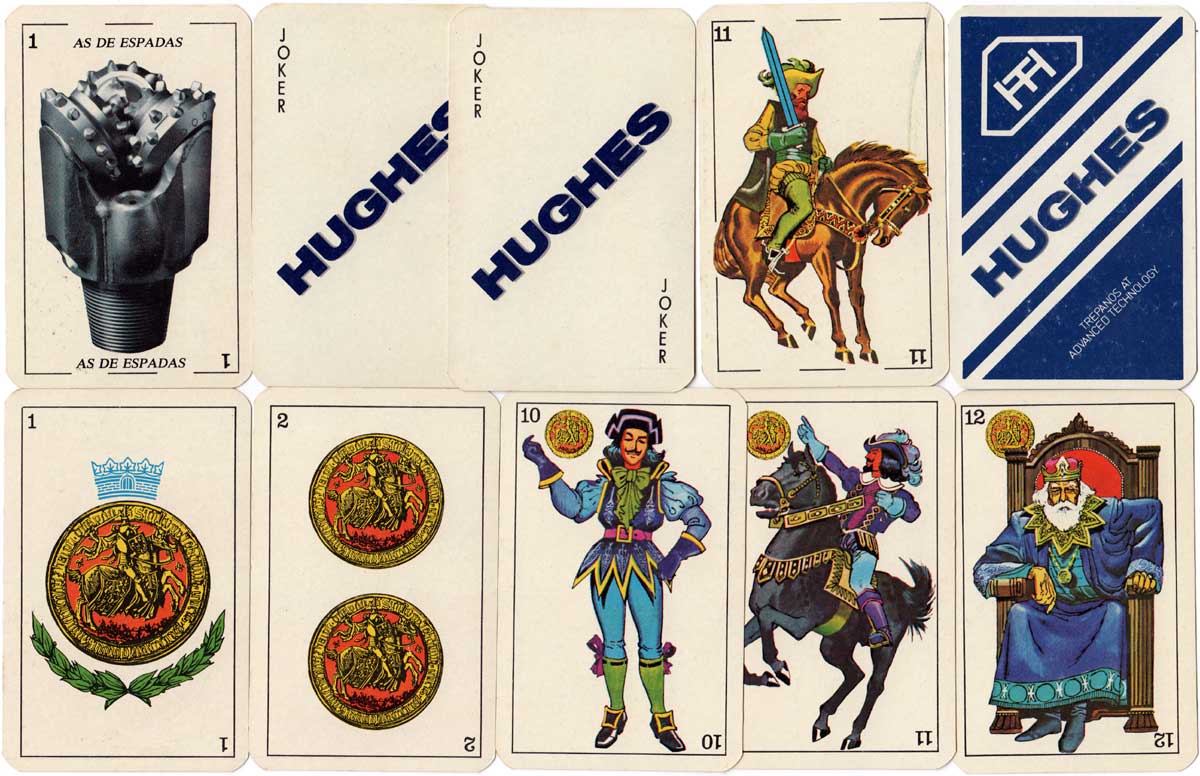 Above: Naipes Minifusor tipo Español made for Hughes, drill manufacturers, 1980s. The cards are the same as the above examples, but with special jokers and a non-standard ace of spades featuring a drill bit. See the Box► 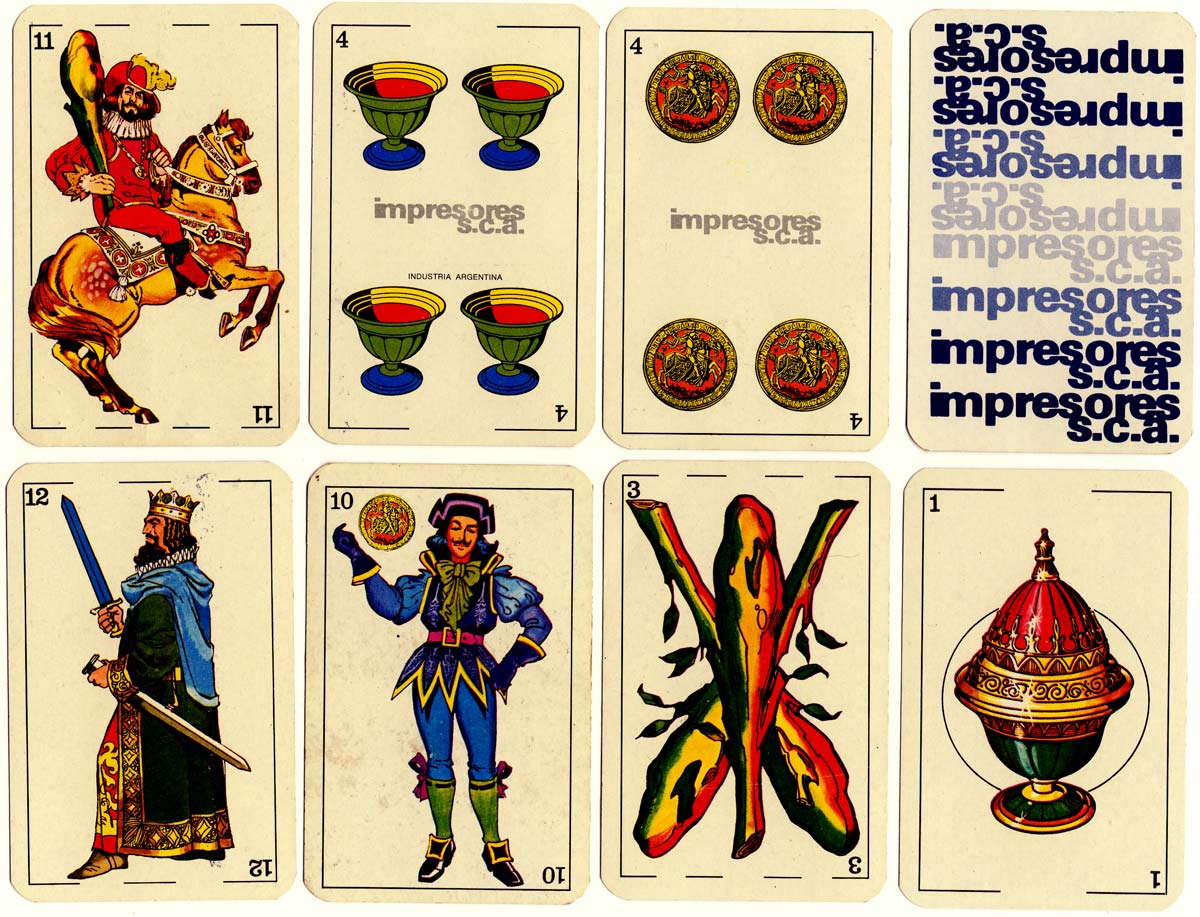