In 1930 E. Flaiban merged with Camilo Camilloni to become Flaiban y Camilloni Ltda. Playing cards were first produced in 1936: registered brands include "Tiburón", "Patito" & "Tela de Araña". Some brands were also sold in neighbouring Uruguay. The military coup of 1941 destabilised business, and the alliance was wound down in 1942. 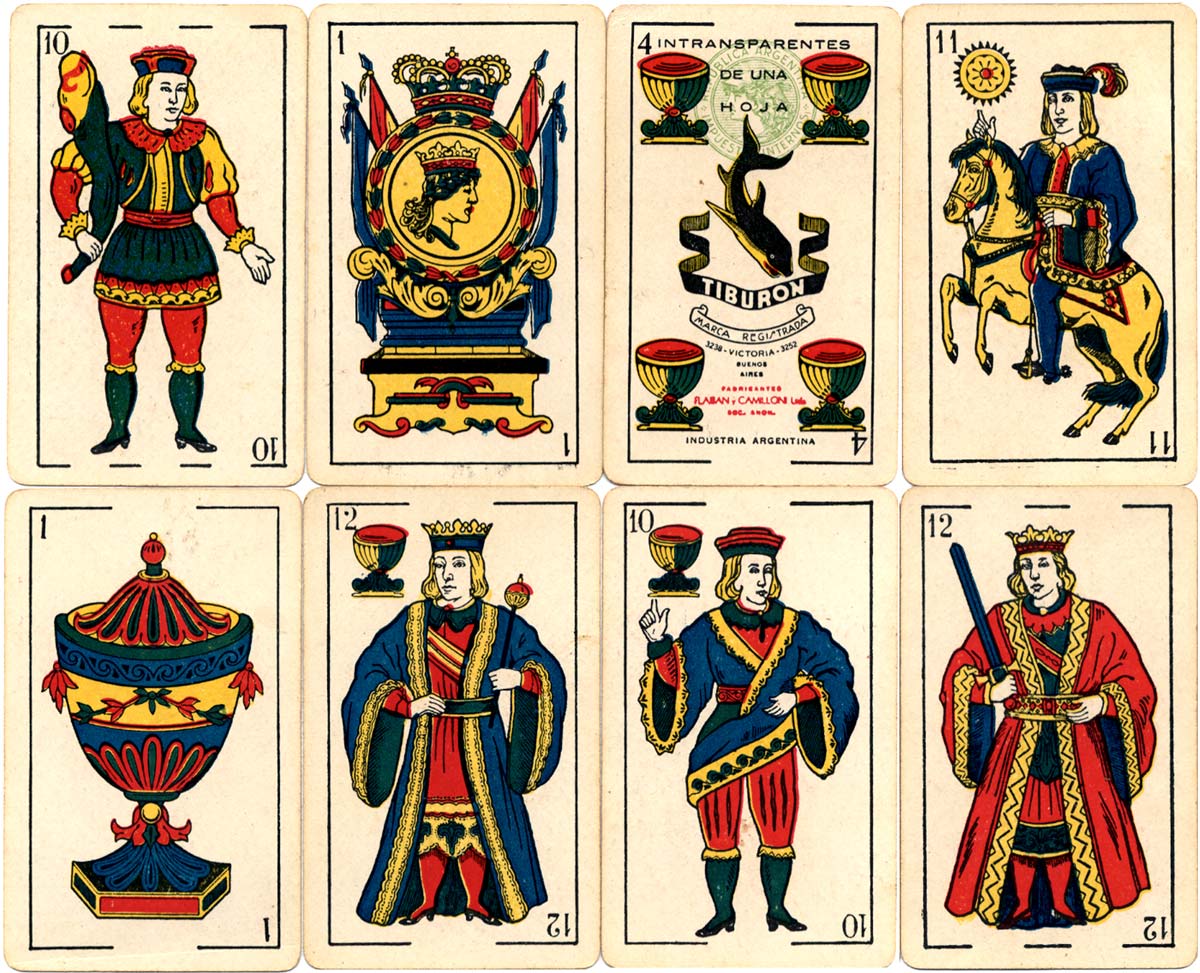