Ancient Egyptian deities or luminaries, with hieroglyphs and titles in Egyptian and English, have been aptly assigned to the 22 major arcana cards of this contemporary 78-card deck. Tarot symbolism is very ancient and includes archaic ideas which can be re-applied today. Although claims of Egyptian origin are debatable, the result is an attractive, symbolic tarot deck of universal appeal. The back design features a splendid scarab beetle (in fact a dung beetle, representing rebirth) holding a rising sun, resembling gold inlaid with blue, red and green enamel.

The four suits of the minor arcana are distinguished by textbox inscriptions and background colours. The court cards are Pharaoh, Queen, Charioteer and Page. The scarab beetle also appears on the one of coins, symbolising new energy for life in the underworld. 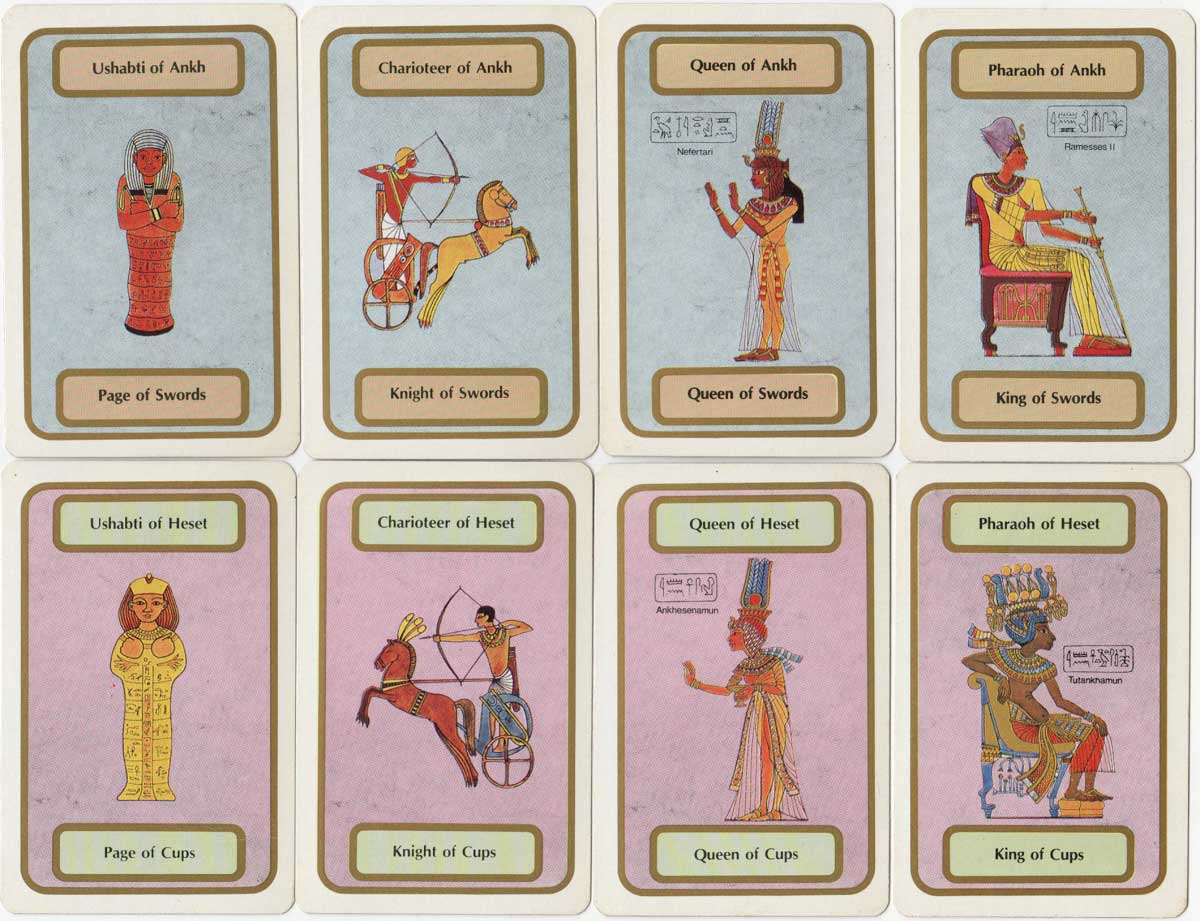 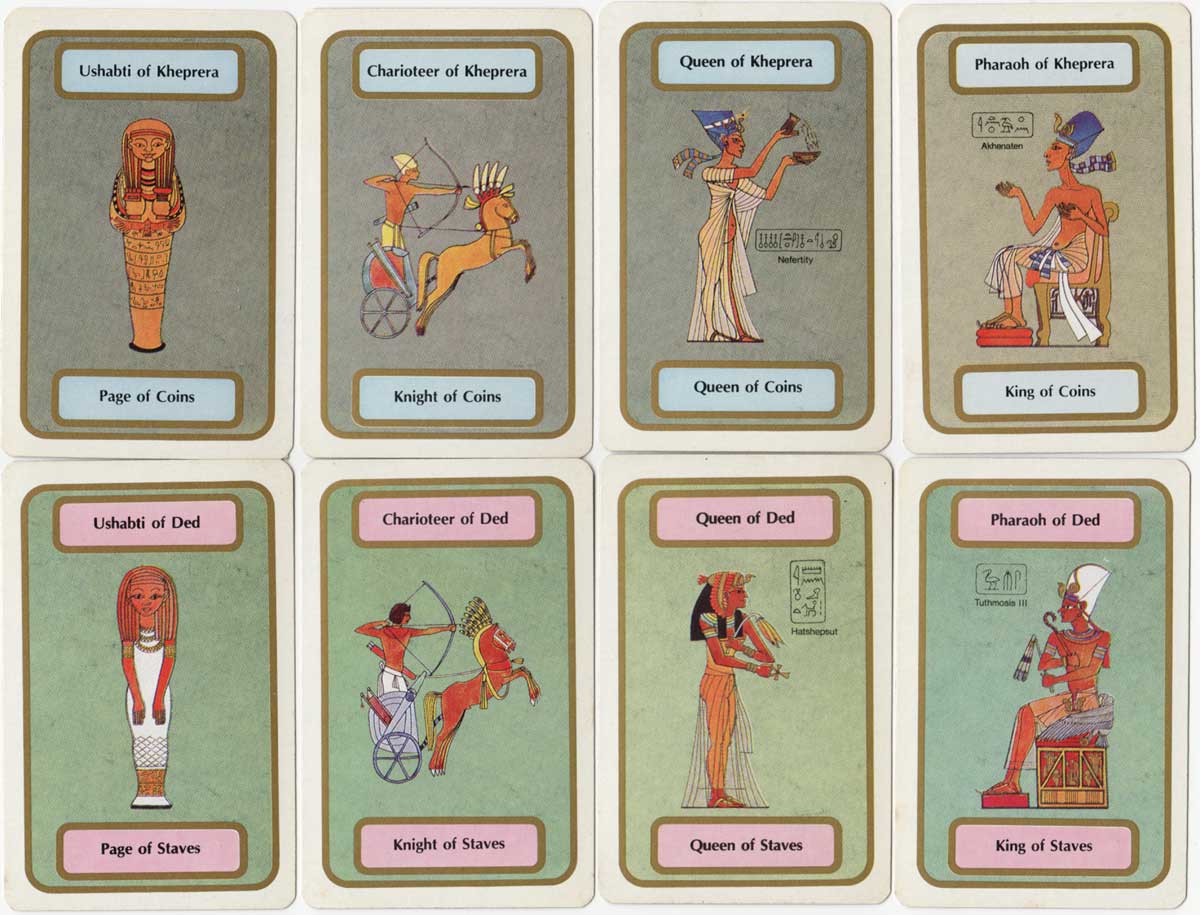