A swastika often appeared on greeting cards, birthday cards and even playing cards in the years before it became associated with the German Nazi party during the 1930s and acquired sinister connotations. Until then it was seen as symbolising good luck or anything auspicious. It has been found on artefacts since before Neolithic times. 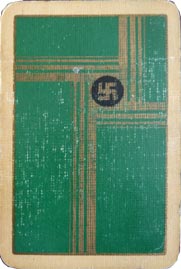 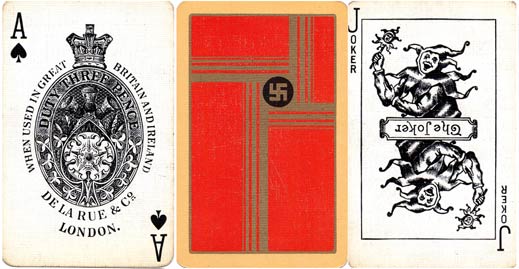 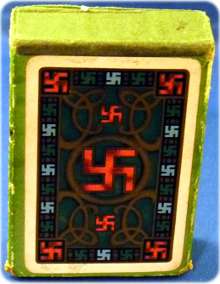 Above: Swastika design playing cards manufactured by De La Rue & Co., mid-to-late 1920s, featuring the earlier version of the De La Rue Joker as a double-ended jester with a bauble. The swastika is/was a good luck symbol and it appears facing either direction. Packs with swastikas are also known to have been made for Kendal Milne, an up-market department store in Manchester. Several fortune-telling packs have a swastika on them somewhere - including the Subject card of the Goodall Rameses pack. Thanks to Ken Lodge for comments. Images courtesy David Manners and Robert Cooper.

Below: the inside of the lid of a dual-deck of cards produced by Thomas De La Rue (with extra Goodall ace of spades) with a swastika design, c.1934. The box is unbranded, gilt edged cards. Images courtesy Matt Probert. 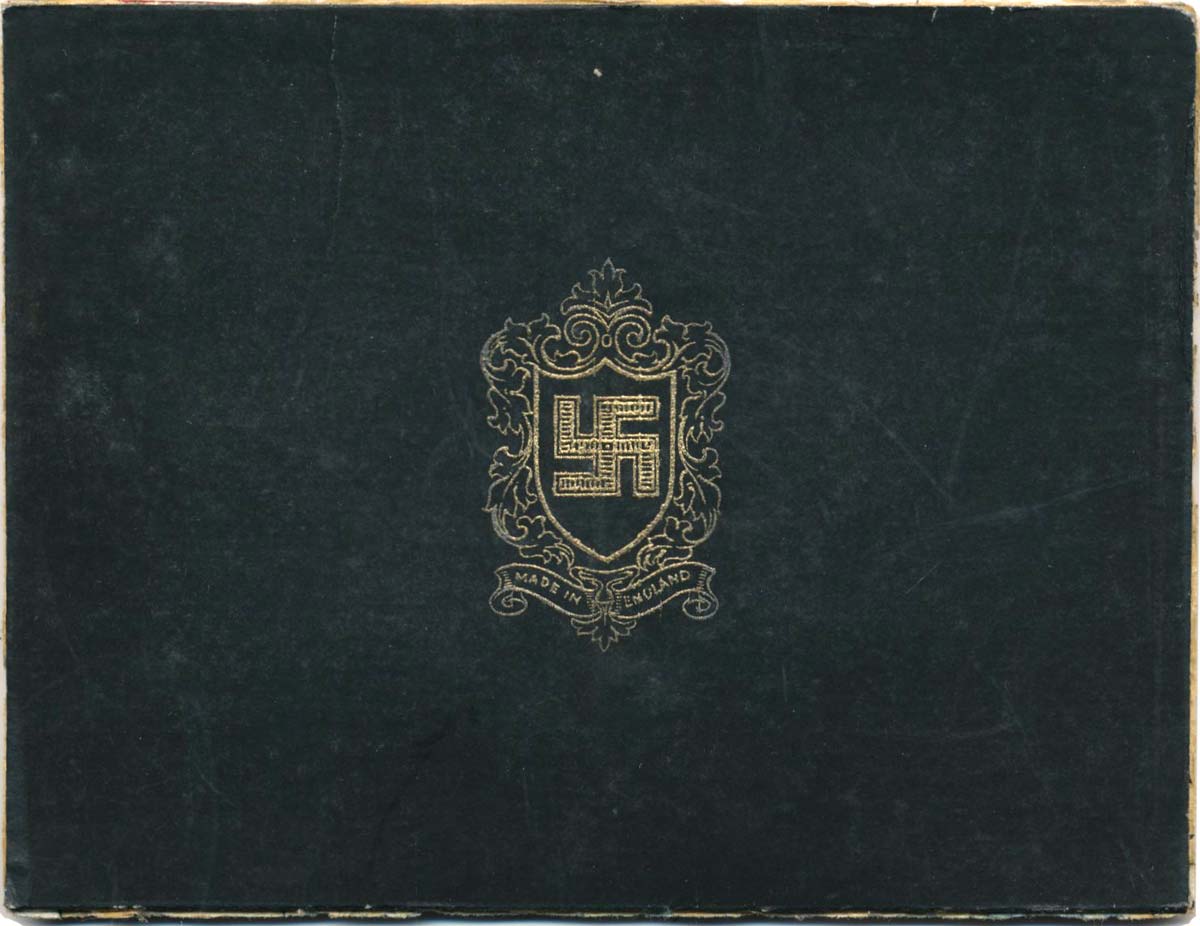 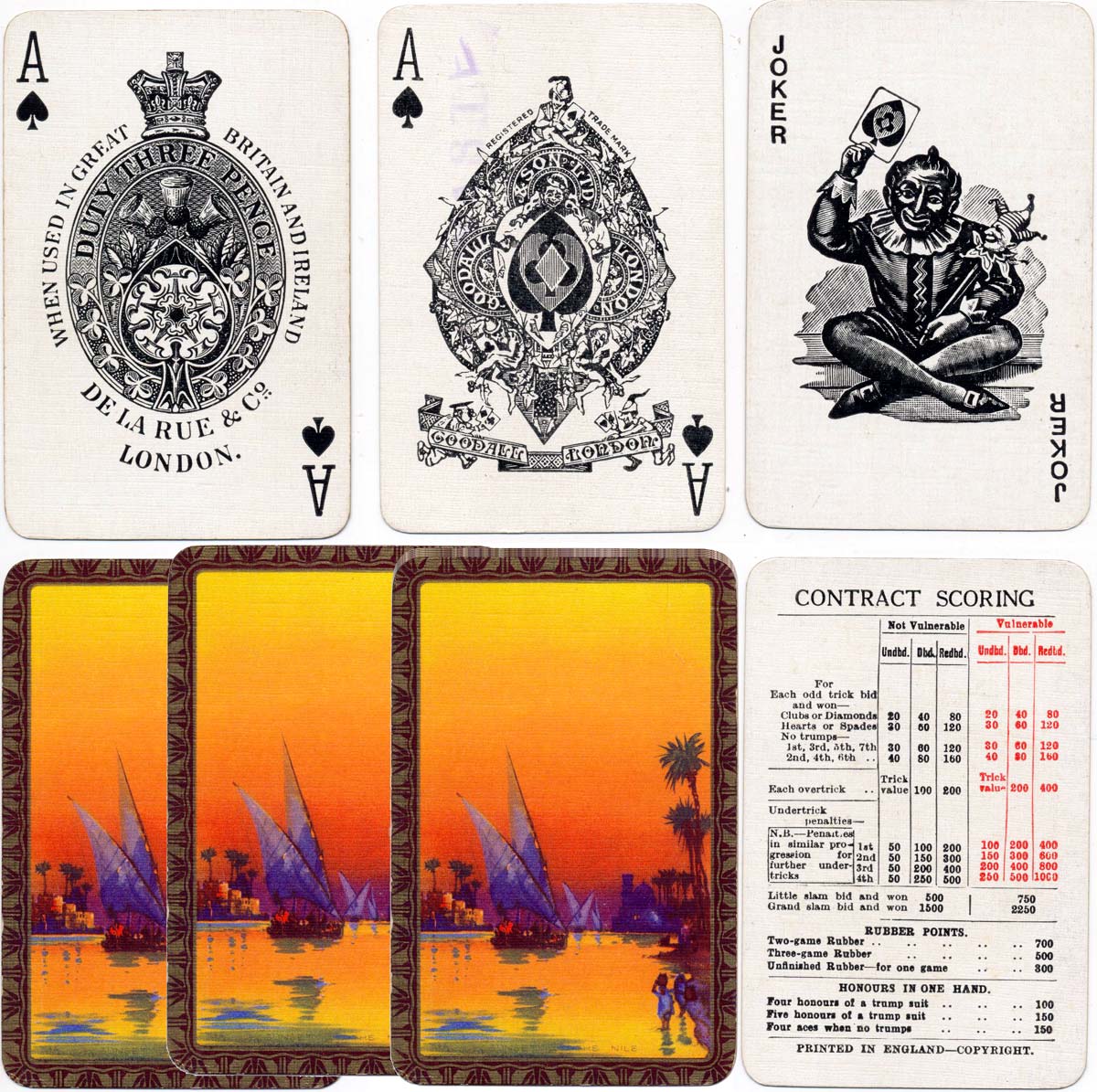 Above: from the collection of Tony Hall. 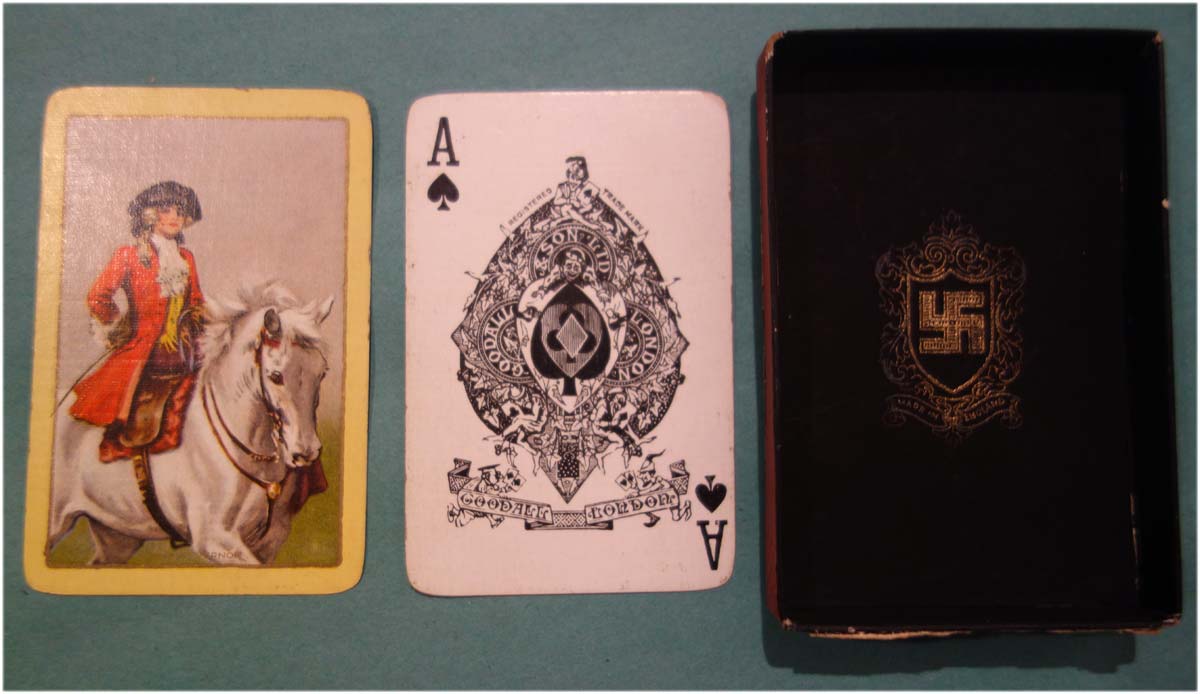 The Rameses Fortune Telling Cards were manufactured by Chas. Goodall & Son Ltd, London, c.1910, around the same time as Rameses The Egyptian Wonderworker, was performing.