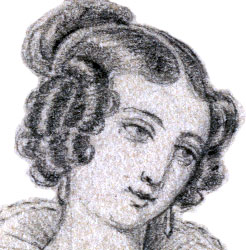 Lauritz P. Holmblad (1815-1890) ordered his earlier designs to be re-drawn and updated. Comparison of packs from this era show instances where one figure is replaced by another more imposing version. The artwork shown here provides a fascinating insight into the creative processes at work between pencil drawings on paper, with delicate rendering of local colour, light, shade and texture and the etched, printed and stencil-coloured playing cards. The artists' and models' identities are not known.

Fortune Buchholtz comments: "Several of these faces seem quite familiar to me - they are highly reminiscent of various royal portraits in the Danish Rosenborg Castle. This opened to the public in 1838, so by the 1845 these portraits would have been well-known to the educated in Denmark." 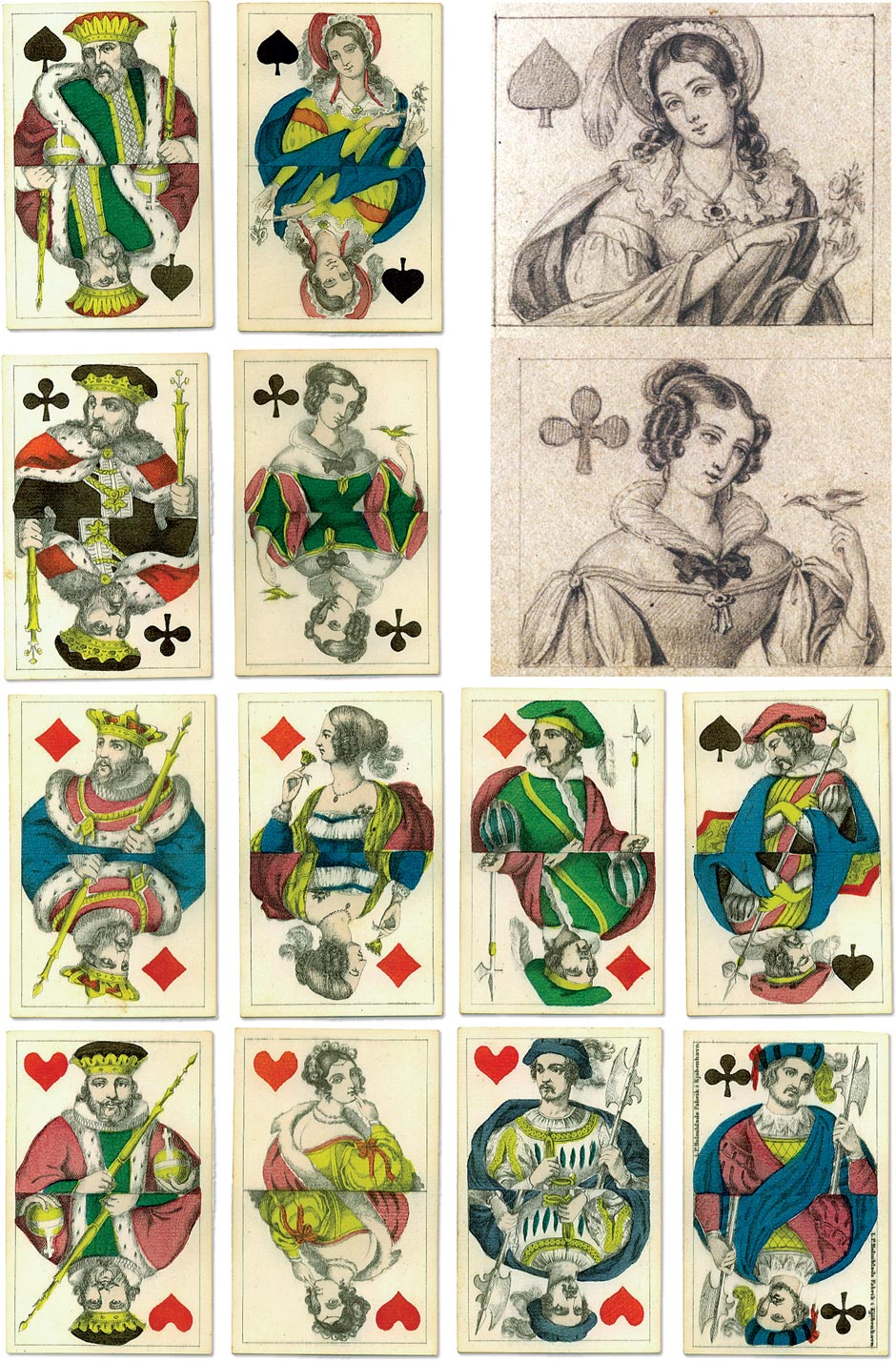 Above: an early L. P. Holmblad deck, c.1845 and some of the original drawings. The royal licence had been transferred to him in 1841 so by making his new playing card designs highly reminiscent of royal portraits perhaps he was seeking to establish a reputation with the best clientèle. All images courtesy Hans J. Hinrup.