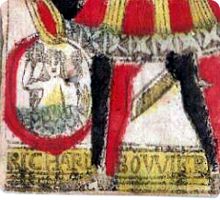 The assorted antique, single-ended playing cards shown below are examples of the French 'Paris' pattern from the seventeenth century. The Jack of Clubs has a mermaid in a small medallion, and the name Richard Bouvier who was a seventeenth century manufacturer working in Rouen and/or Abbeville. The colour scheme including purple is also present on the Jack of Spades (third card, top row) who has a small dog by his leg. The other cards have a different colour palette and may be by a different maker; also the differences in the shape of the suit symbols suggests different makers and dates. As was the custom in France at this time, the cards are named from characters in epic narratives or heroes of antiquity. 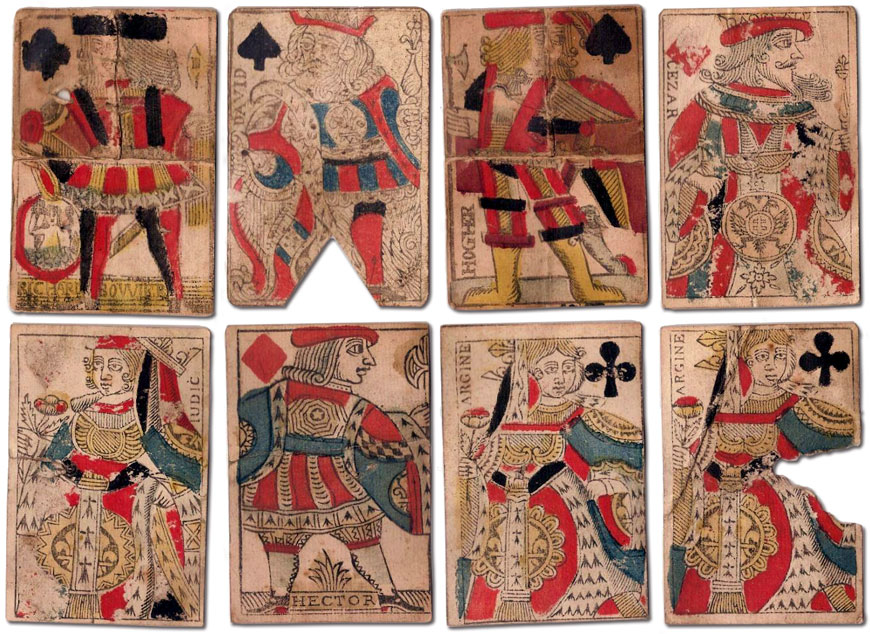 Above: assorted seventeenth century French playing-cards, one of which has the manufacturer's name Richard Bouvier (Jack of Clubs). Woodblock and stencil printing. The cards appear to have been used for various secondary purposes (see below). 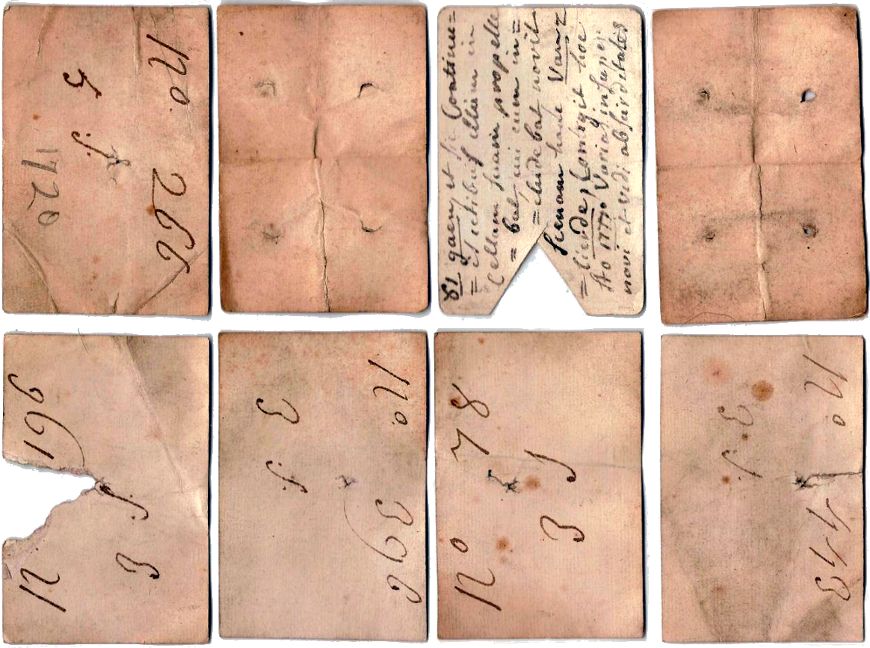 Above: the reverse of the cards reveals several different secondary uses, which are not obvious to explain. Some cards have been folded and pierced, maybe used as stiffening, whilst others have been used for writing various pieces of information.