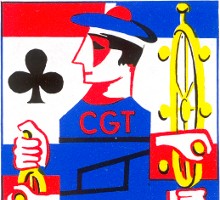 A special non-standard pack of playing cards was designed by M. Marie for the maiden voyage of the transatlantic liner S.S. France in 1962. The four Aces depict previous ships named “France” and the court cards show typical crew and passengers from the respective eras; note that these are different at each end! The colours of the tricolour French flag predominate in the designs. The S.S. France, the longest Atlantic liner at 1035ft, entered service in 1962 and was CGT's last flagship, succeeding the great Normandie and Ile de France. She was withdrawn in 1974 on the removal of government subsidies and laid up at Le Havre until 1979, when she was bought by Norwegian Cruise Line and renamed Norway. See the Box► 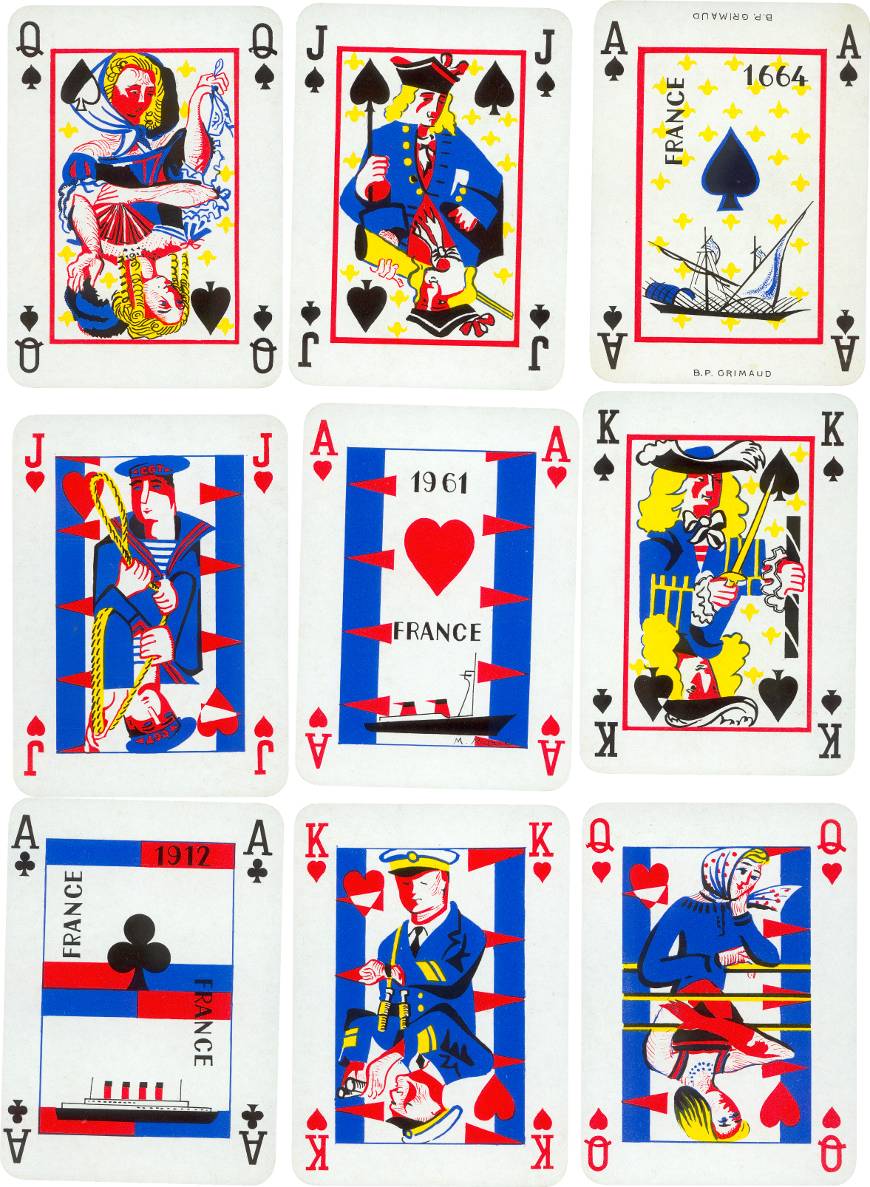 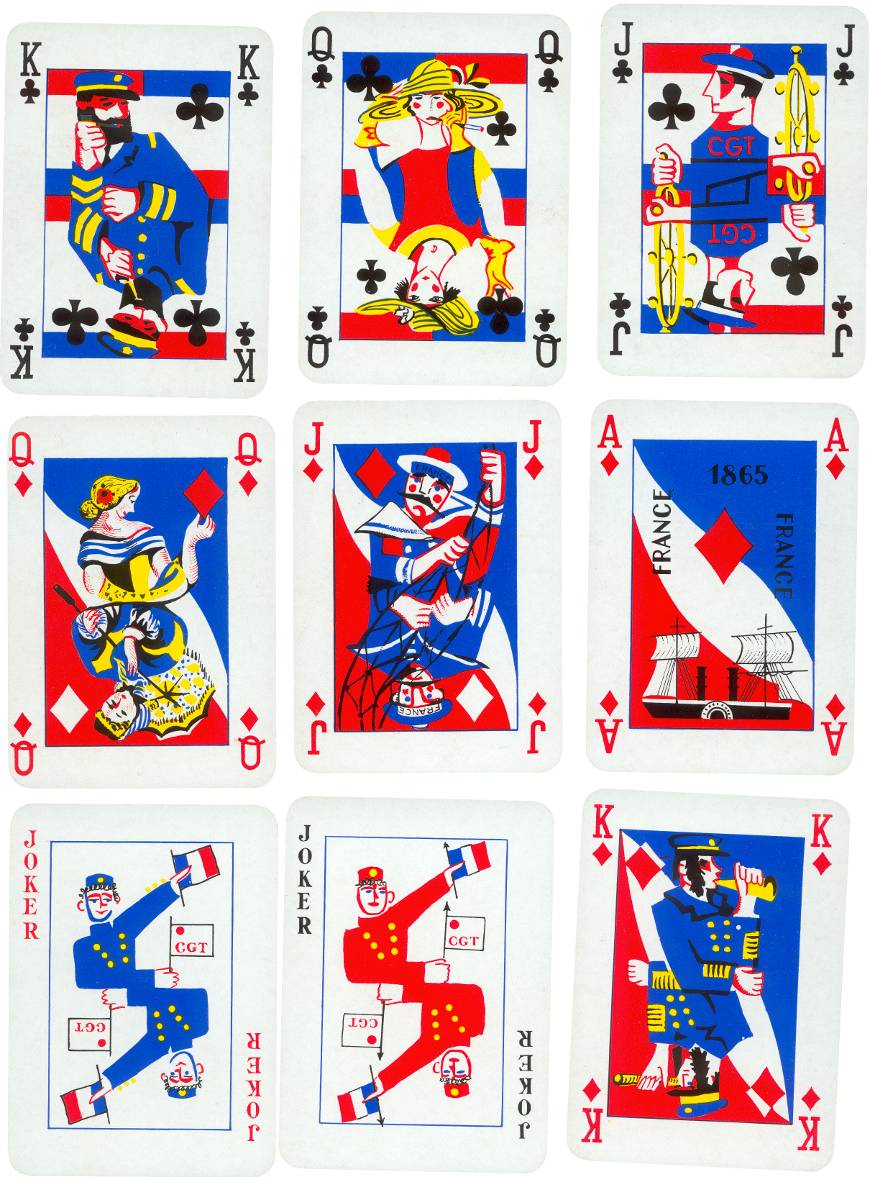 Above: S.S. France playing cards published by B. P. Grimaud, 1962. The 2 Jokers depict 20th century cabin boys of the French Line. The ship was owned by Compagnie Generale Transatlantique (CGT) known as “The French Line” in English-speaking countries. For further reading see: Cooper, Michael, “A Pack by Grimaud for the Liner France”, in The Playing-Card, Journal of the International Playing-Card Society, Vol.34 No.2, Oct-Dec 2005, pp.137-139.