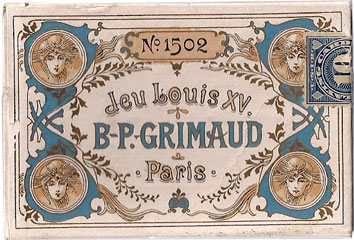 B.P. Grimaud of Paris issued this very ornate costume deck called “Jeu Louis XV No.1502” in c.1895. It has been so popular that it has been re-published on numerous occasions and is still available today in modern re-prints or facsimiles. The original cards are printed in chromolithography.

They were often sold in double sets for playing Whist with differently coloured backs. The box (shown right) has an American import tax stamp affixed. The Ace of Clubs has the French tax stamp. 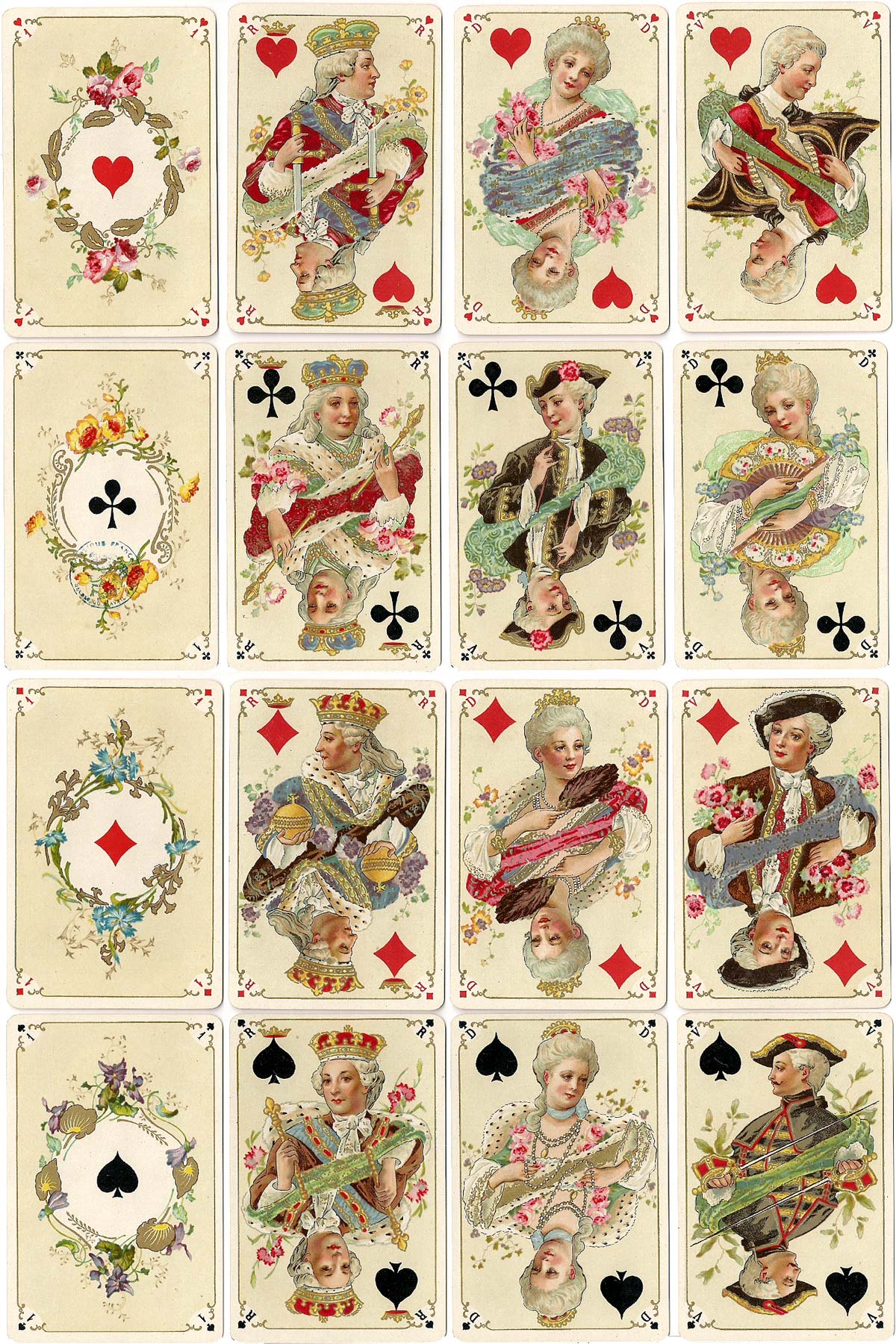 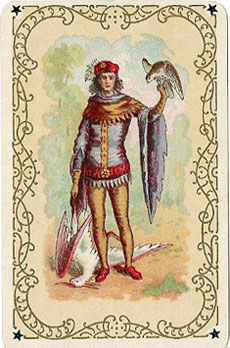 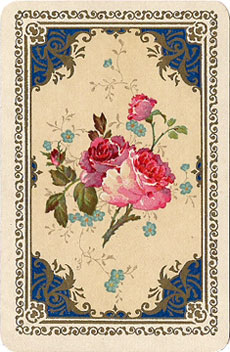 Above: Jeu Louis XV, published by B.P. Grimaud, Paris. The deck was originally issued in c.1895. The number on the box is 1502. On the side of the box is written "53 Cartes Whist" and a Joker is included. The Joker was included in later issues of the deck. In earlier editions, on the side of one box is written "52 Cartes Whist" and yet it includes a blank card, not a Joker. It is also numbered 1502. Another deck has the same box but the area where the number should be is blank. The inner wrapper, however, has the number 1501. This deck has a totally different back design. The box states that there are 52 cards, which there are and there is no Joker. The back design is always the one that is found with 1502; it comes in two different colours. I think that the change in number indicated the change in back design. In any event the back design of 1501 is extremely rare. All of the decks are gold edged. Images and notes courtesy Rod Starling. 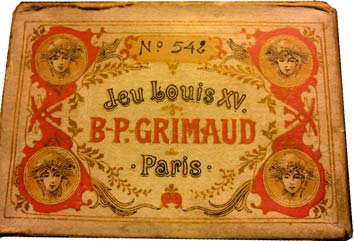