Round the World Families published by the London Missionary Society, c.1945. The game has 48 cards with 12 sets of four cards representing places around the world where the Society’s missionaries have carried out missions among the local population. Each of the families of four has a picture of local people and how they were being helped and a picture of one of the missionaries from past or present who had been connected to the place illustrated. The game is played like ‘Happy Families’. See the Rules► 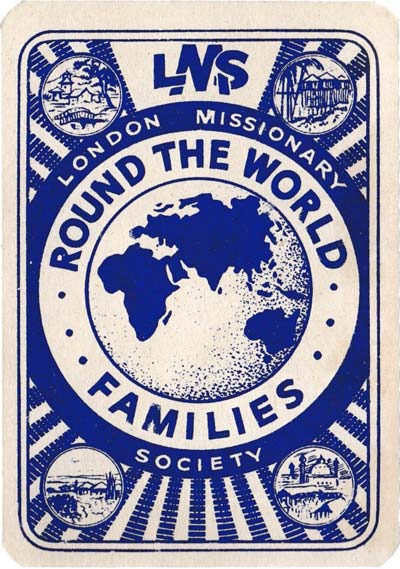 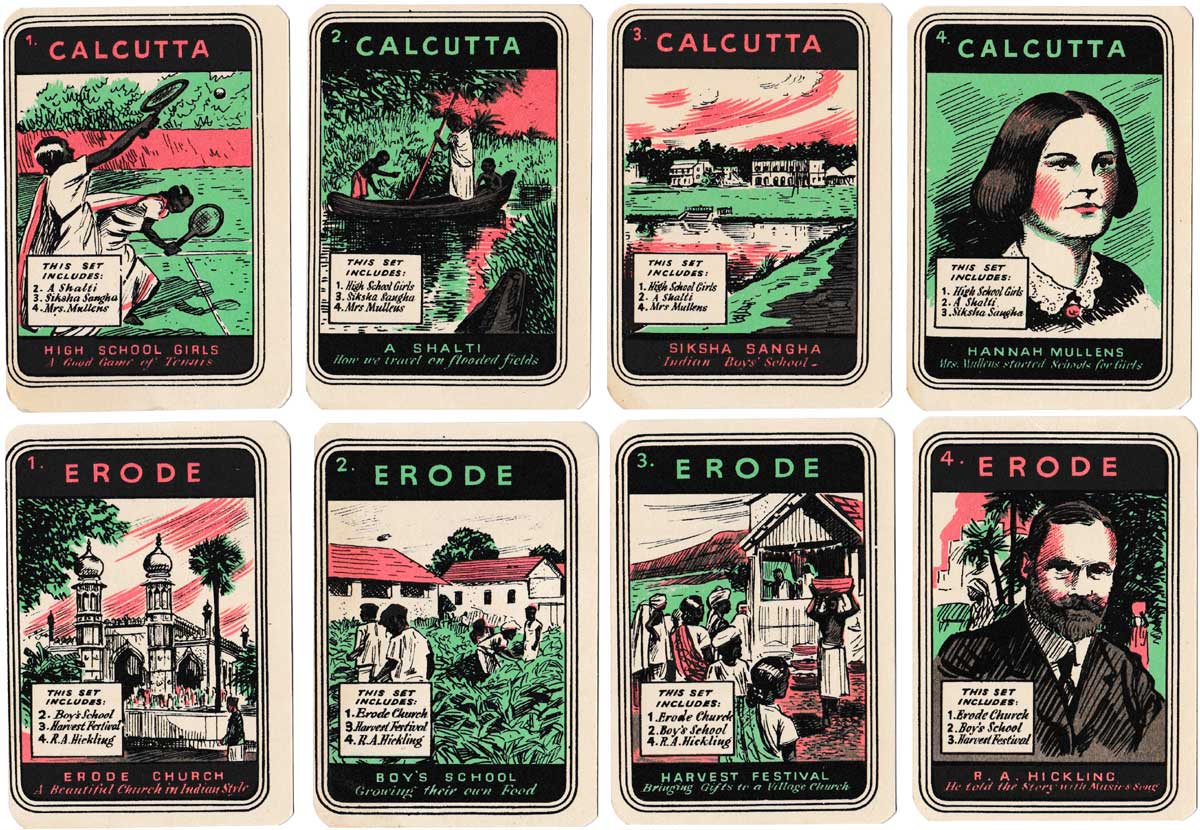 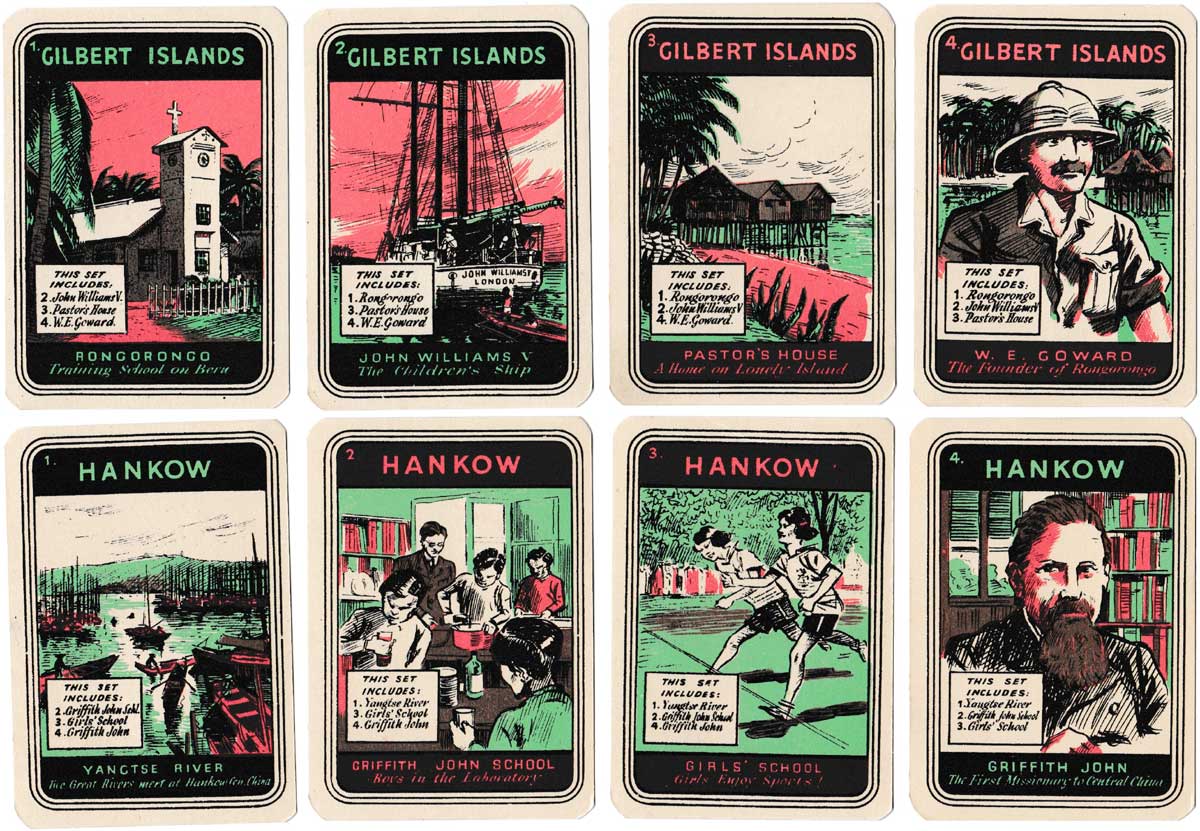 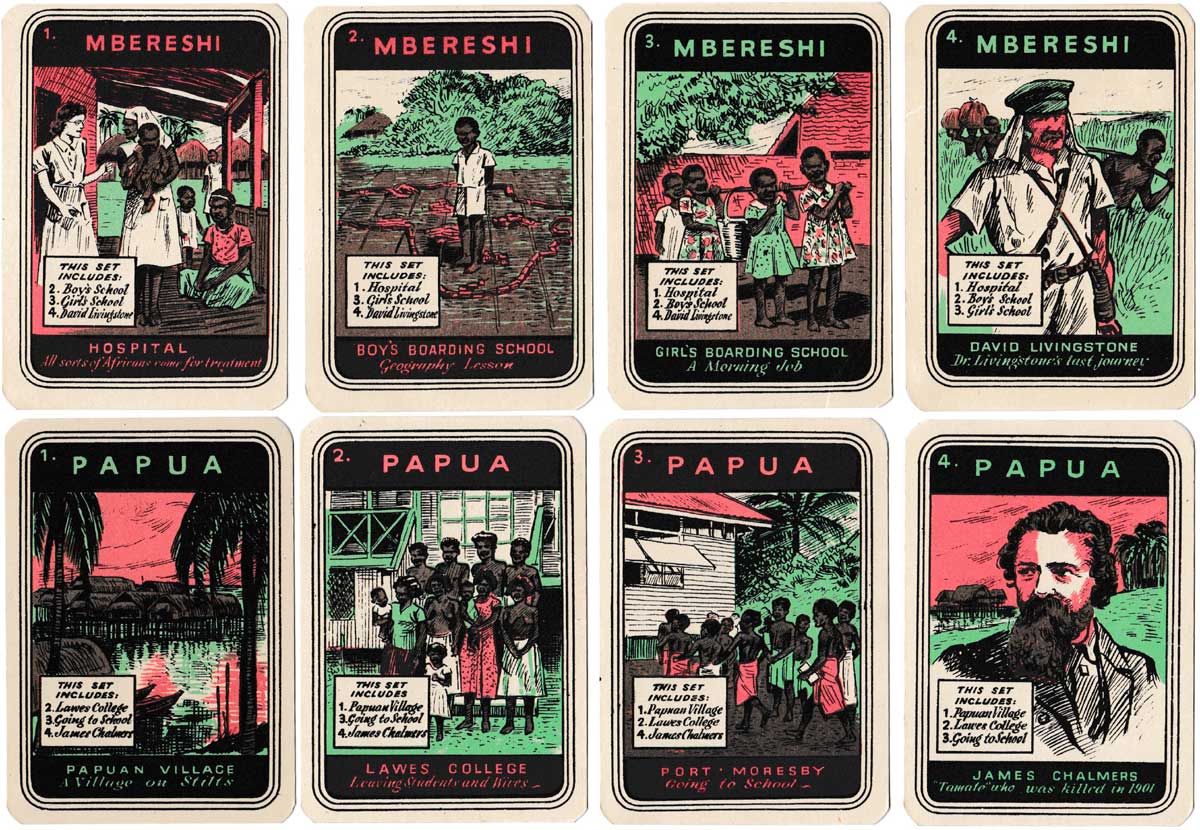 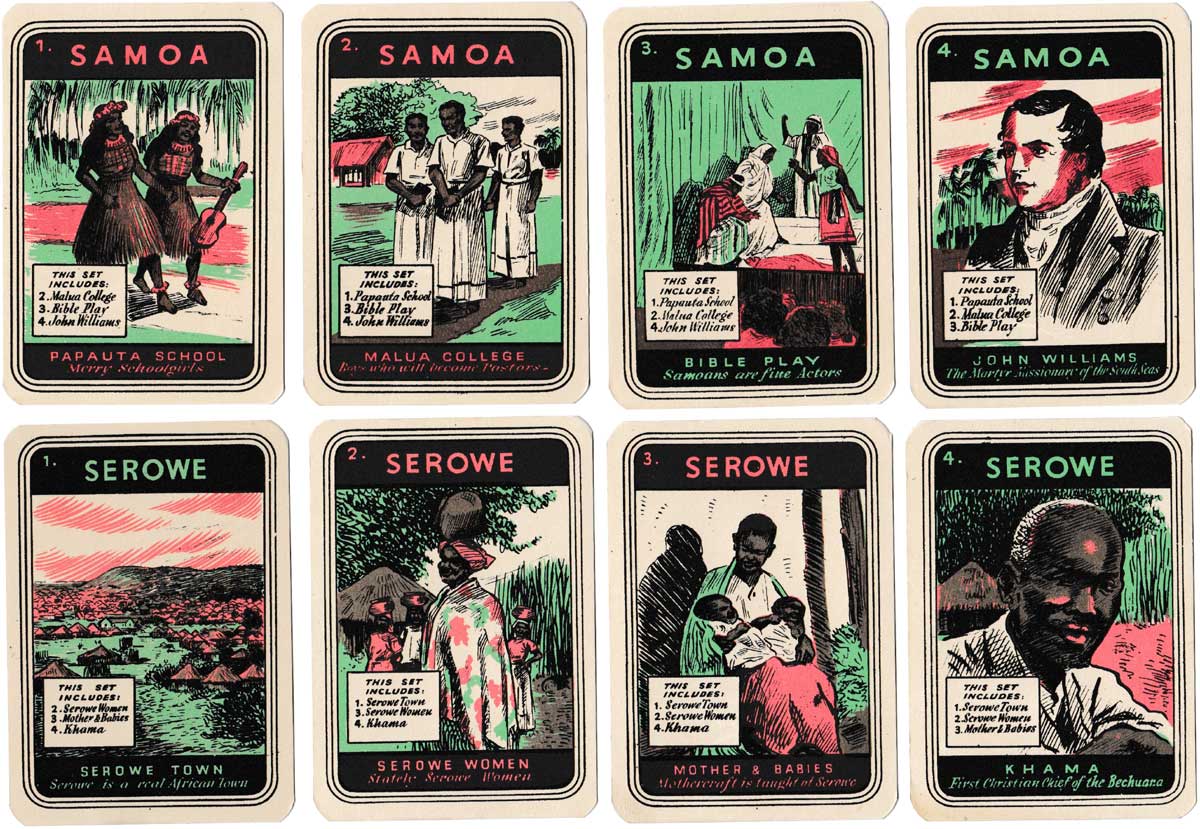 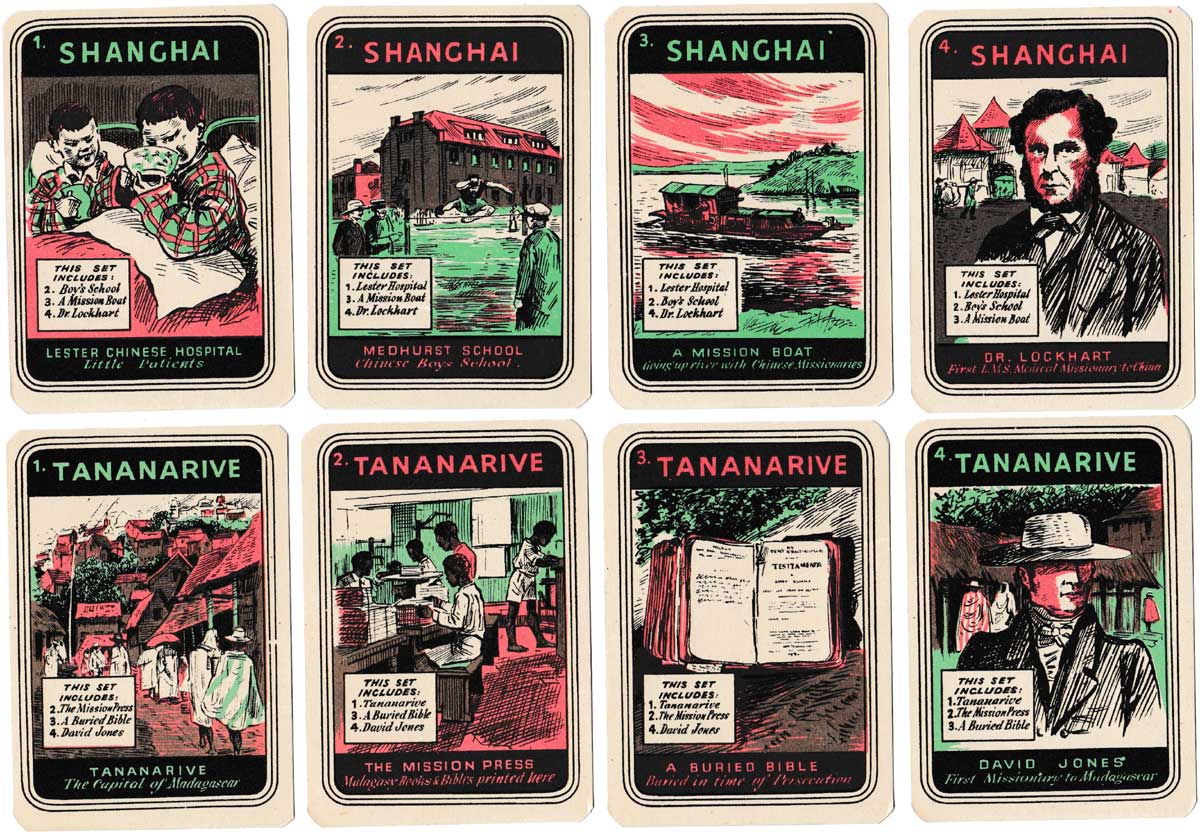 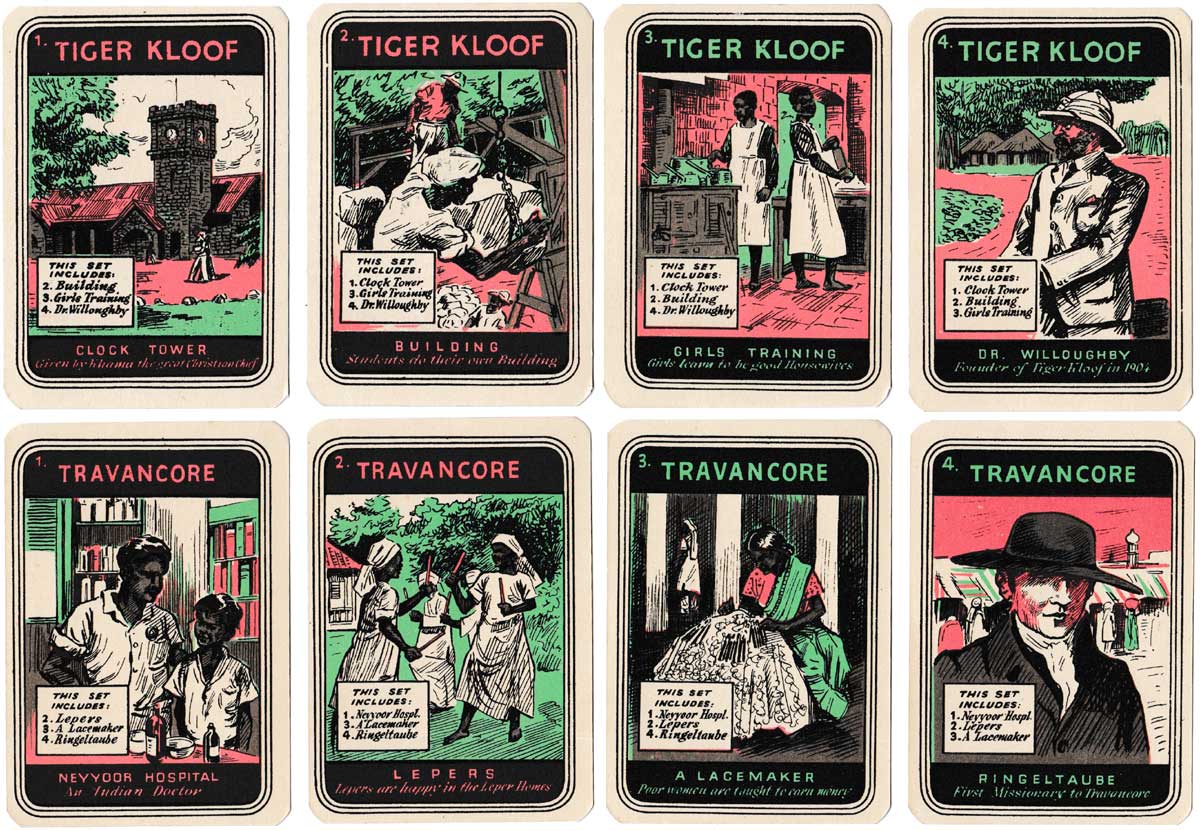 Above: Round the World Families published by the London Missionary Society, c.1945.

The Society was founded in 1795 and became involved around the world prioritising education, especially for girls, school and church building and installation of printing presses to be able to print the bible on site. As an example look at Erode (India), the no 1 card illustrates the famous so called “Brough Church”, built in 1927-1936 by Rev Anthony Watson Brough and named after him. He was a prolific builder who built 94 schools and 20 churches for the mission.