Wüst Spanish Cadiz pattern deck for export to Cuba c.1910-1920, advertising ‘Tropical’ beer. The Wüst star can be found on the Ace of coins, but the maker’s name is otherwise only to be found on the box. None of the court figures wears a moustache. Earlier editions of this pattern were produced by Wüst since the late 19th century with legends on several cards and sometimes with the Wüst star on the Jack of swords. 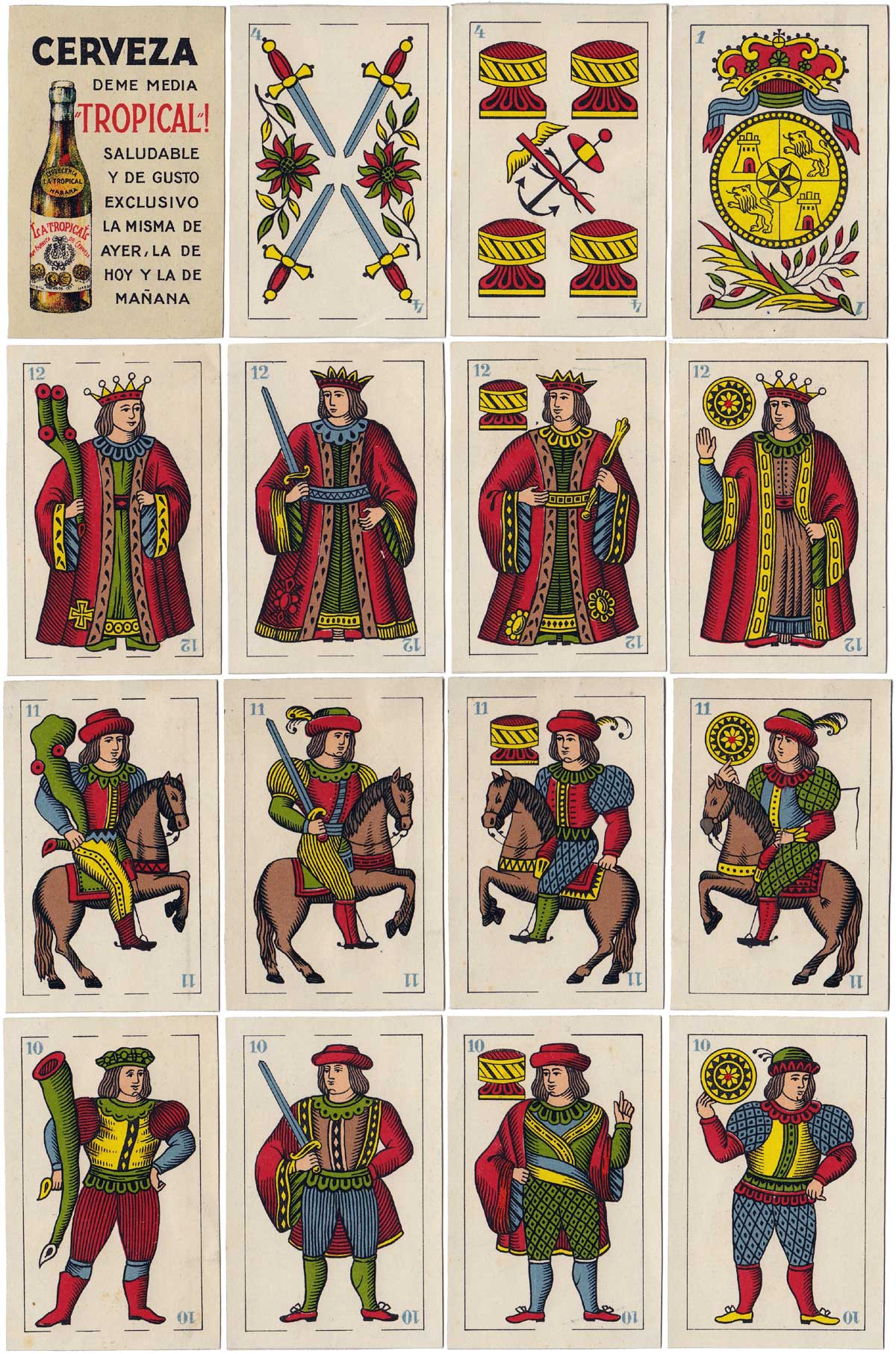 A later edition of the same deck but with rounded corners was printed from different lithographic stones. Some difference can be seen in the design on the coins and cups. These Spanish Cadiz pattern designs were also used in 1952 by Müller & Cie, Schaffhausen►

Above: later edition of the same Wüst Spanish pattern deck for export to Cuba, but with rounded corners and from different lithographic stones. c.1920. 48 cards. All above images courtesy Paul Symons.